“You may perform the moves without consciously seeking the demonic trance they were designed to help you attain, but it would seem you are playing, quite literally, with fire,” Matt Walsh wrote for the Daily Wire.

“I don’t think all yoga practitioners go to Hell,” he wrote. “But neither do I see how a pagan ritual could ever help someone get to Heaven, and maybe that’s reason enough to leave it alone.”

It's kind of amazing to see all of the Christians who think nothing of going to a yoga class. There are many excellent ways to get in shape that do not involve participating in Hindu worship.

The best comparison for Yoga would be the Ouija board. Yes you can play it "just for fun" without any ill intent, but still you are participating in something that was designed to conjure spirits. Better to just play Monopoly or something. Why mess around with it?

I have noticed that many Christians really do not believe that evil spirits are at work in the world at all. They laugh at the idea right along with the atheists. They seem to think the Devil is a myth yet they pretend still to believe in God. They are making a dangerous mistake

Here are some of the responses:

I know a Christian family that once did yoga. They all spontaneously combusted & their relatives got charred letters that said "We are in hell now; don't yoga." https://t.co/d240w4X5nB

The Ouija board was designed as a fun party game and only later had "spooky" connotations added. Calling yoga "Hindu worship" is completely ignorant. Matt Walsh is a superstitious buffoon who apparently can't do a google search. https://t.co/XCo7VHk4r2

What’s it like to be this scared of everything dude

My friend sneezed and I said ‘gesundheit’. Now we’re both German. I should have been more careful.

I don’t know, man. One minute, you’re in downward dog, and the next minute, you’re ambushed by Ouija boards and accidentally become one with the universe. Can’t be too careful these days.

Additionally, Jesus didn't jog, people! Track was invented by the ancient Greeks, who were pagan idolators!

it's really funny that you're afraid of yoga

I’m pretty sure God knows I’m all about yoga to get the kink out of my lower back and try to tone my fat body. My God is sharp enough to know there is not even a tad of idol worship but some straight up sweating and muscle burn.

Yoga is a form of worship, but this guy's tweet is extremely ignorant.

Honestly, it’s opinions like this that give Christians a bad name. How could you not mock somebody based on this way of thinking.

no one tell him about Dungeons and Dragons.

PHOTO GALLERY
What Yoga Looks Like Around The World

Christian Blogger: Yoga Was Designed To Cause A ‘Demonic Trance’
What Yoga Looks Like Around The World 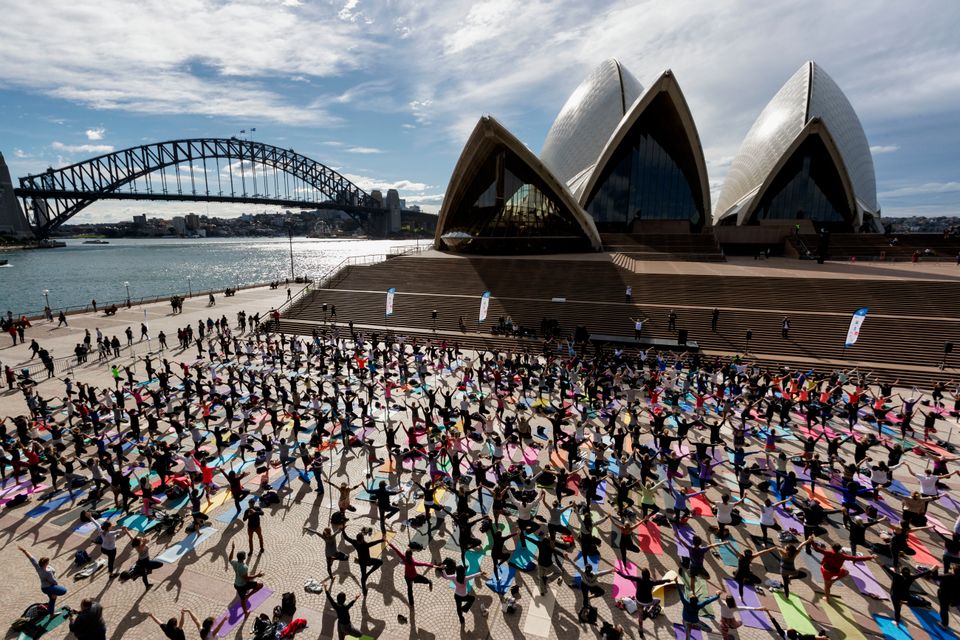