Normally it’s the kids who freak out at the sight of Santa Claus. But last week, it was an adult who had a tantrum.

Pastor David Grisham, a self-described Christian evangelist, taunted children and their parents who were waiting for a meeting with Kris Kringle at the Santa Claus House in North Pole, Alaska.

“I wanted to tell you kids today too that Santa Claus does not exist. Santa Claus is not real,” Grisham announced. “The man you’re going to meet today is a man wearing a suit like a costume and it’s make-believe. It’s not real.”

Although the parents largely tried to ignore Grisham, some very confused-looking children could be seen watching him on this clip:

“Your parents have been telling you a story that is not true,” he said. “There are no reindeer, flying reindeer.”

An employee interrupted Grisham spiel and asked him not to interfere with the customers.

“I’m not interfering,” Grisham said. “I’m just telling them the truth.” He then promised to be done “in about a minute.”

At that point, a parent got involved.

Grisham continued his rant as he departed, telling parents to stop lying to their children.

The stunt earned Grisham hundreds of angry comments on his Facebook page. Similar remarks and reviews were posted on the Facebook page for his Repent Alaska group.

The Southern Poverty Law Center listed Grisham’s Repent Amarillo organization as a hate group. He pulled a similar stunt in the Texas city last year at the Westgate Mall, where he filmed himself screaming at kids and their parents in front of Santa. A few years before that, he held a mock execution of Santa.

Grisham now lists Anchorage as his place of residence. But wherever he resides, he will no doubt find coal in his stocking come Christmas morning. 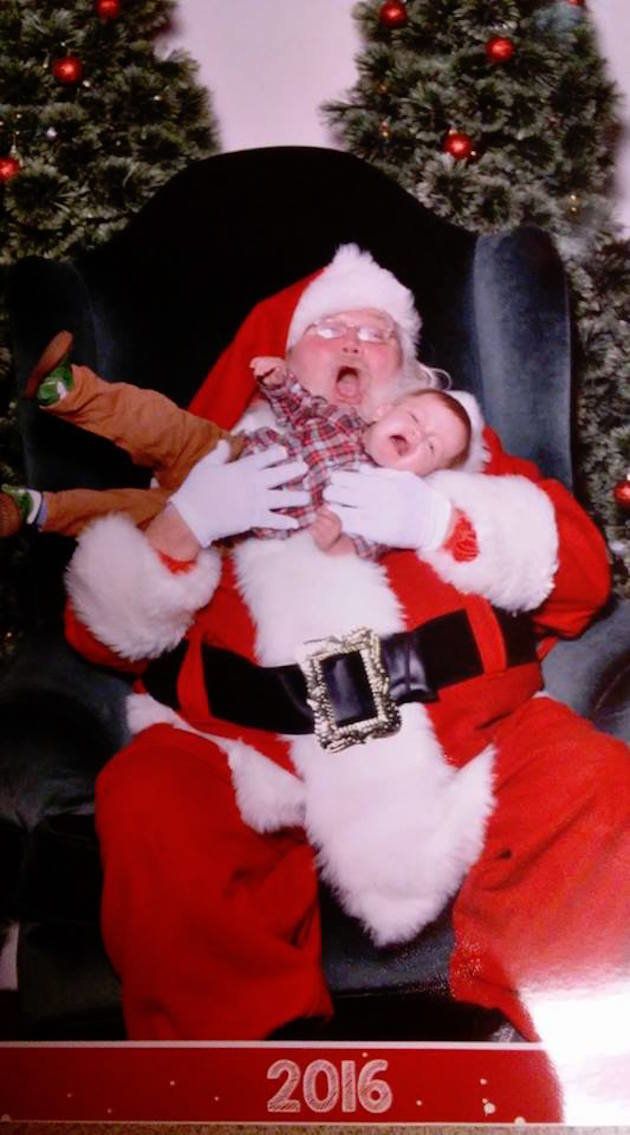