(RNS) Words and music are the stock-in-trade at most Christian festivals, but the Wild Goose Festival is adding another component: the visual arts. 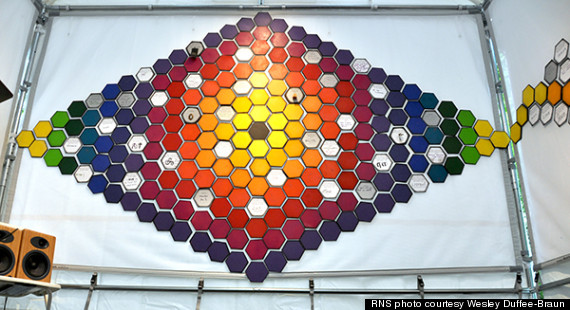 This year’s progressive Christian smorgasbord of culture, justice and spiritual exchange June 26-29 in Hot Springs, N.C., near Asheville, will feature plenty of speakers. Keynoters include newsmakers such as the Rev. William Barber, leader of the state’s Moral Mondays campaign; Jim Wallis, poverty activist and founder of Sojourners magazine; and Frank Schaefer, the United Methodist minister who was defrocked in December for performing his son’s same-sex wedding.

Run River North and Jars of Clay will headline the musical offerings.

But as with last year, the festival is making an intentional shift to include more visual art; more than 13 artists and arts groups will present their work.

This year’s theme of “Living Liberation” will attempt to challenge conventional Christian art with liturgical painting, a collaborative mural project, experiential storytelling and an exhibit called Faithmarks that explores spirituality and tattoos.

“That’s important because it demonstrates that the visual arts are an equal partner in the dialogue, which is a step away from what might be seen as cliché Christian art,” said Ted Lyddon Hatten, an Iowa installation artist, theologian and arts director for the festival. He’s creating the “sacred seeing” space, a micro-gallery at the festival.

Hatten’s installation art at this year’s festival uses 12 reliquaries, or holy containers, to focus on the spiritual stories birds tell humanity. It is aptly titled “Ornitheology.”

Festival organizers hope that emphasizing the visual arts might spur faith leaders to be more open to creative worship.

“I like to imagine that other clergy come and experience a wide variety of different kinds of art, and worship,” said festival director and Episcopal priest Rosa Lee Harden, “and that exposure to something other than their own kind of worship will broaden what they offer when they go home.”

And then there’s performance art. The self-proclaimed “holy fools” of Carnival de Resistance will pedal bikes to each performance location, paint murals, teach sustainability classes, camp and compost their waste.

The idea is to reconnect people to the Earth and to God. 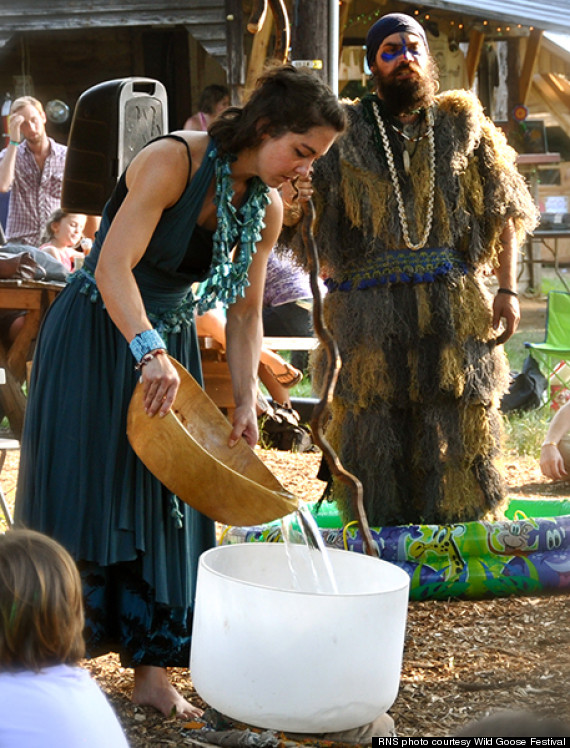 In a video for the Carnival, member Tevyn East said her group’s performances are “about environmental justice and radical
theology.”

“We are working to re-animate the stories of Judeo-Christians and show how they are about resistance to empire, resistance to the domination system, and that there are very relevant pieces within these stories that provide tools to handling the ecological crises we’re dealing with right now.”

The ability of the visual arts to tap into Christian mysticism fits the nature of Wild Goose, Hatten said.

“Christianity gets so lost in its head many times, and Wild Goose is inviting people to come out of that head into a more embodied experience.”

Iguazu Falls by Eva Ho on 500px
1 / 17
Iguazu Falls, Argentina and Brazil
"God created man and woman entrusting them with the task of filling the earth and subduing it, which does not mean exploiting it, but nurturing and protecting it, caring for it through their work. " -<a href="http://en.radiovaticana.va/news/2013/05/01/audience:_on_may_1st_an_appeal_against_slave_labor/en1-687958" target="_hplink">Pope Francis</a>