All photo rights obtained via shutterstock 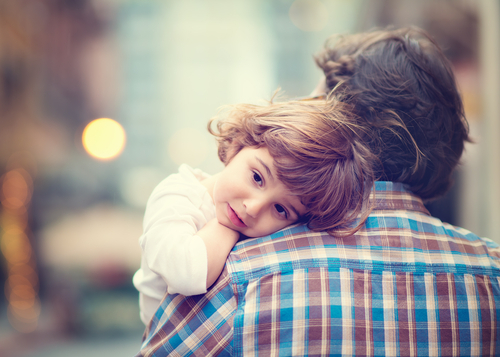 When my daughter was 18 months old and just learning to speak, I remember sitting at dinner with some family and friends. Every once in awhile I would notice some disruption from my daughter's end of the table -- something spilled, something cried over. Some problem or other.

A female friend turned to me and said, "You know, for the past ten minutes your daughter has been doing everything she can think of to get your attention."

"Why does she want my attention?" I asked innocently.

"I don't know. She just does. She's testing you to see whether she's important to you."

Fast-forward to a few years ago, when my daughter was in middle school. Once in awhile I would say something that upset her, and she would burst into tears and run to her room, loudly slamming the door.

A bit wiser now than when she was a toddler, I'd sit in the hallway and wait. Every few minutes I'd knock and apologize. Finally, after several rounds of this, she'd usually let me in.

It's not really that hard a test, once you know what's being tested. It doesn't much matter what you say. It's usually enough that you were willing to sit for the test and that you cared enough to do it well.

The subject of the test is pretty much always the same: "Am I important enough that you're willing to sacrifice -- maybe even suffer on my behalf?"

The plot of your typical romance novel hinges on exactly the same question. Whether it's Edward in Twilight or Christian Grey in Fifty Shades, one of the hero's most compelling traits is his eagerness to endure any hardship for his beloved. 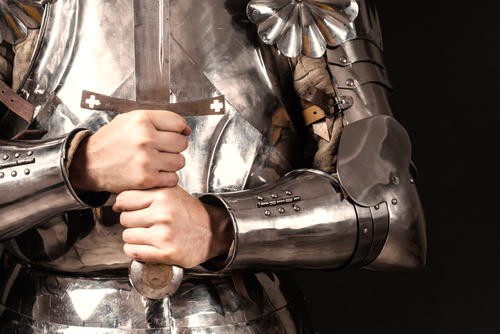 Since the Age of Chivalry and probably long before, many women have found it hard to resist a strong and worthy man who's willing to suffer for them.

As a sex and relationship therapist, I often find myself having to explain this to men.

"It's just a test," I'll say. "She wants to know she's important enough for you to sacrifice for her."

"I don't know," he'll reply. "I once did everything for a woman in college, and still she treated me like dirt."

"This is different. That woman in college wasn't interested in you. This one is."

"She's gone to the trouble of giving you a test. Most women don't do that unless they're really interested. Consider it a compliment."

There is a scene in Fifty Shades Darker -- Part II in the Fifty Shades trilogy -- where [spoiler alert] Christian Grey meets his most severe test. He was the victim of horrible physical abuse as a boy, and as a result he can't bear to have his chest touched. But in "The Lipstick Scene" in Fifty Shades Darker, he allows Ana to go over his chest inch by inch, marking it with lipstick into safer and more dangerous zones.

It's a torment for him each time she finds a painful spot. But he goes through with it because he loves her.

Then they have really hot sex.

In the unspoken language of romance novels, he's shown himself to be strong, worthy, and willing to suffer for love.

Why is Fifty Shades of Grey going to be a blockbuster when it comes out on Valentine's Day?

Yes, it's to ogle Jamie Dornan. But it's also to see him suffer. Remember: Fifty Shades is a romance novel -- the most popular literary genre in the world. Strong, worthy men willing to be tested to prove how deeply they can love.

Every daughter knows how important that is. And every father, husband, and would-be lover should master this one lesson:

If a woman seems to be testing you, she probably is. If she didn't think you were worthy, she wouldn't bother.

Consider it a compliment.