A New Hampshire woman who thought that a wild animal was stuck beneath her mobile home made a frightening discovery when she peered in for a closer look.

"Hey, it's just me. Don't be scared," said the alleged child pornographer and peeping tom hiding in one of the trailer's air vents, the Eagle-Tribune reports.

“I didn't see him personally, but I thought there was an animal in my house, and I went to go survey the area because I saw something not right. I went to go check out to see what it was and that was when he revealed himself,” the victim said, according to WHDH.

Policed arrived at approximately 8:45 p.m. when they noticed Hobbs walking along nearby Route 28. They stopped and questions the suspect, who confessed to the crime.

“I did it, it was me under the trailer,” he told an officer, according to WWLP.

Hobbs actually has a history with his alleged victim.

She bought the trailer from him five years ago this month... And just about two weeks ago, [she] hired Hobbs to do some work on her trailer. After investigating, police concluded Hobbs had hooked up two baby monitors in the trailer -- one in the bedroom, the other in a dryer duct.

Police say that while doing the handiwork, Hobbs cut holes in the trailer floor where he stored PowerBars, drinks, tissues and other supplies. He then positioned himself underneath the structure.

Hobbs was arraigned on Thursday and is being held on $25,000 cash bail. 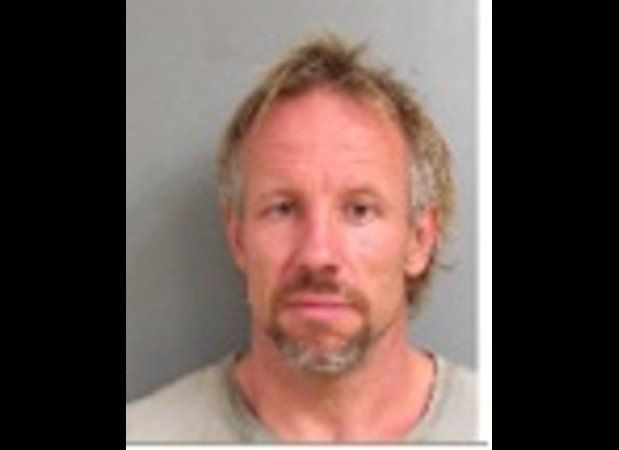 1 / 3
Christian Hobbs
Police say that Christian Hobbs, 47, hid beneath his former Salem, New Hampshire, trailer to spy on a woman and her toddler son.