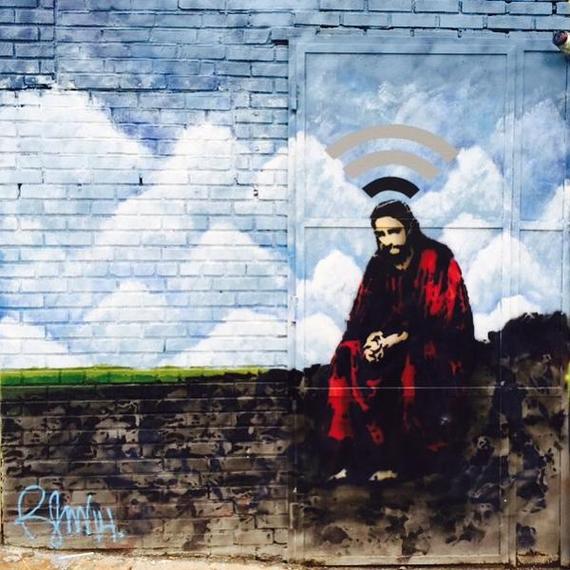 It's not just that they are compatible. Christianity is a distinctly transhumanist viewpoint that sprung up in the first century, and set out to reshape both the world and human nature.


This is the philosophical core of transhumanism, and the fundamental core of the biblical story--a narrative which from back to front is an expression of the idea of human identity as perpetually fluid and self-transcendent.

The Biblical Story of Humanity

The very first chapter of the Hebrew Bible sets out to define human identity. In an explicit rejection of the Babylonian creation myths, which portrayed human beings as slaves of the divine, the Jewish creation story portrays humanity as created to participate in the acts of God. From the beginning, humans are given the task of cultivating the earth, naming and categorizing the cosmos, and beginning the process of technological innovation.

Through Abraham, Isaac, Jacob, Moses, David, and Jesus, we see the continual embrace of bold new ways of being human and of living in the world. The story shows us the power of individuals to change history, the power of intellect and imagination to transcend circumstance, and the importance of foresight in overcoming limits to human growth. This is what the bible means by faith.

When we reach the New Testament, we see Jesus living out his human identity as a participation in the acts and creativity of God. In a way no human had before, Jesus confronts the looming threats to human growth and progress, and succeeds in opening a path to the future.

St. Paul is quite explicit that Jesus was spawning a "new humanity", no longer defined by what had bound it before: geography, politics, race, gender, the circumstances of one's birth. This humanity was going to be limitless, drawn into the infinite upward spiral towards God.

The Fuel of Our Transformation

In Christianity, our transformation is fueled by God. In transhumanism, we desire to transform ourselves.

But to put these in contrast is to misunderstand them both.

We all live by grace. You and I are only here because of the free gifts bestowed on us by our ancestors. Our very survival depends on infrastructure built by past civilizations, who themselves built on what came before.

The Works of God

In Christianity, we are called to join God in the work of healing the sick, feeding the hungry, bringing life to the dead. In doing so, we embrace the true meaning of humanity.

Some might argue that since Jesus healed the sick through supernatural power, modern medicine has nothing to do with Christianity. But the opposite is true--Jesus healed as a sign of the direction of God's work. In his signs, Jesus tied together the material and the spiritual, and called us to aim our skills and technology towards compassion.

In fact, our technology cannot be separated from our spirituality. Science itself is a spiritual endeavor of cooperation, honesty, and tolerance, and is not something that humanity has always been able to sustain.

This is exactly what we see in Jesus--a very practical concern for people's material well-being, coupled with the realization that ultimate progress can only be sustained through spiritual development.

The Purpose of Suffering

Some suggest that Christianity sees redemptive value in suffering, while transhumanism tries to avoid suffering altogether.

But Christianity never seeks suffering for its own sake. The suffering in Christianity is always the struggle to help others overcome adversity--the heroic effort of enduring on behalf of the world.

It is the same in transhumanism--we struggle and suffer now so that we may eliminate sufferings from the world. We fight to eradicate disease, to advance freedom, to heal the pain of aging.

In Christianity and transhumanism, we neither embrace suffering nor run from it. Instead, we pass through it to achieve a better world.

The End of Ends

A popular Christian eschatology states that the entire cosmos will soon be terminated, putting an end to the meaninglessness of material reality. This would suggest that transhumanism is holding on to a world which Christianity is trying to get rid of.

But this has almost nothing to do with orthodox Christianity. The biblical story is about the transformation of the world, not the abandonment of it--the redemption of our strivings, not their futility.

This is the meaning of Jesus himself.

In Jesus we see the unification of the human and the divine, the embrace of both our physicality and our limitlessness. Jesus shows us that our world is not to be abandoned, but transformed; that life is not futile, but full of hope. In his bodily existence, he affirms our science, our technology, our medicine, our present reality and our future potential.

Every end in Christianity is the end of boundaries, the end of constraints, the end of limitations. Every end is a possibility, drawing us past the hopelessness of short-term thinking, and toward the eternal rise of life, compassion, and progress.

This is Christianity, and this is transhumanism.