This is a follow-up to a recent blog post I wrote about millennials in church, which can be found here. 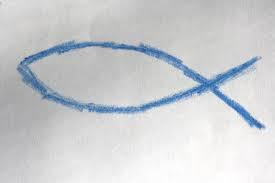 Recently I wrote a blog about what millennials like myself are looking for in a church. The answer, which apparently wasn't quite clear enough, is that we are looking for socially and politically active congregations, churches that live the gospel, not just preach it.

The response to this post was overwhelming, to say the least. Reactions were about split between positive and negative; for every person that took the time to let me know how much they appreciated my honesty, there was another telling me I was lazy, or that I don't understand the gospel, or even that I need to repent or else burn in hell for all eternity.

I want to take this opportunity to make explicit what I thought was implicit in my original post.

Of course, there are hundreds if not thousands of congregations in America that are actively promoting their interpretations of Christ's teachings. In Tennessee, Christians organized and rallied behind a bill to nullify the Supreme Court's decision on same-sex marriage; Christians are incredibly influential in the GOP-controlled congress, leading the charge against Planned Parenthood in the name of God; Christians all across America are fighting for their religious liberties to refuse service to LGBT people and contraception to their female employees.

Interestingly, every single one of these examples (and more) are conservative principles. There is no such organized, concerted effort on the left, and because of the well-known fact that young people tend to be more liberal, it partially explains our dissatisfaction with religion. What many of us are looking for is a religio-political revolution on the left, that emphasizes the radical social justice espoused by Jesus and Paul and the Prophets.

Such a movement would not be without precedent. Martin Luther King Jr. is among the most prominent Christians to interpret the gospel as advocating leftist policies (in fact, he was a socialist), as was Dorothy Day, who founded the Catholic Worker Movement. More recently we have Pope Francis's call for progressive social reform, Dr. Cornel West's passionate Christian case for democratic socialist Bernie Sanders, and a Facebook group and online ministry called The Christian Left that boasts more than 200,000 members.

In fact, American Christianity stands today on the precipice of a major shift towards social justice and liberal theology at an institutional level. The point I was making with my original blog is that churches need to get in on the movement.

Where are the progressive congregations marching in solidarity with Black Lives Matter? Why are there no churches sending their members to fight for women's rights, standing with Planned Parenthood and protecting women who have had abortions from the vicious attacks by pro-life groups?

Where was the Christian outcry at the senseless war in Iraq, and where is that same outcry at current American foreign policy that results in the death of countless innocent people?

Where are the followers of Christ imploring their congressional leaders to make food, housing, and education for the least of these a priority?

Where are the Christian groups dedicated to enacting legislative change designed to protect God's Creation from anthropogenic climate change?

There are hundreds of thousands, if not millions, of Christians who are passionate about these and other issues. I am one of them, and so are enormous numbers of my peers. We look at the enormous numbers of Christians forcing national conversations about abortion (something Jesus never spoke of, even though it existed during His time), and shake our heads. If that is the face and voice of modern Christianity, what is the point? Sure, we can find churches near us that are accepting and loving and tolerant, but what's the point when all it amounts to is a safe space from the vitriol and hatred of the Christian Right?

What millennials want, and what Christians need, is to not be safe. Christians should be on the front lines of all of these issues and more, fighting for God's justice. As I said before: political action is worship, and social justice is love.

The time for holding hands and singing is over. Good Christians have for too long stood idly by while Christ's message has been co-opted and twisted into something evil. To cannibalize a quote from famous labor activist Joe Hill: