Hallelujah! 2013 may be the year that it became cool again to be a Christian.

Given the last several decades of political domination of Christianity by a coalition that described themselves as 'the religious right', it is hard to remember that there was a time in the 20th century when Christians were cool and spoke with a powerful, prophetic voice to the major issues of our day.

Collectively, these men and women offered some of the most philosophically deep and socially relevant thought of any kind. They inspired a generation of young people to work in racial reconciliation, environmentalism, economic justice, and anti-war activism. They fed the spirit, while also walking in Jesus' way of justice and peace.

In those days you could say you were a Christian and the above names might come to the mind of the listener -- and they were cool; meaning relevant, compelling, edgy, and forward thinking.

Sadly, that has not been true in recent history. And it has infected the American psyche so much so that when a stranger tells even me, a Christian pastor, that they are a Christian it puts me on edge. Imagine what it must do to a person of another faith or someone who don't subscribe to any religion.

This has been helped by the media who, when they have wanted a 'real Christian' on the show, turned to Jerry Falwell, Tony Perkins or James Dobson resulting in a Christian profile that represented a large, but by no means universal Christian outlook.

The generic Christian profile that has emerged over these last decades has been someone who does not believe in the equality between men and women, degrades LGBT people, is opposed to science, especially in regards to evolution or climate change, is suspicious of people of other faiths and no faith, and is pro-militarism in foreign policy.

This week has been a particularly cool Christian week. To start with the amazing Pope Francis took advantage of his time in Rio for World Youth Day to make sure he visited the nearby favela (slum), a prison, and a drug addict center. While there, he continued his habit of speaking about the poor and inequality in a powerful, focused way that no world leader of any kind has for a long time:

No one can remain insensitive to the inequalities that persist in the world!. No amount of peace-building will be able to last, nor will harmony and happiness be attained in a society that ignores, pushes to the margins or excludes a part of itself.

In other words: No justice, no peace.

Pope Francis has consistently taken on the injustice in the world's financial systems and the indifference the world has towards the poor and the outcaste. Noticeably absent from the Pope's discourse has been the rights and dignity of gay people -- until Monday when the Pope shocked the world by saying "Who am I to judge gay people" and opened the door to gay priests and a basic softening of the church's hardline stance against LGBT peoples.

The Pope was not the only world religious leader to make news this week on gay issues. On Friday, Archbishop Desmond Tutu rocked people's mind when he said that he would rather go to hell than a homophobic heaven. The icon of the anti-Apartheid movement made the comments at the launch of a United Nations gay rights program in South Africa:

I would not worship a God who is homophobic and that is how deeply I feel about this. I am as passionate about this campaign as I ever was about apartheid. For me, it is at the same level.

But these are just the latest headlines that are bubbling up with cool Christians doing relevant compelling things. The United Church of Christ has voted to divest from fossil fuel companies, the Episcopal Church is headed by an amazing woman who is both a scientist and pastor and who is spearheading the conversation between science and religion;

Evangelicals are taking the lead on climate change, the American Bishops are lobbying for immigration reform, the Patriarch Bartholomew is known as the 'Green Patriarch' for his work on the environment, Christians are involved with innovative and crucial dialogue with people of other faiths and no faiths; and pastors and priests across the country and the world are ministering to broken people with love and compassion every day.

Here is one case in point. On Gay Pride Sunday in New York I invited a couple of my colleagues to a church where a friend of mine is the pastor. They were having a 'disco mass' and I thought my friends might be intrigued enough to go. They were.

We had a great time at the church. My friends fell in love with the pastor whose style was relaxed and hip, and whose sermon was smart and compelling. They loved the community feel of the congregation, and they thought the ideas they heard there a good way to start gay pride.

Mind you, neither of them had been to church of their own volition -- ever. And they may never go back to church. I really don't care -- they are wonderful, spiritual, and ethical people -- I don't need them to become Christian.

However, by being there they understood a little more about why I am Christian, and how Christianity guides the way I view the world and do the things I do. And even with that short glimpse they respected my faith more than they had before.

If more Christians can speak out the way Pope Francis and Archbishop Tutu have this week and so many have been in recent memory -- it will change the way people view Jesus and the faith that he inspires in so many of us.

And that will be so cool. 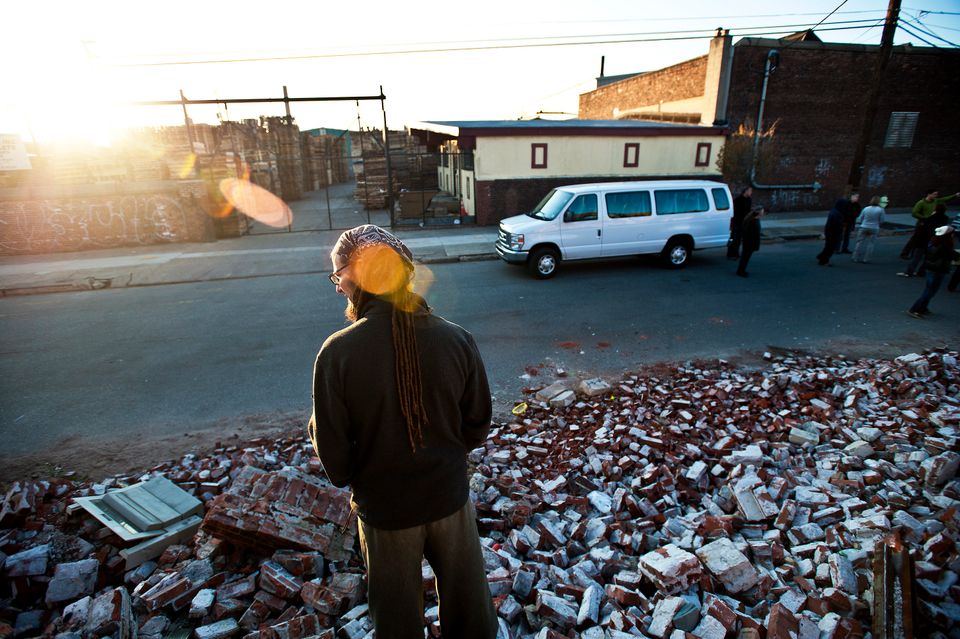