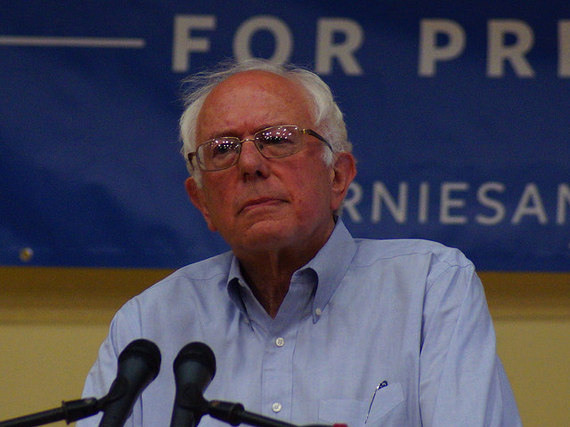 In a recent podcast as part of his "Ask Pastor John" series, the Minneapolis-based theologian John Piper attempted to answer a question that has been made relevant by the emergence of Senator Bernie Sanders in the Democratic race for President: "How Should Christians Think About Socialism?"

Piper's answer to the initial inquiry - "How Should Christians Think About Socialism?" -is that socialism is not an appropriate Christian ideology because, in regards to the generosity to the poor and lower classes socialism attempts to provide, there is "the Christian expectation that this compassion not be coerced or forced."

Piper's declaration as to how Christians should think about socialism isn't surprising, but it is disappointing. His answer is another in a long line of dull accusations and tone-deaf interpretations where instead should exist meticulous knowledge, inquisitiveness, and more questions than mere blunt assertions.

The first problem with Piper's pronouncement - especially because he calls out Sanders - is that Bernie Sanders isn't a "Socialist" with a capitol "S." Socialism isn't the communism of Soviet Russia and mid-19th century China, and socialism as a political ideology, like all values and beliefs, is on a spectrum. Sanders, as Piper and other Christians pundits who negatively refer to Sanders as a socialist neglect to add, is a democratic socialist, meaning his views barely resemble the Marxist-Leninist socialism of Orwell's Animal Farm or totalitarian dictatorships.

Democratic socialism - especially the kind Bernie Sanders would like to see our country turn to - is essentially capitalist. Bernie Sanders doesn't want to see the government completely regulate every facet of society, and the kind of opportunistic, free enterprise economy that has helped America grow would stay intact. Where the socialism part come in to play is where socialism is already an active precept in America's infrastructure: organizations like the public library and fire department are socialist institutions, as well as programs like Social Security and Medicare. They are socialist in respect to the fact that they are taxpayer funded for the use of all Americans.

Those are the kinds of socialist programs and organizations Bernie Sanders wants to create and expand, and it's what makes the motivations behind why Sanders has been branded a socialist so perplexing. Sanders is determined (and uses the Bible to back him up) to lessen the gap between the richest and poorest in our country, because, as he said in his speech at Liberty University, "There is no justice...when the top one-tenth of 1 percent...owns almost as much wealth as the bottom 90 percent."

Sanders' democratic socialism is meant help develop programs that would help who Jesus commands we help in Matthew 25:40: "the least of these."

The second problem with John Piper's declaration is that, as a Christian, he fails to reconcile his personal orthodoxy vis-à-vis socialism with more ecumenical Christian thought about socialism: a philosophical tradition whose proponents include, among others, Dorothy Day, C.S. Lewis, Dr. Martin Luther King Jr, and Jurgen Moltmann.

It's unsurprising Piper neglects to complicate his statement on Christians and socialism with nuance and elaboration; and that is what makes it so irresponsible. Not only does Piper openly admit that he doesn't have strong knowledge about socialism, admitting "Now Socialism as I understand it (and I don't know much about it)," but he presents a very dogmatic front in regards to Christianity and socialism.

Piper broaches the subject not only with a lack of expertise, but rather obtusely, refusing to acknowledge diversity and nuance in the spectrum of Christian thought

An October 18th Washington Post article reported that Bernie Sanders "is preparing to give a 'major speech' on democratic socialism," because, Sanders is quoted as saying, the term makes some people "very, very nervous." Indeed, the red smudge of "Socialist" has been flung at Bernie Sanders throughout his campaign like a scarlet "S" - but what I find to be the most disappointing part of the dialogue about Bernie Sanders as a socialist is the total obtuseness of people like John Piper who speak for and to large swaths of the Christian public.

This kind of conversation demands nuance and careful thought, not blanketed and blind pronouncements.

In the conclusion of his response, Piper lists four "impulses of biblical Christianity": "compassionate for the disadvantaged", "justice under law without respect to state," and "freedom to create and produce." But it is the last - "private property" - that I have the most difficult time reconciling with the teachings of Jesus.

In his sermon titled "Christianity and the Survival of Creation," the poet-farmer Wendell Berry writes:

The unjust establishment Bernie Sanders is fighting against (the ultra-wealthy who continue to profit while people in America don't have easy and thorough access to healthcare or jobs or food) is those who have ruined and wasted the gifts of nature. The kind of democratic socialism Sanders sees as a positive course for America would be an attempt to grapple with the vast discrepancy between wealthy and poor in the country, which fleshes itself out in so many tangible ways: education, access to medical care, incarceration rates, and more.

Pastor John Piper's proclamation - attempting to speak for all Christians on how they should think about socialism - myopically reckless. Not only does it lack carefulness in defining key terms of the dialogue, but Piper fails to engage in one of our most glorious and important human traits: curiosity.

In Piper's manifesto he even admits that "It may be that Bernie Sanders is naming things in our society that need addressing...There are...real injustices that make it harder for the poor to move out of poverty." Piper says that socialism is a "shortsighted" attempt to remedy those injustices (without, in economic terms, explaining why) and deems socialism incompatible with Christianity.

As a Christian, what I've appreciated most about Bernie Sanders is the curiosity and vigor with which he approaches what Jesus spoke about consistently in the New Testament and plagues our country: that in the wealthiest country in the world, there are still children who go hungry and people without comprehensive access to medical care, and disproportionate incarceration rates.

Instead of simply brushing off a candidate or philosophy because a certain word (socialism) is fraught with "red" baggage, I hope more of us can revive a posture of curiosity and wonder: asking, "What could be possible?" instead of narrow-mindedly and ignorantly declaring what isn't.