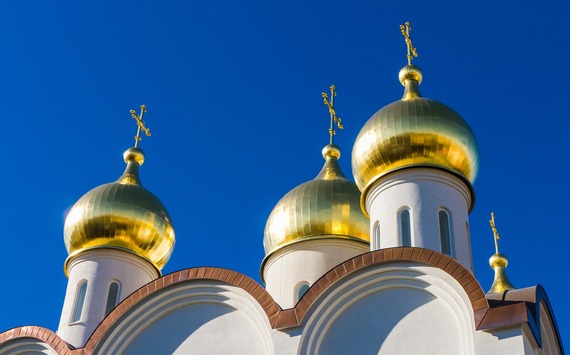 Christians are condemning a provision in Russia's soon-to-be-signed anti-terrorism law that prevents people from holding religious services in their homes.

The provision is one of a raft of restrictions on people of faith that the Kremlin included in new anti-terrorism legislation.

Belarus and Kazakhstan have also outlawed religious services in homes in some circumstances. It's part of a campaign in parts of the former Soviet Union to stamp out all non-traditional faiths.

Leaders of former Soviet countries that have reined in non-traditional religions have had different motivations for doing so, but the common denominator is a determination to exercise tighter control over the population.

Vladimir Putin has made the Russian Orthodox Church a partner of his regime, and would love to see all other religions in the country disappear. Belarus' leader, Alexander Lukashenko, has taken a similar stance. And Armenia has given the Armenian Apostolic Church a special place in the country's religious life, including making it a crime for members of other denominations to try to convert Apostolic Church members.

President Nursultan Nazarbayev is trying to rid Kazakhstan of all non-moderate brands of Islam after several Islamic terrorist attacks in the country since 2012. Although his crackdown on religion is aimed at Islam, non-Orthodox Christian denominations have also suffered.

Both Christians and non-Christians are upset about an online encryption-skirting provision in Russia's new anti-terrorism legislation that critics say is aimed at ferreting out and punishing opponents of the Putin regime. It requires Internet service companies to provide Russian authorities with a "back door" that allows them access to the content of encrypted messages.

But the religious dimensions of the anti-terrorism legislation, which is awaiting Putin's signature, are more disconcerting than its privacy dimensions to many Christians.

The most onerous religious provision is one preventing people of faith from holding services in their homes or even sharing their views online.

Sergei Ryakhovsky, head of the Protestant Churches of Russia, said the impending restrictions conjure up the dark days of Soviet religious repression.

A look at "Soviet history shows us how many people of different faiths have been persecuted for spreading the Word of God," he said.

Although some scoff at the notion that Russian authorities would be able to prevent Christians from holding religious services in homes, a longtime Kremlin watcher, History Professor David Aikman of Patrick Henry College, said no one should "overestimate the Russian government's willingness to exert control."

Underscoring that position is the fact that both Kazakhstan and Belarus are already raiding religious services.

Twenty law enforcement personnel, for example, stormed into a Jehovah's Witness service at the home of Eduard and Irina Malykhin in Karabalky, Kazakhstan, on April 6, 2013.

The Malykhins and two others at the service were charged with unauthorized missionary activity, although all 40 of those at the gathering were already Jehovah's Witness members.

Authorities spent three hours at the Malykhin's home, questioning and filming all participants. They also confiscated more than 900 religious books, including Bibles. Most of the books were from the Malykhins' personal library.

In May of 2007, police in Belarus' capital of Minsk raided a home where a Baptist service was taking place to arrest a Polish citizen who was taking part.

They charged Yaroslav Lukasik with violating a law prohibiting foreigners from conducting religious services in the country.

Lukasik denied leading the services that the John the Baptist Church was holding. He was taking part in them, he said, but not conducting them.

Authorities were unconvinced. They fined and deported Lukasik.

The law that was used to arrest him prohibits foreign organizations in Belarus from engaging in "subversive activities," including inciting "national, religious and racial enmity," or engaging in activities that could have "negative effects on the physical and mental health of the people."

Although Kazakhstan and Belarus have different laws governing religious activities, neither has a blanket ban on services being held in homes.

The raids that each has conducted have been rooted in laws preventing unauthorized missionary activities or prohibiting foreigners from conducting services.

Russia's law will be far worse, Christians say, because it will impose the post-Soviet Union's first blanket ban on all religious services in homes.