Looks like plastic surgery was a mother-daughter decision in the Brinkley household. Yesterday we reported that Alexa Ray Joel, the daughter of Billy Joel and Christie Brinkley, got a nose job. Today via Star Magazine comes news of 56-year-old Brinkley's face-lift.

According to Star, the two women went under the knife one day apart at New York's Lenox Hill Hospital. The total cost was about $60,000.

A family spokesperson Alexa's surgery with Page Six: "Alexa had breathing difficulties due to a deviated septum and decided to correct the appearance of her nose at the same time....As far as Christie is concerned, she was at Lenox Hill to support her daughter, and throughout her career people have speculated that she's done this or that, which she always chooses to take as a compliment."

Here's the before and after of Brinkley's reported surgery: 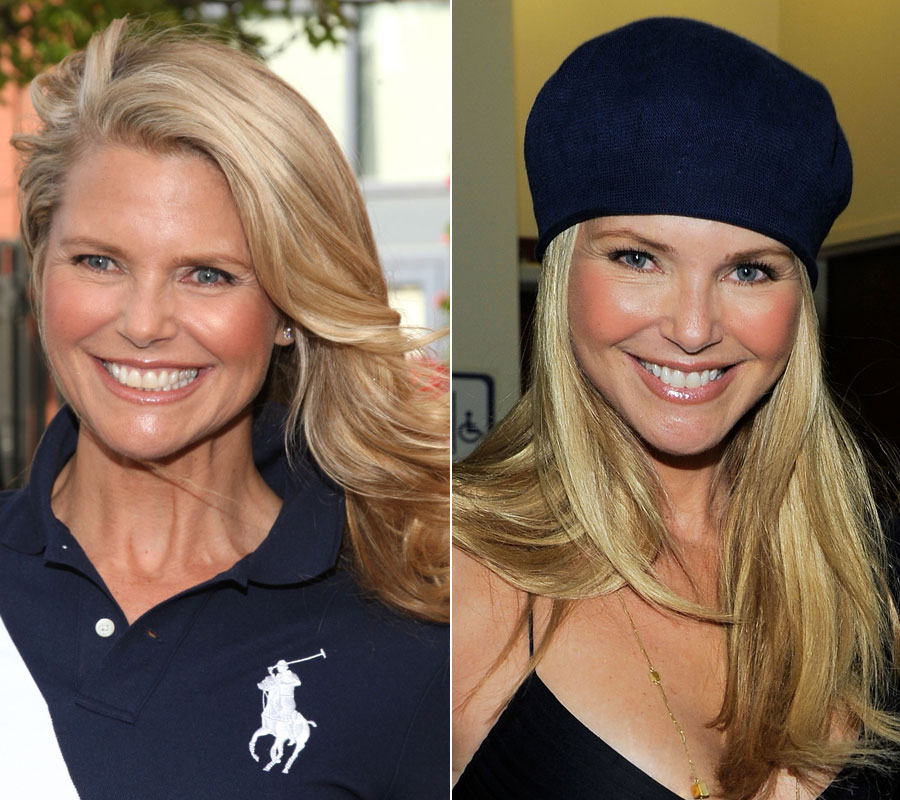