She may have shown some major career comeback moves as a judge on the 'The Voice,' but now Christina Aguilera is getting back to her roots and showing that she's still got 'Moves Like Jagger.'

The singer, who has had her fair share of stumbles (literally) this past year - Super Bowl National Anthem flub, her boyfriend, Matt Rutler's near DUI, and her tumble at the Grammys - is back and whipping her hair for all it's worth alongside fellow 'The Voice' judge and Maroon 5 frontman, Adam Levine, in their new music video, 'Moves Like Jagger.'

From what we can tell, the video draws inspiration from both sides of the pond, showcasing both American and British flags, and has no shortage of confetti. On her way to the video shoot this past weekend, Aguilera tweeted, "Always great to see [Director] Jonas Akerlund. He created the perfect feel for the song. Expect a fun video."

We expect nothing less but can the pair really bring it like Mick? From these shots of their music video shoot, it's definitely been brought. 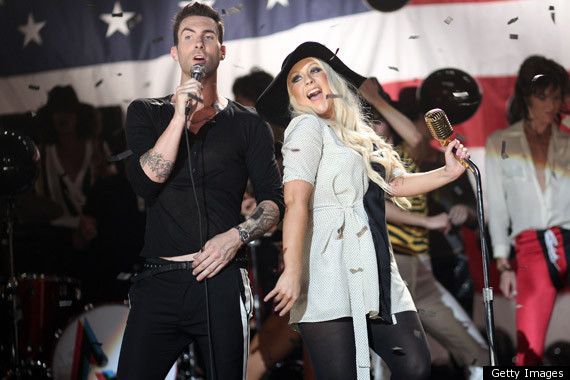 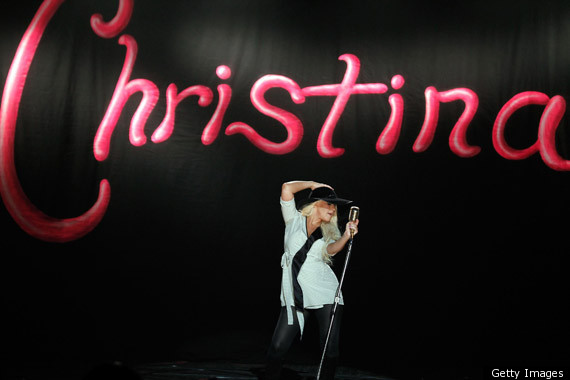