Christina Aguilera is back and looking red hot in the pages of Maxim magazine.

The 32-year-old superstar singer appears on the cover of the October 2013 issue of the magazine looking sexy and slim in nothing but a black push-up bra and a white men's button-down. Her tousled platinum hair and sultry pose make for quite the steamy cover shot.

Inside the pages, the "Voice" mentor is no less sizzling in a skintight red satin dress and her hair piled atop her head. Despite the undeniable sex appeal, Aguilera thinks the definition of "sexy" is a bit more relaxed.

"I’m such a down-to-earth girl, I’m comfortable in just a jersey and boy’s underwear," she said. "Trying too hard to be sexy is the worst thing you can do. Sexiness should be effortless."

Aguilera, who has been dating Matt Rutler since 2010, also opened up about her sex life.

"The only place I don't need to be in control is the bedroom," she told Maxim, via People magazine. "Sometimes being sexual with my partner is a great way to blow off steam at the end of a hard day's work. I'm not the girl who's going to be too tired."

The singer gave a behind-the-scenes look at her Maxim shoot in the handmade music video for her new single, "Let There Be Love." In the video, the blond bombshell can be seen wearing a red dress while laughing with her makeup team on set. 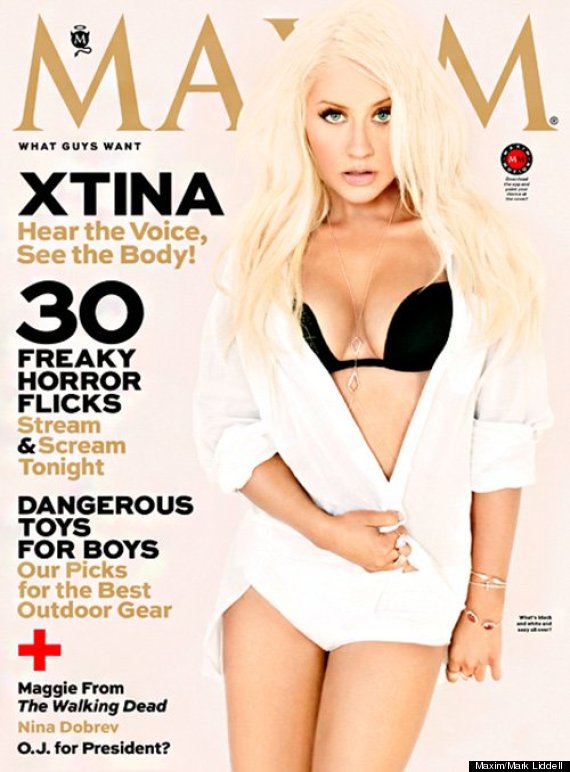 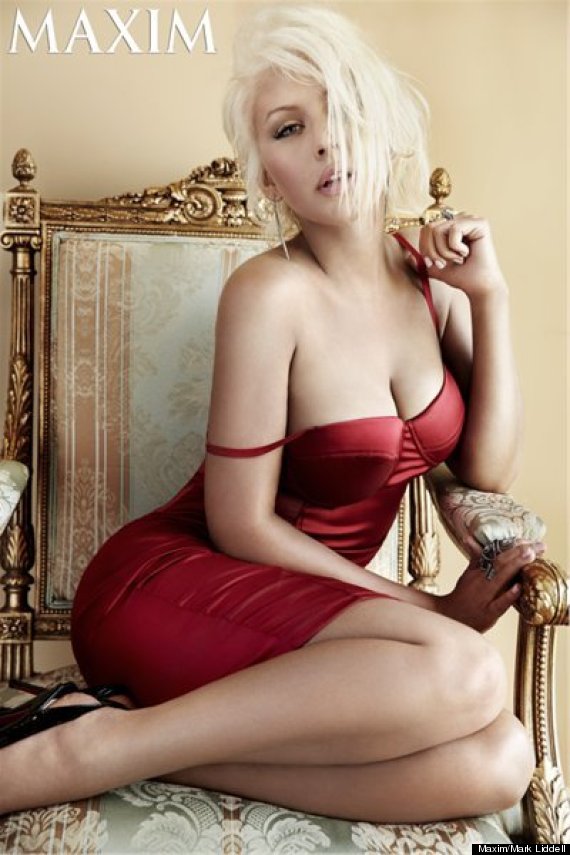