Christina Aguilera took the stage at the American Music Awards on Sunday night to pay tribute to Whitney Houston.

The star performed a medley of Houston’s hits from “The Bodyguard,” which marks its 25th anniversary this year.

“The movie has become iconic thanks to its soundtrack,” Davis said. “What a voice Whitney had. What an artist.”

.@violadavis gets the crowd ready for a MOVING & ICONIC performance by @xtina! 💕 #WHITNEYxCHRISTINA pic.twitter.com/buCxhZID6L

“The Bodyguard” was released on Nov. 25, 1992. The film’s soundtrack went on to become the best-selling movie soundtrack of all time and included some of Houston’s most iconic songs.

Aguilera started the tribute by singing “I Will Always Love You,” followed by “I Have Nothing” and “Run to You.” Scenes from the film played behind the star as she performed.

Aguilera closed the medley with a rendition of “I’m Every Woman,” bringing the crowd to their feet as she performed with a choir.

.@Xtina has one of the best voices ever. Period. Only right that she’s doing this #WhitneyHouston tribute at the #AMAs... it’s giving me chills! #WHITNEYxCHISTINA pic.twitter.com/4O8DxoEywy

Houston said in 2001 that other than herself, Aguilera performed the “best rendition of ‘Run to You.’”

#WHITNEYxCHRISTINA 16 years after Whitney Houston told Christina Aguilera she'd "done the best rendition of 'Run To You' besides myself," Xtina will have the chance to prove it once more in a tribute at tonight's #AMAs pic.twitter.com/tWZgN0T92S

“I hope I made you proud, Whitney,” she added. 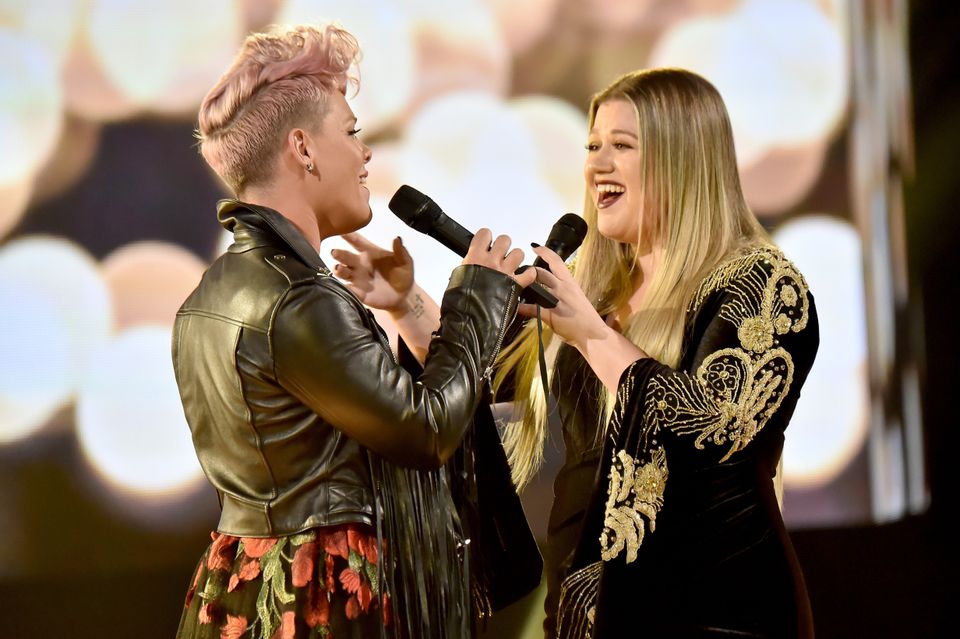