We know we've been posting quite a bit about Christina Hendricks lately, but we couldn't resist sharing some more news and pictures with you--the "Mad Men" actress has been announced as the face of London Fog's fall campaign. London Fog? Like the raincoats? You betcha. And if there's anyone who can get us interested in the brand's duds, it's Christina. She said in a press release, "London Fog is a classic brand, which I love. It also ties in to Mad Men, we used London Fog in the show and this was a nice way to tie everything together. The trench is such an iconic shape for men and women. It works for anyone -- it worked in the 1960s and it works now." Check out these behind-the-scenes images from Christina's shoot and her final ads below. 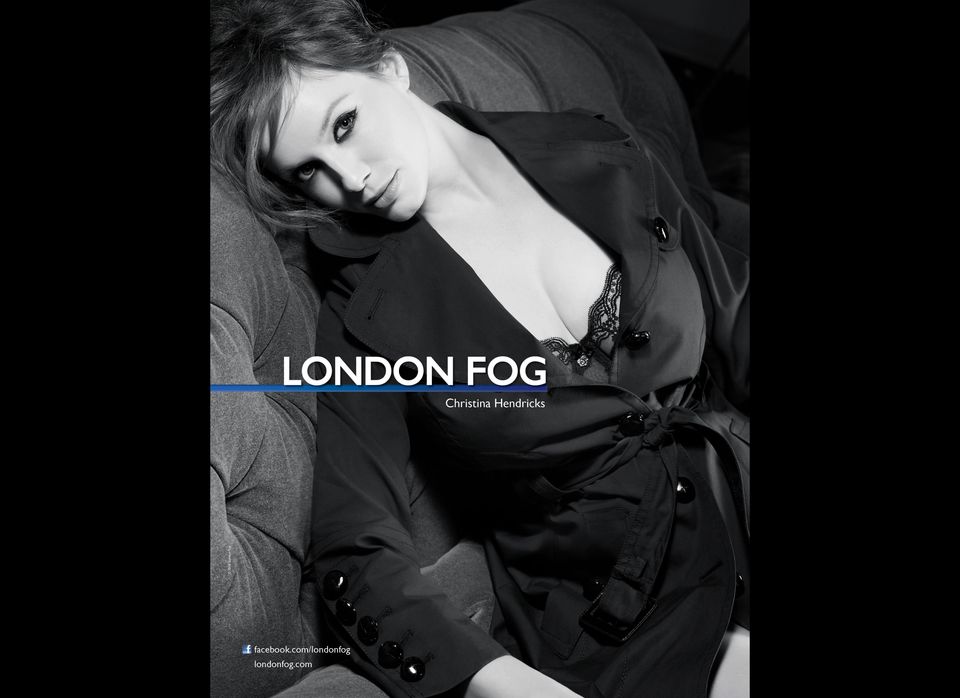