Over her career, Christina Milian has worked with everyone from Matthew McConaughey to Kanye West, starring in movies, releasing hit albums and even singing the "Kim Possible" theme song. Now, the singer is making a comeback! Well ... sort of: "I mean, I never really left to be honest with you," Milian said in a recent interview. "I've always been in the studio. I think it's the business that technically we're talking about a comeback."

As part of her "comeback," Milian, who also goes by the nickname Tina Turn Up, is on her way to E! in a new reality show called "Christina Milian Turned Up." The series gives an inside look at her day-to-day life with her sisters and mom as she works on a new album. On why she wanted to do the series, Milian said, "In the world’s eyes, what they know of me is from the blogs. What they know is from the media. But for me, by doing this show and by making this album, it’s presenting who the real me is, and I know for once that’s for sure."

Milian recently spoke with HuffPost Entertainment about her show, her new music and, yes, even that classic Disney theme song. But first, check out the first few minutes of "Christina Milian Turned Up":

What can fans expect from the show?

You know, it’s passionate and emotional, but at the same time it's fun, heartfelt and filled with laughter. It’s a family show. When you come from a household of women, and we all have different personalities and transitional phases in our lives right now, you either get scared and cower away from life or you take the bull by the horns and live life to the fullest and be ready for whatever is out there and what’s to come.

Why should people watch?

One reason people have to watch this show is the realness. I think it can really relate to somebody ... and I’m glad that people will get to see that because there’s no faking it. We’re going through real things in life, and I think people sometimes need to see that on television to help them get through their own life and let them know, "Hey, I’m normal."

How would you describe your new music?

I think the word of the day for everything is the word "real." It’s real. It’s a woman who knows herself and is getting to know herself with a good relationship, and I put that down in music. I’m not even going to say it’s based on a genre. It’s not like, "Hey, it’s a pop album." Like, no. It’s a collective sound ... music for women and men. I really do think it’s super cool and guys can jam to it, too.

Even though you have a new sound, are you still singing your hits?

Oh, of course! Yeah, I would never abandon any of my songs that people know me from. "Dip it Low" is pretty highly requested for me. I get that a lot.

So can we talk about the "Kim Possible" theme song?

Yes! Been talking about that song a lot lately, but I feel like it’s the generation. It’s so funny. I feel like I’ve been meeting a lot of people, and they’re all like … early 20s, and they’ve all been like, "Kim Possible! Kim Possible!" And I’m like, "Oh, wow." It’s crazy how music is generational. I’ve literally walked past people, and I’ve heard it as their ringtone.

Will you be singing it at concerts?

That would be hilarious. It might get a remix one day. I’ve never actually thought to do that. But it was a pretty big song on Disney. I was a Disney kid, so Disney called me and told me about the show, and they needed somebody to sing the theme song. I met the writer. We sat down, and he created a song. And next thing you know, a week later, I went in the studio and recorded it. I never knew it was going to be what it ended up being. Maybe I could do it for the hardcore fans. I might have to bop out a little bit of “Kim Possible.”

That was like my first thing [where] I actually had a name. When I first started, it was like Girl #1 [or] Girl #2. You were really happy when you got your name on something, so Disney was the first to take a chance with me. And to try something that I had never done in my life -- become a TV journalist, interview celebrities and people on the red carpet and really tell a story about how these movies were being made so kids could understand. So it was fun being Tina on the Movie Surfers. It’s funny because now I’m called Tina all over again.

What's your favorite memory from working with Disney?

I think one of my favorite memories was coming to New York, and we had to kind of co-host a parade for the holidays. It was my first time ever staying at a hotel ... and I had like a beautiful hotel room. And like the peanut butter and jelly sandwich was 20 or 30 bucks, which was like unheard of. I was like, "Whoa! That’s a $30 peanut butter and jelly sandwich!" I’ve never seen anything like that on the menu.

What does a $30 peanut butter and jelly sandwich taste like?

How'd you come up with your nickname, Tina Turn Up?

I was a Tina Turner fan growing up. So I kinda just had a remix because I was always saying turn up, turn up, everybody turn up. I still say it all the time. It’s really just about having fun and like, "Hey, everybody! Wake up! Let’s have a good time!"

For more from Milian, watch "Christina Milian Turned Up," premiering Sunday on E! 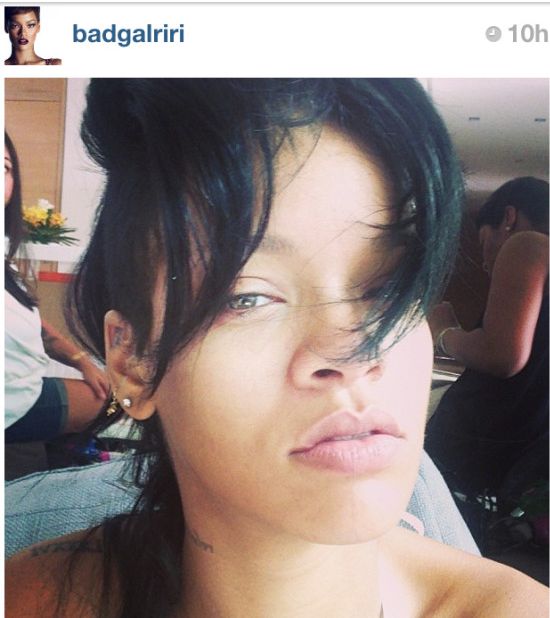