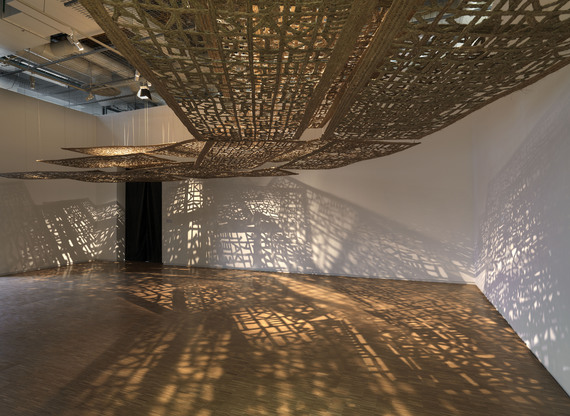 Cristina Iglesias has been diving in sundry seas, notably the Gulf of California, for coming on four decades, and it's there in the water that she says that she has discovered much of the essential architecture of her work: stone, steel and woven raffia cages that are meant for hiding and revealing the secrets of the living world.

Born and raised in Spain in an epoch when women who dared to be serious artists mostly left toward more northern climes--notably London and various German cities--Iglesias has always wrestled with a fragile tension between nature and architecture. Her photographs from beneath the sea take her into the trellises of vines and algae and the habitats of swimming creatures with fins. They are paralleled in the giant glass aquariums that are also goldfish homes made cloudy, and safe, by the wandering floating plants that feed and protect the fish. 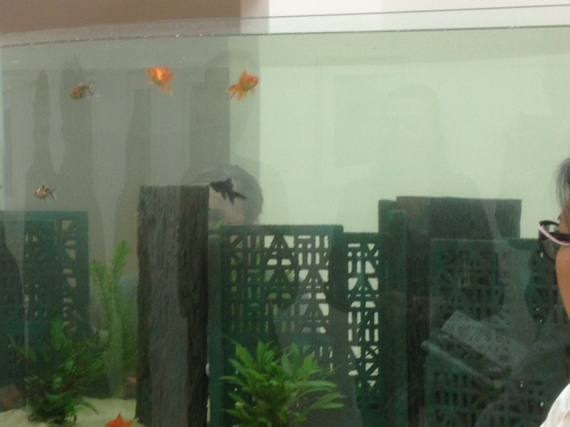 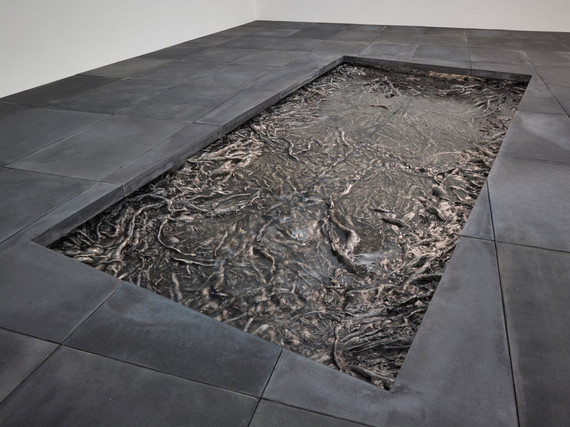 Just as the fish dash between the small scale grids and windows in their tanks, we are invited to enter into, through and beneath room-filling structures of stone, aluminum, woven steel and painted concrete walls that have evolved throughout her work and lifetime. Each of them, she says, are shifting memory palaces. Some versions of her work, especially the labyrinthine walls and cages, both seduce us and threaten us we try to move about them. Leaves become vines, Vines turn into serpents, calm and reassuring in soft light, scary as the sun removes shadows to reveal their awakening threats. 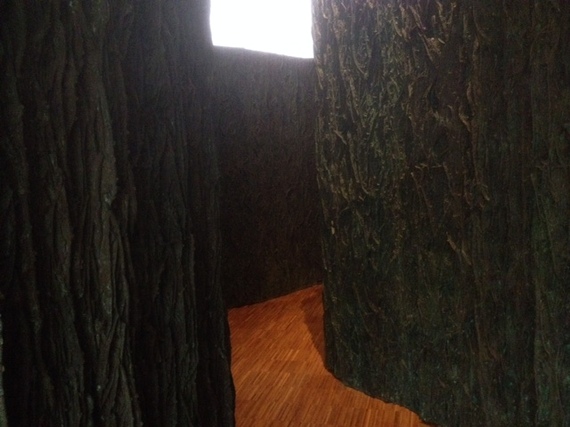 Two enormous stone-encased aquariums invite us by sound and site to linger at their edges. A slight gurgle catches our ears. Thimble full by thimble the water descends into invisible pits. As on the walls, pretty roots arrive into sight, seemingly floating just beneath the surface before they too turn into twisted and gnarled serpents that would suck us down into the dark caverns below just as they would to deep-sea divers. 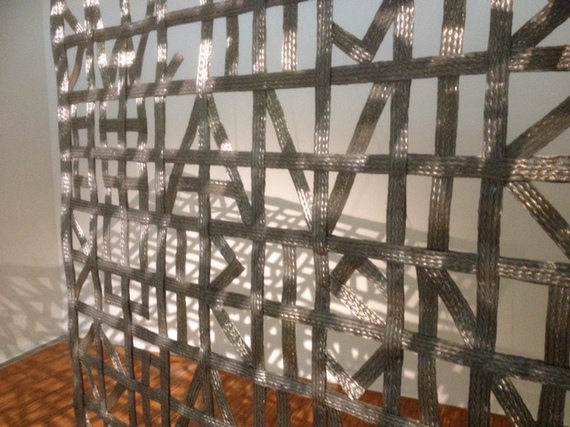 At the end of it all stands a garden of red-ish walls that again invite us in to look out on others passing by, a direct recollection of the jalousies (or jalousias in Spanish) that are both drawn shut against the broiling mid-day sun yet still enable wives, lovers or husbands to secretly spy onto the philandering behaviors of their mates cruising and patrolling the parks and streets outside. The term jalousie captures perfectly Iglesias's playful fascination with art, nature and architecture: they both protect us in the architectural sense and enable our jealousy to survey all that we fear and mistrust.

Still more, the succession of jalousies Iglesias has made, dating back to the mid-1990s in Madrid, reveal her own way of watching the world at once protectively and expressively, she said, while leading a group of visitors through her current exposition (through July 31) at Grenoble's Museum of Art: "I'm Basque, I'm Spanish, I'm a woman, I'm in a foreign place where I was not born. Jealousy: it's part of the Spanish inheritance, the Muslim inheritance that is in our language, in our cooking, and also in architecture: it has to do with revelation and hiding." 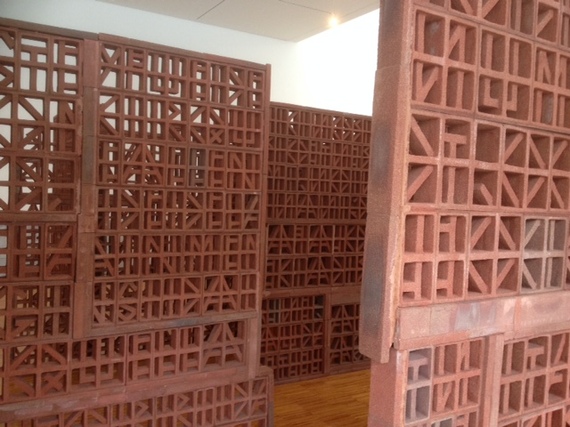 Coming soon to a bookstore near you from Bloomsbury Publishers: