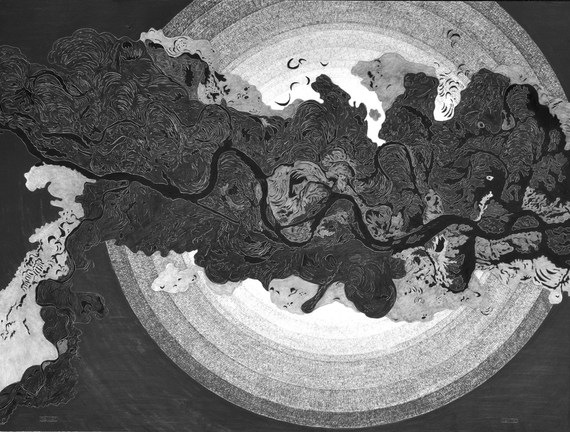 Analysis of graphite drawings rarely contains observations on texture or any mention of impasto -- such qualities are the province of painting. But the first of many surprises in the work of Christine Weir are the acrobatic surface variations she achieves using only graphite. Working on paper or on the trickier medium of clay panel, which yields more nuanced results but is physically quite finicky, Weir surgically modulates a seemingly infinite array of degrees of hand-applied pressure, resulting in differences in mark-making that range from gossamer invisibility to steely patina to thick accumulations mimicking pigment. This tool kit of textures demonstrates an equally dynamic range of heterogeneous tonalities within the grey scale. These unexpected dimensions of graphite are deployed to construct and build up an eclectic lexicon of organic and geometric abstract shapes juxtaposed in vertiginous layers and furrowed grounds. 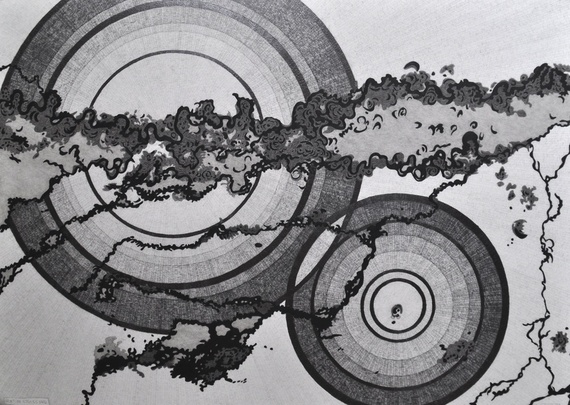 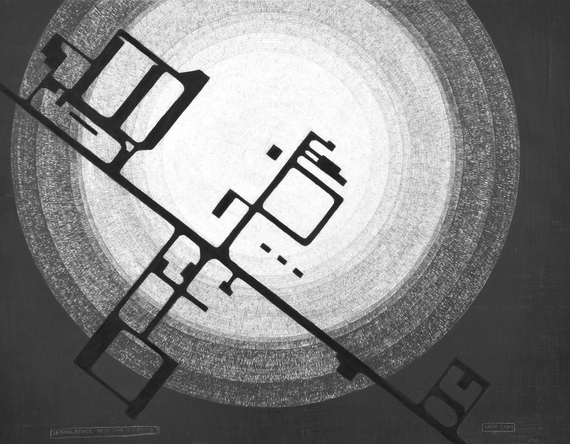 Weir's hard shape/soft ground/vice versa topographies are perspectival, aerial, abstract, architectural, fractal, and puzzling. The patterns are her own design (more on that later); the shapes are culled from Google Earth, where she trolls for man-made structures and landscape manipulations extreme enough to be visible from space. This includes reservoirs, circular farming fields, dams, airport runways, canals, cities at night, and other man-made scars and evidences of destruction. The show's title "Signs of Life" started out as a series of compounds and nuclear testing sites in Nevada and Russia. The rivers and waterways she depicts are polluted with waste. The nighttime urban lights are a bit less ominous and more about beauty and ingenuity, but are still artificialities and culprits of energy consumption. Admitting that "these images are reserved, cool, and distant observations of decay in society and on earth," Weir acknowledges that despite their apocalyptic character, the lack of color does help keep more volatile emotions at bay. 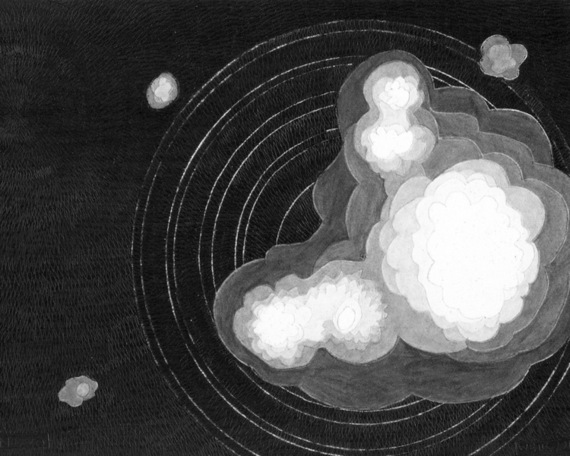 The pattern drawings she first lays down demonstrate an extreme repetition in mark-making that astonishes with its marvelous and intimidating precision. To Weir it's meditative and something of an emotional release; to her audiences, it often elicits gasps with its minuscule monumentality. There's open talk of OCD. Like her narratives and allegories, her style does come from kind of a dark place, which in the finished works somehow reads instead as joyful, patient, and disciplined in its balance of control and spontaneity. Perhaps the biggest surprise is the realization that there is no white, empty, or negative space in the drawings. Passages that look raw or blank from afar are in fact just as full of lead as the rest of the compositions -- formulated using the lightest of marks, whispers really, so that you have to get right up to the paper and give your eyes a moment to adjust. Like Malevich's Suprematism, the work exhibits a level of subtlety, a white-on-white back and forth for the eye, brain, and hand, that the like earth's atmosphere is invisibly full, and like Google Earth reveals its secrets to the obsessively patient and curious. 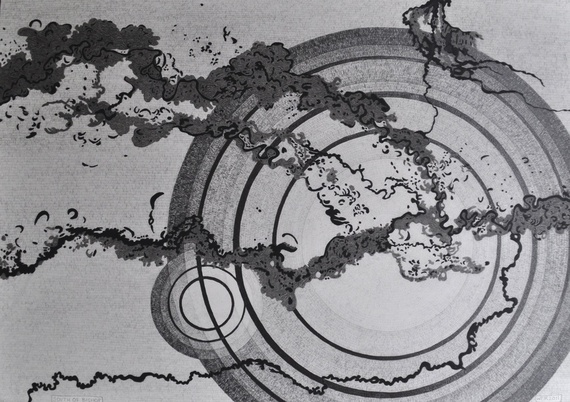 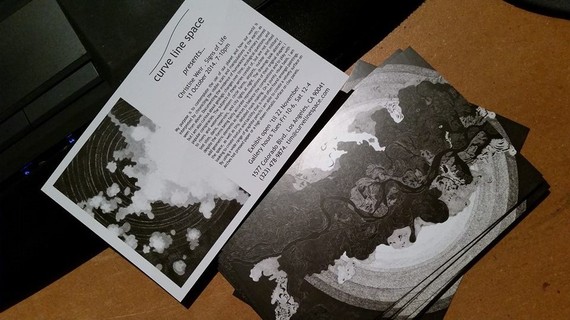