Christmas is an exciting time of year for many of us, but it is celebrated differently all over the world. From The Netherlands to Australia, InterNations employees have shared their Christmas experiences and traditions from their native countries. With more than 2.4 million members in 390 cities around the world, InterNations is the largest global network and information site for people who live and work abroad. Currently more than 100 people from 33 countries work at InterNations in Munich and five of them are sharing their personal Christmas stories as part of a holiday series here. 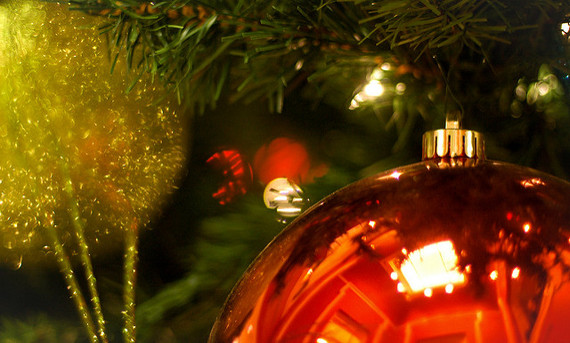 Growing up, my holiday season usually lasted a bit longer than most of my friends as my family celebrates both Hanukkah and Christmas. When I was in elementary school, the season would start with my mom coming to visit my class to explain was Hanukkah was, since I was usually the only one celebrating it. My classmates would always ask me if I received twice the amount of presents since I was celebrating two holidays. Unfortunately for me, Santa seemed to know that I had already received chocolate coins and other goodies over Hanukkah, so I don't think my friends at school had anything to be jealous of.

For my family, celebrating Hanukkah involves cooking a lot of potato latkes (shallow-fried pancakes of grated potato) as well as a delicious brisket (a beef dish), challah bread (a special braided bread), and of course lighting candles for eight nights. My sister and I both loved getting to light the tall skinny candles, and watching them slowly burn down throughout the night. I am not much of a cook, but I have managed to fry up some delicious potato latkes for my friends over the years as a way to celebrate my heritage when I'm far from home. The brisket I have yet to attempt on my own!

Christmas at home usually starts with watching "White Christmas" or "Love Actually" and then decorating the tree which goes up in early December. Ever since I was a kid, my sister and I would get to pick out a new ornament each year. Now that we are both in our mid-twenties, the tree is filled with beautiful memories from over the years. Picking these ornaments out of the carefully wrapped boxes and placing them on the tree while sounds of Christmas music fill the air is one of my favorite moments of the year. Since living abroad, I have never bought my own tree, as I always go home for Christmas. But I love to buy small wooden ornaments or hand-painted sparkly bulbs from the Christmas markets in Europe to bring back for my family to enjoy.

My favorite part of the holiday season has to be Christmas Eve, as you still have the anticipation of Christmas day. This is when my family gets together with some of our closest friends and we order boxes of Chinese food, followed by more traditional holiday desserts. I asked my mom how this tradition started, and while I would love to have some entertaining answer, the main reason is that there was so much cooking to do the next day, that the adults wanted something easy the night before. It is worth noting that many Jewish families eat Chinese food on Christmas day though. At the end of the night, before everyone goes home to wait for Santa's arrival, we all sit in a large circle around the fire and read "The Night before Christmas". Each person reads a page aloud and passes it on to the next, then it's off to bed with visions of sugar plums dancing in our heads.

Christmas day means one thing: presents! When I was younger, my sister and I would wake up as early as my parents would allow, and rush downstairs to see what Santa had put in our stockings and left by the tree. Now that we are older, the day starts a bit later (usually after some coffee), but I still love pouring out my stocking to see what Santa has brought me. Then we go around and everyone takes turns opening presents, before we cook a big breakfast to hold us over until the main meal.

In the late afternoon we have a big Christmas meal with family, usually complete with a traditional Christmas ham. After stuffing ourselves with mashed potatoes, rolls, various casseroles and more, we rope everyone into playing silly games, such as charades or Taboo, until the evening comes to an end. Then at 12:01 am on December 26th, the radio changes from playing Christmas music 24/7 back to "normal" music, and the wait for the holiday season starts all over again.

More:
hannukahexpatsChristmaschristmas around the world travel
Newsletter Sign Up
An essential daily guide to achieving the good life
Subscribe to our lifestyle email.
Successfully Subscribed!
Realness delivered to your inbox