Merry Christmas to all you valiant console warriors out there... 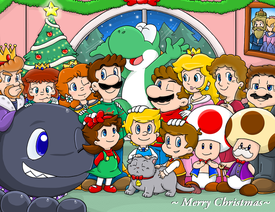 In honor of the big day, I thought it would be fun to share one of the few chapters that ended up being removed from the hardcover version of CONSOLE WARS

Although it's unlike any other chapter from the book (and certainly unlike what's typically found in non-fiction stories), it's a fun little ditty that I hope will add merriment to your holiday!

'Twas the night before Christmas, and all through the house
The toys lay unplayed with; even Mickey Mouse
Colorful stockings were hung by the chimney with care,
In hopes that a Genesis or SNES soon would be there.

The children were nestled all snug in their beds
While visions of Sonic n' Mario danced in their heads.
They'd begged for Sega or Nintendo when in Santa's lap
And anything else would simply be useless crap.

When out in Seattle there arose such a clatter
Forcing Senator Gorton to handle this matter:
The pro ball club, the M's, would relocate in a flash
Unless a hero stepped in to put up the cash.

You see: grinchly owner Jeff Smulyan was selling the team
To a buyer in Florida, thus crushing Seattle's dream,
When, what to the good Senator's mind should appear,
But a Christmas Eve phone call to silence his fear. 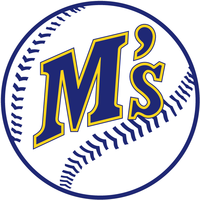 An employee of Nintendo, with words silked in honey:
Hiroshi Yamauchi would come through with the money.
"A Christmas miracle!" Senator Gorton said with glee
Until reality sunk in and he asked "But how could this be?"

For months, he had felt like a wayward court jester
Laughed at by all, seeking a local investor.
A "no" from Bill Gates; a "no way" from Boeing
Signified just how poorly this mission was going.

But as failure approached a doom-filled crescendo,
The Senator met with the execs at Nintendo
For the people! For our city! he pleaded his case
Yet only pessimism grew on Mario's face.

Even so, Mr. A would relay this conversation,
Causing Yamauchi to wonder: why worry of this situation?"
A lousy team? Losing money? Hardly worth a pittance.
Perhaps they'll cry in Seattle, but it sounds like good riddance.

Yes, yes -that was true--did Arakawa explain
But 'twas a matter of the heart, and not of the brain;
The USA, you see, was his adopted homeland
So maybe Nintendo could extend a helping hand.

There was also the matter of some recent bad press;
Which had helped Sega sell more, and Nintendo sell less,
Perhaps this was a favorable move in that game of chess
"I see," Yamauchi mused, and then surprisingly said "yes." 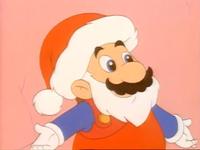 Hearing this all, Senator Gorton was in shock
Unwrapping Ken Griffey Jr. in his Christmas Day sock!
When Seattle was faced with an uncertain fate
Nintendo had moved at a Mode 7 rate

Mario sprang to his sleigh, with Tanooki and whistle
But could he withstand a blast processing missile?
Soon we'd all know who'd become king of the sprites
But for now: Merry Christmas to all, and to all a good night 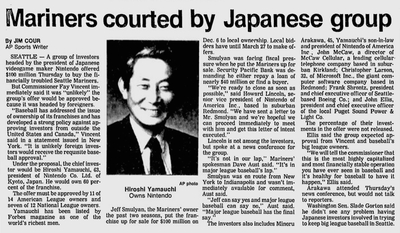 [note: I love that the photo in this article is actually of Minoru Arakawa...]