Just when you found the perfect ugly Christmas sweater, here comes word of an even tackier holiday trend: Christmas eyebrows.

This eyebrow-raising look is achieved by using gel to separate out the eyebrows and make them into peaks so that gems, stickers and other glittery objects can be attached, according to HuffPost UK.

The trend was popularized by YouTuber Taylor R., who posted a tutorial video on Tuesday, and a shorter version on her Instagram page.

Since then, others have jumped on the bandwagon, and some with more elaborate brows than others.

And some went for the quick fix.

It remains to be seen whether Christmas eyebrows will become the next big holiday tradition, but not everyone is excited about it, including Buzz60 host Keri Lumm, whose video on the trend appears above.

“As if we needed one more thing to do during the holidays,” she said. “It makes me long for a simpler time when the only part of a face people decorated for Christmas were their ears.”

Pop of Culture Health and Medicine Fashion and Style Christmas 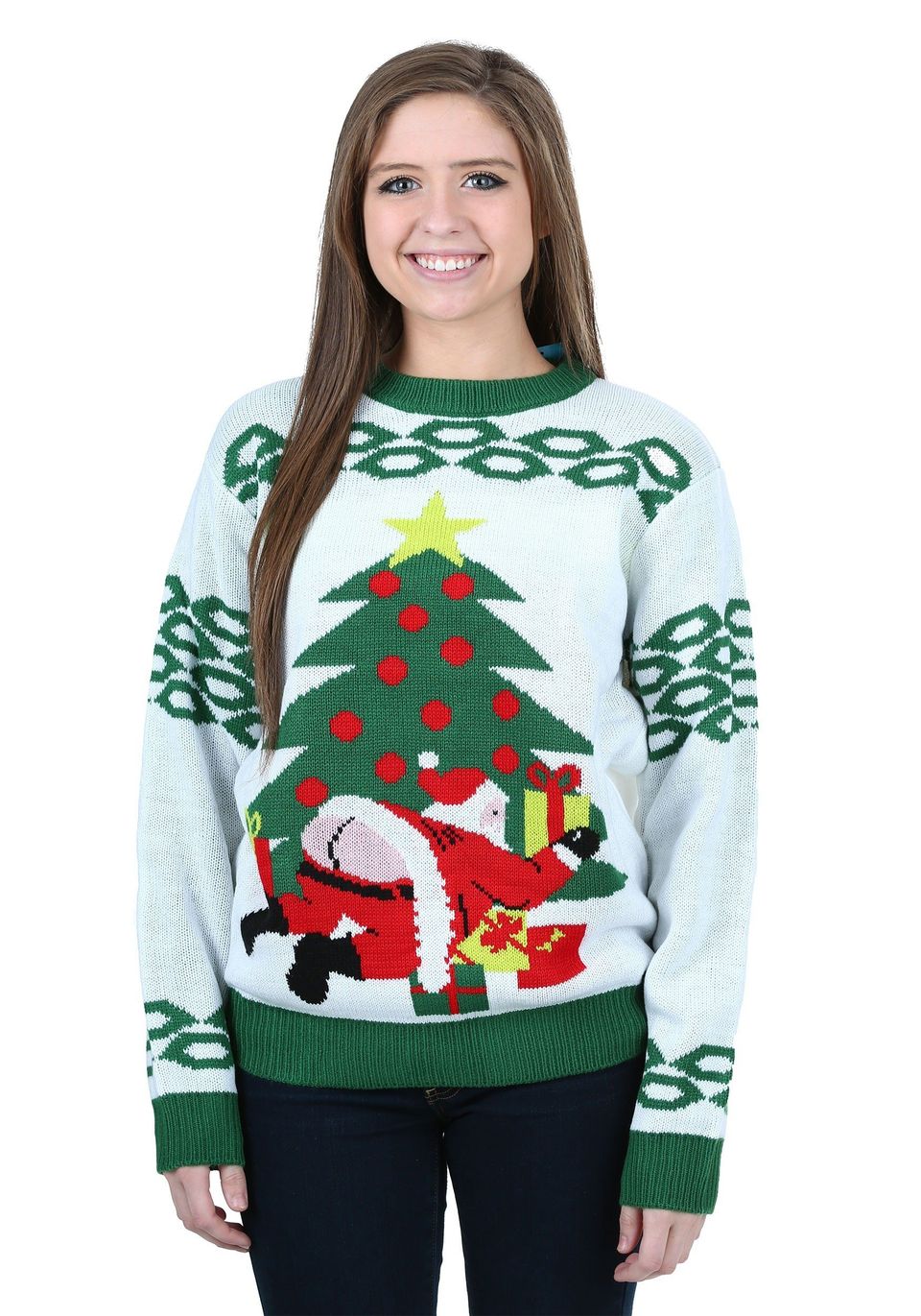 1 / 27
Santa Butt Crack
Santa is known for his snowy beard, twinkly eyes and -- I was going to say rosy cheeks. However, after looking at this <a href="https://www.fun.com/butt-crack-santa-ugly-christmas-sweater.html" target="_blank">sweater,</a> those cheeks look more like a pasty white.<a href="https://www.fun.com/butt-crack-santa-ugly-christmas-sweater.html"><br><br></a>
Fun.com