From ostentatious light displays to picture-perfect cards and letters, Christmastime is all about hiding failure from the scrutinizing eyes of friends, relatives, coworkers and neighbors. But as we can see in part from the host of failure-focused Christmas films out there, true holiday spirit is as much about embracing everything that's not perfect as it is about celebrating everything that is.

In this spirit we've collected some Christmas fails that like-minded revelers have posted around the web. Vote for your favorite one and send us your own if you think you can top these! 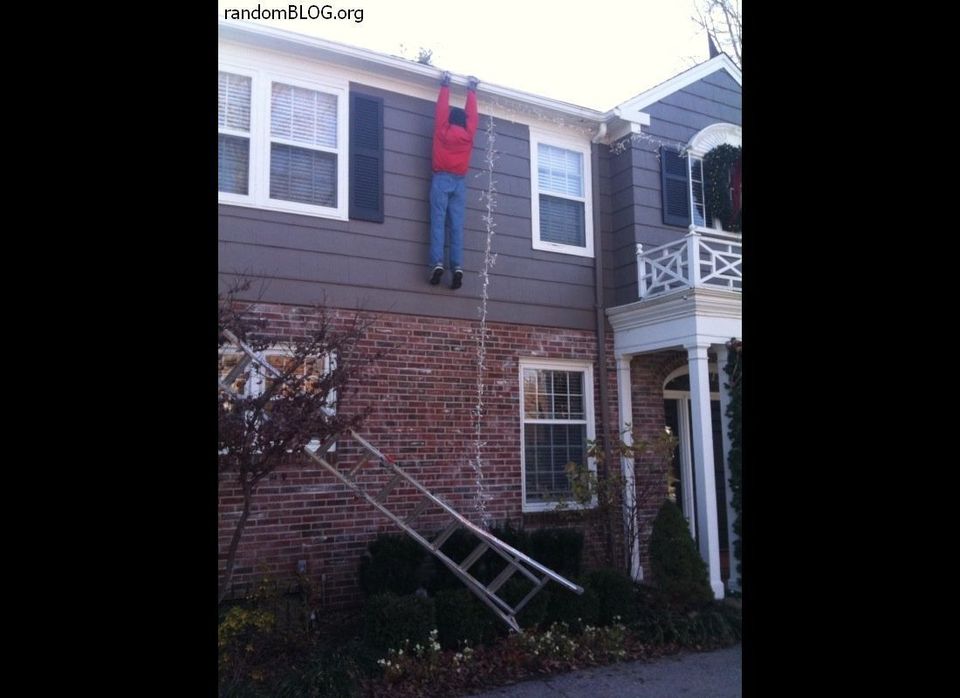 1 / 23
This guy took Christmas FAILS to the extreme and caused quite a scare among neighbors. No, not the guy hanging from the roof (that's a dummy), the guy who engineered this fake Christmas-light disaster only to be advised by police to take it down because it was freaking people out. <a href="http://thehappyhospitalist.blogspot.com/2009/12/christmas-pranks-taken-to-unbelievable.html" target="_hplink">According to the blog post in which the picture was posted</a>: Good news is that I truly outdid myself this year with my Christmas decorations. The bad news is that I had to take him down after 2 days. I had more people come screaming up to my house than ever. Great stories. But two things made me take it down. First, the copes advised me that it would cause traffic accidents as they almost wrecked when they drove by. Second, a 55-year-old lady grabbed the 75 pound ladder [and] almost killed herself putting it against my house and didn't realize it was fake until she climbed to the top (she was not happy). By the way, she was one of the many people who attempted to do that. My yard couldn't take it either. I have more than a few tire tracks where people literally drove up my yard. (<a href="http://www.reddit.com/r/pics/comments/aasni/hanging_christmas_lights_fail_thank_god_for/" target="_hplink">via Reddit</a>)