December may still be a few weeks away, but that didn't stop some South Korean penguins from breaking into the holiday cheer a bit earlier than usual.

As Reuters reports, a pack of the birds donned Santa and reindeer costumes as they waddled down a decorated avenue at Everland Amusement Park in Yongin, just south of Seoul. Organized to kick off the park's annual "Christmas Fantasy" celebration, the spirited avian procession thrilled children of all ages. Christmas is a major holiday in South Korea, where a large portion of the population is Christian.

Watch a video and vote on your favorite photos of South Korea's merry penguins here: 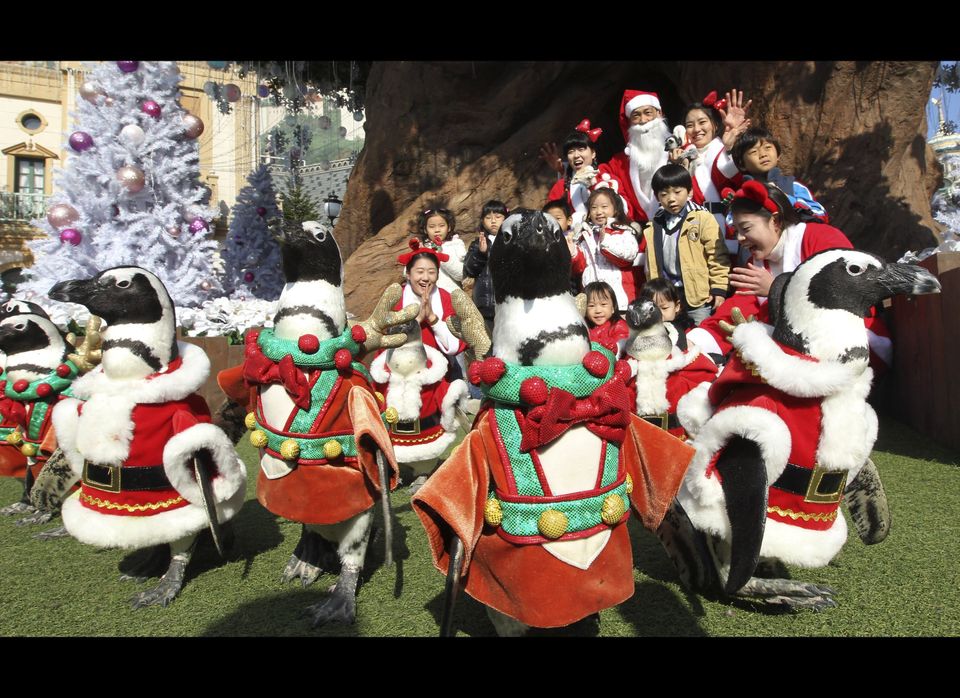