As the South awakens to a waterlogged Christmas morning, bright-eyed children, visions of sugar-plums dancing through their heads (I actually wouldn't recognize a sugar plum if it spoke to me) are rushing to see what Santa brought for them under the tree.

Unfortunately there is another group awakening too: The Great Silent Disapproving Saints. 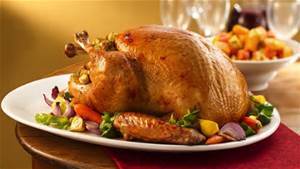 "I don't know if I can endure another Christmas of Pearl's dressing...I swear she puts a pound of sage in it...I am not sure how long I can be gracious having to deal with that!"

"Who told Willadean that you put honey and cherries in ambrosia? Who? Anyone brought up right knows that ALL that goes into ambrosia is torn orange pieces and freshly grated coconut." (By hand, not by food processor, by hand denoting greater dedication and love to any dish you make, as well as any sewing project.)

"Last year all of the children threw up after eating that God-Awful concoction of marshmallow fluff, pistachio pudding mix and chopped pecans that Uncle Bubba always makes...I HOPE they were out of Fluff by the time he got to Winn-Dixie yesterday."

"I don't know where Martha was raised. Can you BELIEVE she uses margarine in _____? (fill in the dish) She seems so nice but I don't know how she must have been raised!"

"The last time I was there I was getting something out of the pantry and I saw a jar of Miracle Whip!" The implications of spotting this product would seem to affect any dish that could potentially come out of that kitchen.

These are some of the thoughts that are going through the minds of the Disapprovers as they prepare to be a guest at Christmas dinners all over the South... along with, "Who eats Christmas Dinner at NOON? It supposed to be after FOUR at the earliest!"

But this is counter-balanced by the Vice-Disapprovers who contend, "Dinner is served in the middle of the day... at night you have SUPPER!"

And there is the inevitable "Can you believe she has a perfectly good set of Gorham Buttercup Sterling Silver under her bed and we have to eat with that cheap stainless every year? And I gave her TWO Serving Spoons in that pattern when she got married and I bet you ninety-to-nothing that they have not been used ONCE!"

For all of the children, Merry Christmas!

For the Great Silent Disapproving Saints, be thankful you are invited anywhere... and keep your little lips collectively shut.

It's a recipe for disaster.