To most Americans, Christmas wouldn't be Christmas without at least a few of these traditions and celebrations.

But as a religion with more than 2.2 billion adherents, something as simple as a celebration of the birth of Jesus Christ has taken on enormously different shapes and styles across the globe. In many places, the most important Christmas celebrations don't even take place on December 25.

From the colorful Simbang Gabi Mass celebrations of Filipino Catholics and the dancing Koledari carolers of Bulgaria and Macedonia to Mexican Posadas and the elaborate Ganna processions of Ethiopia, here's a sampling of the spiritual and cultural dimensions of one of the biggest holidays in the world.

Christmas Traditions Around The World 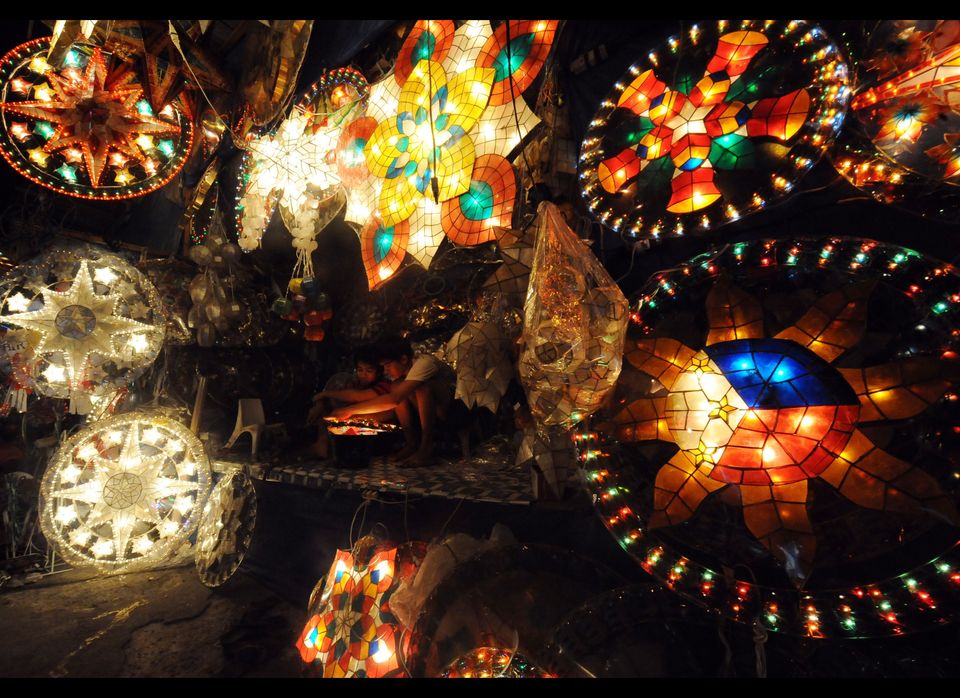 1 / 9
The Philippines: Simbang Gabi
Over the nine nights leading up to Christmas, Filipinos attend<em> Simbang Gabi</em>, a festive and colorful series of Masses that includes Tagalog hymns, processions with bamboo star lanterns and Filipino foods. The tradition, which translates to "night worship," goes back to the 16th century, when Spanish colonization resulted in much of the nation converting to Catholicism. Much of the population in the colony worked early in the morning as fisherman or woke up early to farm, making pre-dawn the best time for Mass. Simbang Gabi Mass has the same liturgy as other Roman Catholic Masses, but it adds emphasis on Tagalog hymns and the story of Jesus' birth. In the United States, it has become an evening event in order to not conflict with work schedules. Oftentimes, Filipinos make a <em>panata</em>, or vow, to attend every Simbang Gabi Mass, as tradition says that a wish will be granted for those that reach the goal. The photo above shows star-shaped Christmas lanterns, known as <em>parols</em>. Parols are patterned after the Star of Bethlehem, which guided the three kings to baby Jesus in a manger, and are made from bamboo covered with paper. They are displayed in houses, offices, buildings and streets. They represent the victory of light over darkness.
Getty