Decorating a Christmas tree is one of the most celebrated holidays traditions around the world. It is claimed that the tradition of decorating an evergreen tree during Christmas started in Livonia (present-day Estonia and Latvia) and Germany in the 16th century.

Traditionally, the Christmas tree was brought into the home and decorated with candles on Christmas Eve and kept for 12 nights until Epiphany. Typically, a star or angel was placed at the top of the tree representing the angels or the Star of Bethlehem from the Nativity scene.

Like many customs, the Christmas tree has changed with modernity both in how it is decorated and what it signifies. Today, Christmas trees are either natural or artificial, usually decorated with multi-colored Christmas lights, tinsel, ornaments, garlands and candy canes. While many Christmas trees retain an old-world charm, many are distinctly futuresque like the one made of approximately 300 red and white teddy bears in Seoul, or the $2 million Christmas tree made out of pure gold displayed in a Tokyo jewellery store.

Both a Christian and secular symbol in the 21st century, Christmas trees can also be known as holiday trees today and can be seen in many public spaces and non-Christian homes.

HuffPost Religion has compiled some of the most spectacularly decorated Christmas trees from around the world.
Enjoy! 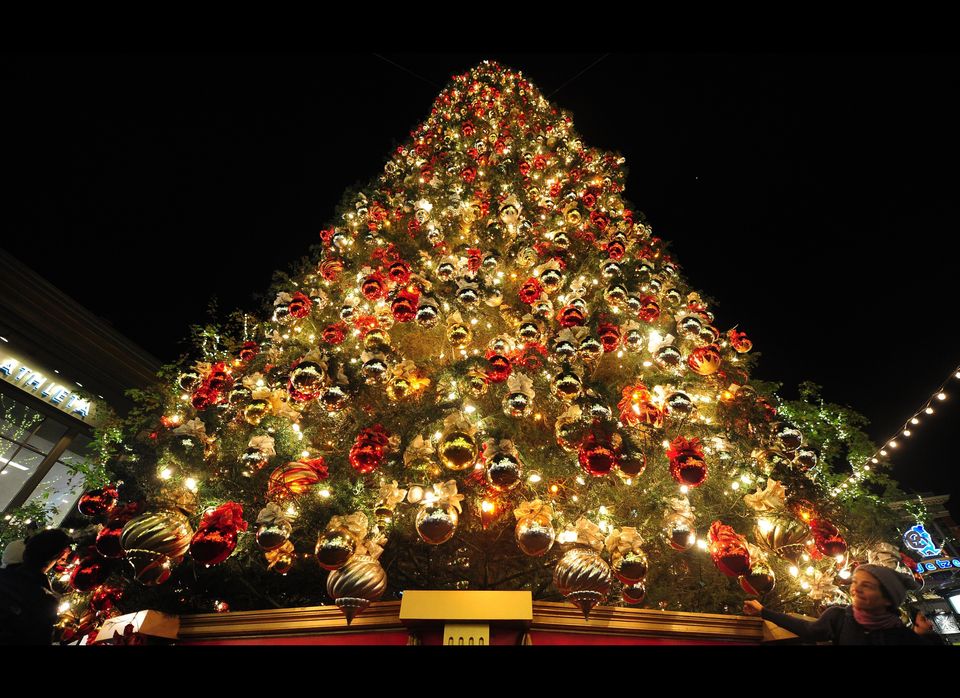