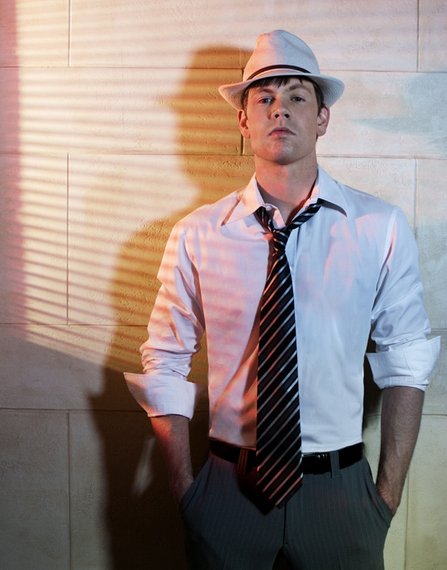 Christopher Rice is vampire chronicler extraordinaire Anne Rice's son. There. Now put that out of the way. Because while that fact might have gotten him in a few doors, once they opened, he had to perform. And perform he did, and has. His first book, at 22, "A Density of Souls" exploded and now in his 35th year of life he is a New York Times best-selling author with his fifth book hitting the shelves right now.

That book, "The Heavens Rise," takes Rice back home, to the Bayou and in to the supernatural waters, something he previously had avoided.

"I didn't sit down and start writing a book where someone had a superpower," he told me on my syndicated radio show. "But when I was figuring out the characters I was drafting, all of a sudden it seemed like Niquette had to have a super-power, it just explained so much of why she did some of the things she did, and thus I began writing a supernatural thriller I suppose," he laughed.

Rice knows the area he writes about very well. Born in San Francisco in 1978, his family moved to New Orleans when he was 10. His mother, Anne, is a household name among fans of horror novels, and his father Stan, was an accomplished poet, painter and teacher. Stan passed away in 2002.

"There's always a part that wants our parents to be proud of us," he reflected. "I miss my Dad not seeing what's happened in my life personally and professionally."

"The Heavens Rise" is centered around the Delongpre family, and the name makes Rice laugh a bit.

"I lived in New Orleans for years, and I don't think I ran in to one Delongpre. However, I live in West Hollywood now, and there's a Delongpre street. I've heard the name now on a few shows set in the South and I think they must be written by a lot of gay men in West Hollywood!" he laughed.

Tense, gripping, gory at times, "The Heavens Rise" is every bit the novel one would expect from, well, someone like his mom. But they are not rivals, in fact, his being a successful author has even brought them closer.

"It's so fun to be out with mom, doing signings," he stated. "I hope my work now stands on its own merits and they see me as another author who happens to be the son of another author."

Christopher has never been shy about his sexuality; he is out and proud. And like many, has great hopes but also great reservations about the future.

"In the last decade we have moved forward so quickly, not just legislatively but in the court of public opinion," he told me. "But, this week the Senate will finally pass the Employment Non Discrimination Act but it will die in the House because the speaker...what? Believes it's OK to fire people for being gay? America clearly is not of that mind, and the House needs to start representing the people again, all people, including this community."

Any fan of the horror genre should read "The Heavens Rise." Christopher Rice is casting his own shadows now, setting new standards for other authors and over the last almost 15 years and has added a new wing to the Rice literary legacy.

For more information, go to http://www.christopherricebooks.com

And to hear the podcast of the Christopher Rice interview get the Karel App or go to http://www.thekdw.com