The shadow of the U.S. medical industry is shockingly apparent in the names of the priorities its reformers declare.

Most recently this dark matter was outed in the Journal of the American Medical Association by the physician and change agent Donald Berwick, MD. Berwick, something of a personal hero, called on the industry to enter a new "Moral Era." But can we right the industry's rapacious course by simply asking people to put their best foot forward? 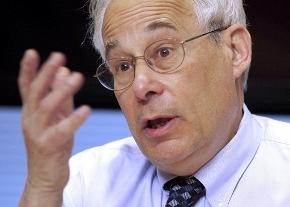 Berwick is the former recess appointee by President Obama to head the Center for Medicare and Medicaid Services. Given his penchant for single payer, the Republicans wouldn't have him any other way. He may be comfortably considered the Chief Conscience Officer for U.S. medicine. He is known for continuously attempting to lasso the galloping horses of the $3-trillion industry with memory's lariat: a presumed service mission that originally got everyone involved in health care in the first place.

The shocking shadow lurking in Berwick's "moral era" made me recall the names of the cascade of reform activities on the way to this reckoning - and of the shadow each holds. Can this call to purpose rein in the beast?

Patient-centered care Such a campaign would hardly have been necessary were not relationships between patients and practitioners set to one side and fractured by medical technology, haste, and the thriving industry's assembly-line focus on production. Even federal funding incentives to propel good intentions toward enhancing patient experience don't seem to be making much of a dent in the disaffection.

Evidence-based medicine A next big reform drive was for "evidence-based medicine." Medicine knows that beneath the cover of a nominally scientific endeavor is a reality closer to Mr. Hyde than the good Dr. Jekyll. The medical director for the nation's largest medical delivery organization, the $12-billion/year University of Pittsburgh Medical Center once put it this way in June 2014 to a plenary audience at an international conference: "Only 25% of what we do has quality evidence, and we only do that half the time." (See Useful Data Points.) For those falling asleep to the lullabye of science, this is a rude awakening. The shadow knows.

Value-based medicine Recent years opened a third catch-all: "value based medicine." The dark matter here is the competitive drive for "volume" and the churning focus on production of services. It's called profit seeking in the straight capitalist sector. Hospital CFOs do their best to emulate efficiencies that made Henry Ford's name. Office visits are managed toward short visits that drive the most revenue per minute. (This doesn't help in the patient-centered arena.) And even as Ford's industry favors the margins on an SUV, so the hospital balance sheet leans hard toward high-end surgeries and the specialists who do the cutting.

Berwick dubbed this value-based movement The Triple Aim. The trio of favored outcomes replacing raw production - patient experience, cost reductions, and bettering population health - seek to light a great darkness. The industry is 30%-40% waste - more, in rough dollars, than the annual U.S. military budget. Most horrifying, if one allows the data in, is that a 2013 paper in the Journal of Patient Safety estimated that between 210,000 and 440,000 per year die from preventable medical deaths.

Nor is that the end of the harm. As Berwick graphically described in a remarkable December 2015 speech he called A Report from Xanadu, the industry voraciously sucks-up social capital. Depleted are opportunities for education, infrastructure, jobs, alleviating poverty, limiting incarceration, embracing renewable practices, and creating sustainable energy. This damage to the public health overshadows the industry's red badge as the nation's third leading cause of death. 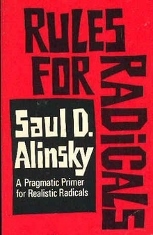 From sick care to health creation In late 2013, Berwick took a new tack. He urged captains of the industry into a 30-year process to move from the remunerative focus on sick care toward "salutogenesis" or health creation, as he called it. Perhaps purpose could be wedded to a big, affirmative mission, after the apparent failure to bind the best in the industry to these successive campaigns to clean up the mess.

To support the direction, Berwick and a group of colleagues stole an echo from Rules for Radicals, the enduring guide from the dean of community organizing, Saul Alinsky. They declared 10 "New Rules for Radical Re-Design of Health Care." Co-produce health. Promote well-being. Create joy in work. Continuously reduce waste.They highlighted the public health benefit: "Return the money from healthcare savings to other public and private purposes." They used suasion to urge delivery organization leaders to, of their own free will, join a new IHI Leadership Alliance that would lead the charge into the new world.

The Moral Era Then came the JAMA commentary. The question begged: what is the nature of behavior that is the shadow to what is moral? To make his broadside actionable, Berwick offered 9 steps to complement the 10 rules. Shift the business focus from revenue to quality. End professional prerogative. Practice complete transparency. Reject greed. The radical themes continued. 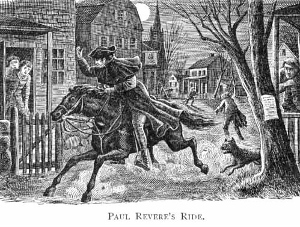 Berwick is a sort of modern Paul Revere. Only its not the British coming. Rather, apparently, shame and ignominy, to go with responsibility for the deaths and relative decline, through depletion of other social investment, in the population health. In the JAMA piece, he described an Era 1 of utter dominance and unquestioned authority for medical doctors. Era 2 is that described in this attempted list of remedial action. He adds: "Let era 3 be the moral era." He knows this framing will not be easily adopted: "Era 1 enthusiasts will find that prescription abrasive." No doubt. "Era 2 devotees will find it naive." I do. "But the discord is not helping clinicians, communities, or patients. Without a new moral ethos, there will be no winners."

Berwick rolled out the idea for Era 3 and its 9 steps in a February 18, 2016 "Why Morality Matters" webinar in which I participated with over 750 others. In the boisterous chat room, I chose to share something I'd written before on the topic: "Overall, the tone [of the steps] feels hurried and frustrated. It is as though Berwick is a practitioner of change agency whose patient is already shuffling off to exit the office call. He hurriedly rattles off recommendations that will make or break the treatment plan: stop smoking, reduce meat, walk more, add fiber, find a hobby, start yoga, spend less time at work, try non-violent communication, love yourself - just do those things and we'll converge on health."

Berwick called out my comment in his closing remarks, considering whether there is hope for real change. "This is hard," he said. "I'm arguing to move to a new mind set. It's hard."

Then he closed with a suggestion that it is only our generation shuffling off toward the door: "I think the sell is a lot easier when the young get the steering wheel." He referenced his daughter, a young internist who shared the webinar with him, and her colleagues: "I think a lot of us can focus on the young people that are honoring this [transformative effort], who are coming into it, and give them a chance to really do what they know is right. They will guide us to the 3rd Era faster than the way I know."

Perhaps so. I cannot shake a shadow looming over all of his. Removal of this is actionable. This is the deep darkness cast by the most significant piece of evidence in medicine that is routinely disregarded by policy makers and captains of this industry in the United States. If one wants better care, and higher population health outcomes at significantly lower costs, then there is a proven path. One must only adopt certain "design elements" as Berwick advocates but is forced, by mores, rather than morals, to leave to one side. It's not a matter of morality, Berwick says, but of mechanism. The design is called single payer.