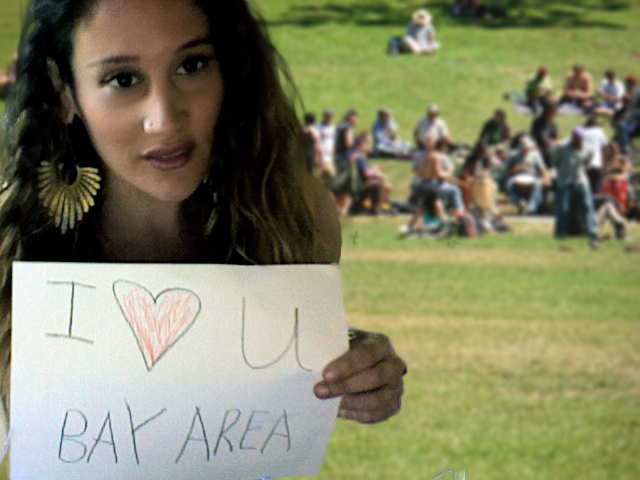 I just moved to the West coast a few weeks ago, and before I finish drinking the full pitcher of "California Kool-Aid" (don't worry it's organic and made with agave syrup), I have to write from the perspective of my East Coast self. This is because the witty, sarcastic cynical part of my personality is dissipating as I become a card-carrying member of the California Republic.  It's so ripe for poking fun, but everyone here seems too nice to laugh at it.  Or maybe they're just not in on the joke.  So before I can no longer laugh at the person I've chosen to become, let me record my observations of the area as it looks to me now.  Even if by next year, like Charlie in Flowers for Algernon, I read this list and don't understand why it's funny.

To be clear, I chose to move to the Bay Area because I love this part of the world. Like so many transplants to California, I wanted to be in a community filled with old Volvo station wagons with a myriad of bumper stickers pointing out the liberal ideals of the driver, I mean who doesn't? It feels much more comforting to see positive message bumper stickers, rather than Miami's array of liberal bashing messages on huge gas guzzling SUVs.

Please enjoy my observations and take it all with a grain of Stevia!

You actually see hitch hikers.  Not drifters, with their thumbs out and an axe hidden behind their back.  Just everyday young people looking to catch a ride with a stranger.

Gay or Straight. I can't tell in this city, I have lost all access to my 100 percent accurate Gaydar.

Drum circles.  Yeah, they're a thing here and people take them seriously.  They enjoy them.  They listen to them.  And they participate.  And to be honest, it's pretty fun and dorky in a good way.

People are genuinely helpful and totally sincere.  This includes, but not limited to, pulling over to help someone change a flat tire or even moving large furniture up three flights of stairs. In other cities people know to ignore the helpless looks of need, and keep their eyes planted firmly on the pavement.

Where are all the black people?  For a liberal minded community, it's pretty homogenous in terms of ethnic makeup.  Not saying it's anyone's fault.  I'm just saying it would be nice to see some people darker than a whiter shade of pale.  I lived in Miami far too long to not appreciate my café con leches from the Cuban bodegas, and my fritay from my Haitians.  Sak pase!

Jews are in hiding and only come out in Berkeley for pro-Palestinian rallies.  That's right.  I've been unable to find any fellow Jews to connect to, but somehow when I pass a rally where a speaker is calling the Jews imperialists, there they are, as if to say, "He worked so hard on his speech.  He should have a Jew to point to when he wants to give an example of who owns all the banks."

In Miami, everyone drives a Mercedes, rich or poor.  In the Bay Area, people who drive luxury cars are actually rich... but so is the guy in the 1980s station wagon running on French fry oil.

Differentiate between homeless, hipster, or Berkeley professor. It sounds easy but it isn't. They all have beards, wear Clarks, and share a similar scent. I'm pretty sure I've dropped a dollar into the coffee cup of a Nobel Prize nominee, and asked a homeless man if I could survey his class at Berkeley.

Know how to "White Hippie Dance." Miami taught me many dances growing up, from the conga to the Miami booty shake (the kids now call it twerking). But I never learned the white hippie dance. Luckily, if you attend a show at Terrapin Crossroads in San Rafael, or The Sweetwater in Mill Valley, you'll get a good visual lesson. I've actually become quite good!

Love a "jam band," such as The Grateful Dead, Phish, or My Morning Jacket, and be able to have long conversations about past attended shows at the Cow Palace or Greek Theater.

Be a part of the Bay Area fashion elite. It's easy. Tie dye all your whites. And throw on a pair of clogs, moccasins, or Birkenstocks.  If you grew up in the 1970s or 1990s, just pull some old threads from your closet. It's back in style everywhere else, but it never went out of style in these neck of the woods.

Attend at least one three-day music festival and describe it as "epic."

Support local businesses. Even if that means paying triple for your merchandise. After all, we have to support our community, and corporations are evil (except for Apple, Google and Facebook). But seriously -- I agree with this one wholeheartedly. Support your local stores.

Recycle. Understand with great efficiency how to separate your garbage into 8 different receptacles and to be sure that the amount of non-recyclable trash is non-existent, so you can be, "greener than thy neighbor."

Drive a Prius. But get used to never finding your car in a parked lot.  For a fool proof way to find your Prius, place a pro-Life sticker on the bumper.  Believe me, you will find your car.

Own a bike that costs more than your car.

Own a "couture bike" built by a bunch of hipsters and costs more than two cars.

Have a surf board or kayak on top of your car (don't worry if you don't actually surf or kayak).

Own a '70s turn table and only listen to vinyl (it's all about the sound, man).

Watch your sarcasm, people will not get it and think you are rude.

Ask people to meet for tea, not coffee. I still have no idea why.

Know that Whole Foods is Passé, but shop their anyway; Safeway is social suicide.

Leave your Manolo's home. As a fashion lover, I hate to be the bearer of bad news. I don't care if you are a cat walking super model, the steep hills minimize any potential for glamour, and only make us look clumsy, and like we are actually hiking the cement version of Mount Kilimanjaro in six inch heels. Hate to say it sisters, but bedazzle some Birkenstocks and be kind to your soles.

Over use the expression "it's all good," when in reality it's not all good and you really want to say "go F yourself".

Control yourself from angrily honking at every driver because due to the consideration of Bay Area residents, it seems that they are spending so much time letting people in front of them, that somehow you get stuck at every red light, are always late and can't blame the drivers for being too considerate.

Only use an Apple computer. Do not walk out of your house with a PC or you may be tazered. Or whatever the Bay Area equivalent of tazers are -- like mad dog stares.

Spend ridiculous amounts of money on groceries as long as it has a moving narrative (this could be that the cows got to hike the Andes before being slaughtered or that part of the cost of your kale, will support programs in the Inner City teaching single moms about the importance of a gluten free diet), because that's just worth spending three times the cost, isn't it?

Dislike Mill Valley because it's full of "yuppies," a term I thought died when Reagan left office, as you drive home in your mint condition 1969 Mustang Convertible to your solar-powered mid-century modern home in Berkeley.

Receive Botox injections since your early 20s, but guard that information with your life, because a real "hippie" "longs to age gracefully and are not shallow and vain.

Become a certified Yoga instructor (it's smart because in this area, Yoga teachers are needed about every five feet).

Never show frustration or irritation when standing in line for an hour, because the customer decides to ask loads of questions about the ingredients in the Yerba Mate tea they just purchased.  In the Bay Area, you have to smile and pretend you have absolutely nowhere to be, and repress any violent reaction like taking the Yerba Mate tea and ya know...

In spite of this list, I really do love this community and I love the Bay Area. I moved here to get away from snarkiness -- even if I'm a bit snarky. And overall, the people here have just been genuine, sweet, open, caring and soooo considerate. And I can't wait to get in my Prius, to meet a friend for tea and join a drum circle in Golden Gate Park. 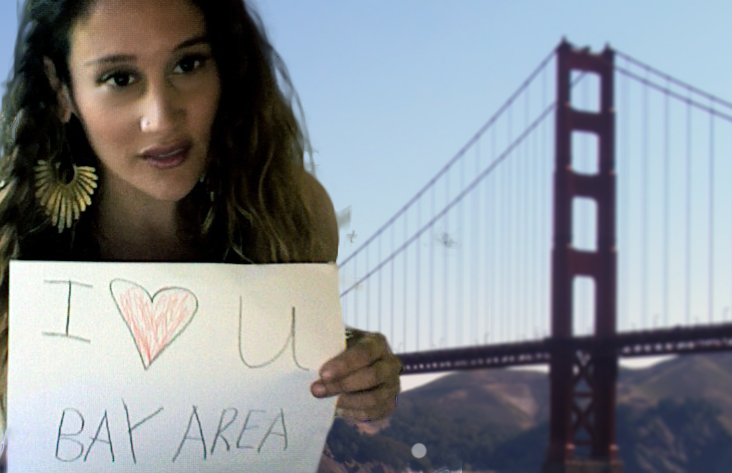