The separation between church and the state of your health may be narrowing, according to a new study released in the journal Health Promotion Practice this week.

In a survey of more than 1,200 members of 11 African-American churches in North Carolina, an overwhelming majority of congregants said they believe that the church has a responsibility to promote healthy living within the community they serve.

“Many of us who’ve grown up in the church understand its historical context, and know that churches function beyond spiritual guidance and social support,” said lead study author Adebowale A. Odulana, M.D., an internist and pediatrician at the University of North Carolina at Chapel Hill. Nevertheless, Odulana says he was surprised at how many African Americans believe their church is responsible for promoting health in their members and the community.

But what may be more surprising is how those congregants say they'd like to receive those messages about their health -- by way of interactive workshops and health fairs instead of from the pulpit.

In New York, cardiologist Ola Akinboboye has proposed a different approach -- changing the food people consume at church, and ultimately influencing the way they eat at home.

“Even though people only go one day a week, it determines how they live their lives the other six days ... In these church dinners you see a lot of cornbread, rice, fried chicken -- the holy bird,” Akinboboye told the New York Daily News. “People go to church events and see these foods displayed and assume they can eat them the same way at home.”

To drive home his message, Akinboboye and his Association of Black Cardiologists produced a documentary titled “Before You Eat The Church Food Watch This Video,” link African-American lifestyles to the heart disease epidemic ravaging the community.

The partnership offers a model for faith communities across the country that public health advocates say is needed to see church-based health programs truly succeed.

“I have often been critical of health promotion efforts which seek to reach the black community through churches because while churches are important part of black culture, public health researchers often overestimate the role of the pastor as the mechanism for crafting and presenting health information,” said Thomas A. LaVeist, Ph.D., director of the Hopkins Center for Health Disparities Solutions at the Johns Hopkins Bloomberg School of Public Health.

“Presumably health ministry members are more knowledgeable than most pastors when it comes to health messages," he went on to say, referencing the group within the church that focuses on the promotion of health and healing as part of the mission and ministry of the larger faith group and the wider community. "I imagine this would vary from one church to the next. However, if appropriate technical support can be developed for church health ministries, this could be a valuable new resource for reaching African Americans with accurate and authoritative health information,” LaVeist added.

PHOTO GALLERY
9 Ways To Lighten Up Your Weekend

Church Health Programs Needed, But Not At The Pulpit, African-American Survey Shows
9 Ways To Lighten Up Your Weekend 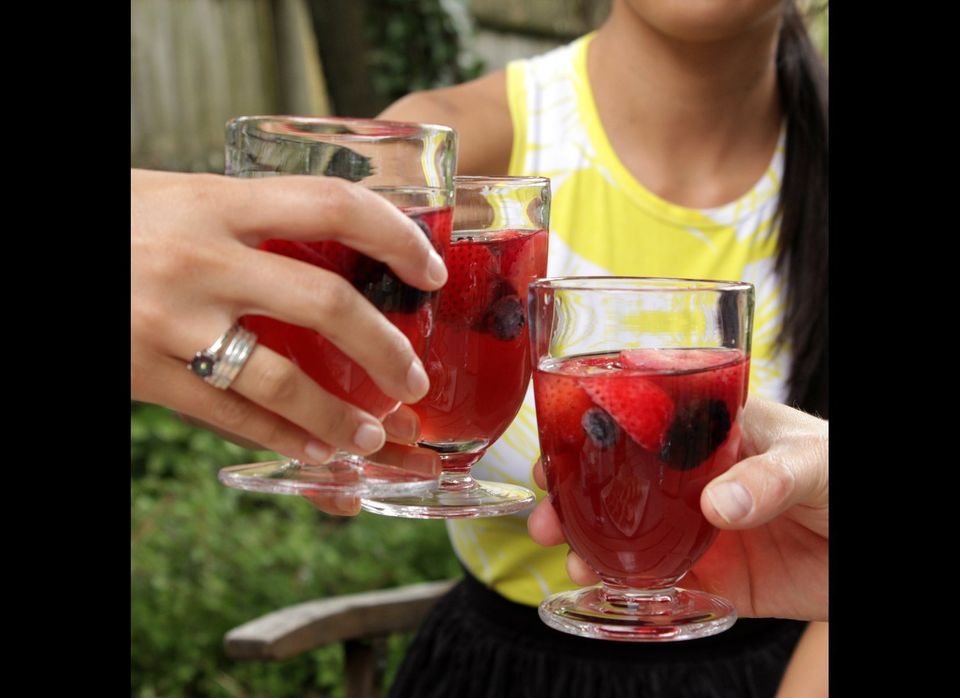 1 / 10
Limit the Cheer During Friday Night Happy Hour
Alcohol is high in calories and makes that free snack bowl on the bar look even more inviting. To still socialize without weight gain, ask the bartender to take the snacks away, or choose a seat where you can't easily reach them. Instead of a group pitcher of beer, order your own drink to keep track of how much you've had (white wine, champagne or soda water and vodka are all diet-friendly choices). In between drinks, down a full glass of water to fill up without excess calories and help prevent a morning hangover. Lastly, don't forget to eat! A sensible dinner will help you drink less and avoid any late-night food temptations. <em>Flickr photo by <a href="http://www.flickr.com/photos/dinnerseries/6032167463/" target="_hplink">Dinner Series</a></em>
<a href="http://www.flickr.com/" target="_blank">Flickr:</a> <a href="http://www.flickr.com/people/dinnerseries/" target="_blank"> Dinner Series</a>