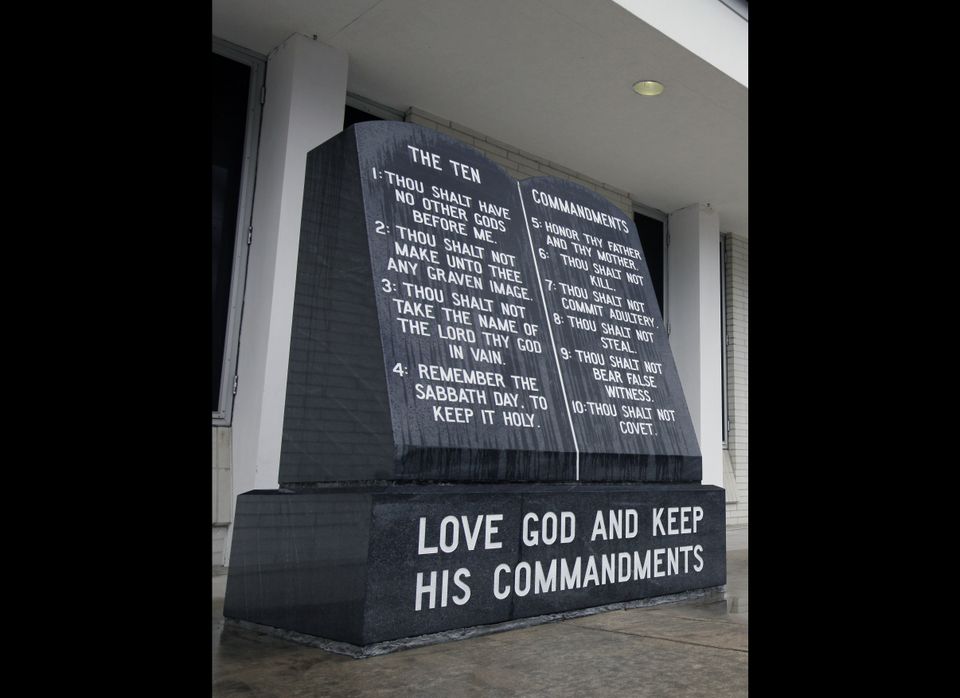 1 / 3
10 Commandments Suit
<strong><em>Johnson County Settles Ten Commandments Suit, Will Allow Church-State Separation Display</em></strong> MOUNTAIN CITY, Tenn. (AP) - Leaders of a Tennessee county have agreed to show a local man's display promoting church-state separation in the courthouse's "public forum" area. The agreement is part of a settlement in a case where Ralph Stewart accused Johnson County officials of promoting Christianity, in violation of the First Amendment. According to the lawsuit, the county allowed a large plaque of the Ten Commandments to hang in the courthouse lobby as part of a display on the history of American law. Stewart's display, which was not allowed, consists of posters titled "On the Legal History of the Separation of Church and State" and "The Ten Commandments Are Not the Foundation of American Law." The latter contains the statement, "The primary source of American law is the common and statuary law of England, NOT the Bible and NOT Christianity." Americans United for Separation of Church and State announced the settlement last week. It included a payment of $75,000 to Americans United for legal fees and a token payment of $1 to Stewart. Stewart said he would have preferred that the county simply remove the Ten Commandments plaque, but he hopes that this case will deter other counties from adopting a public forum as a way to display Christian religious texts. "The concept that government should not be promoting a religion is such a really cool idea that we came up with, and they just don't seem to grasp that," Stewart said of local political leaders. County Mayor Larry Potter referred calls to the county attorney who did not immediately respond to a request for comment.
AP Photo/John Raoux