After hearing that a refugee family faced imminent deportation, a Netherlands church sprung into action ― and members have continued stepping up for over one month.

The Protestant Church The Hague, a local branch of the nationwide Protestant Church in the Netherlands (Protestantse Kerk), has taken dramatic steps to protect the Tamrazyans, an Armenian family of five asylum-seekers who have lived in the Netherlands for nine years. The government has reportedly denied the family’s asylum request and approved them for deportation ― even though there’s a law in place that allows children who have lived in the country for over five years to be eligible for a residence permit, if they also fulfill other requirements. The Tamrazyans applied for a permit under that law and were denied, according to the church.

Knowing that Dutch law prevents police officers from entering houses of worship during religious services, church members decided to hold a nonstop worship service at Bethel, a church and community center in The Hague. This meant that the Tamrazyans would be able to take shelter in the church.

“The family is in the building continuously. They can be arrested when they go outside,” the Rev. Theo Hettema, a spokesperson for the Protestant Church The Hague’s asylum efforts told HuffPost in an email.

Hettema said the Tamrazyans feared going back to Armenia because the father of the family, Sasun, had been threatened for his political activism. The family learned in September that the government was planning to deport them. The Tamrazyans reportedly took shelter in a church in Katwijk. When that living arrangement became tenuous, the Protestant Church The Hague agreed to take over and help the family move to Bethel. As a result, the Tamrazyans now have the backing of Netherlands’ largest Protestant denomination.

Bethel has a rotating array of about 400 ministers and lay people coming to help conduct the services. They’ve also invited supporters in the community to attend services and help with groceries. The church says about 3,500 visitors from all over the Netherlands have come to Bethel to help support the Tamrazyans.

Attendees of the church’s services range from two people in the middle of the night to about 100 on Sunday mornings, Hettema said. The Tamrazyans attend the church service or stay in a private room in the church building.

In a press release, church leaders said it respects court orders but finds itself in a “dilemma” ― “the choice between respecting the government and protecting the rights of a child.”

Leaders said they wanted to engage in a dialogue with politicians about the family’s asylum request and about the Netherlands’ treatment of child asylum-seekers looking to get residence permits.

Advocacy groups claim there are at least 400 other cases of child asylum-seekers who have been living in the Netherlands for over five years, the BBC reports.

Hettema said this phenomenon of churches opening their doors to protect refugees is not at all uncommon in the Netherlands ― he claims it’s happened at least 52 times. But in the past, he said, a continuous church service wasn’t required to prevent police entry ― which has made the Tamrazyans’ case “much harder.”

“We plan to continue the services as long as our aim, to create time and space for a dialogue on the life of this family and the fate of children in similar circumstances is supported,” Hettema said. “At the moment, we do not know how long the church service will take.”

“We act [out] of compassion and from a motivation to live like responsible civilians of our state, who care for others and remind the government to their responsibility,” he added.

In the meantime, worship at the church continues.

CLARIFICATION: This story has been updated throughout with quotes from the Rev. Theo Hettema, and language has been amended to clarify that the Protestant Church The Hague spearheaded the effort to shelter the Tamrazyans. 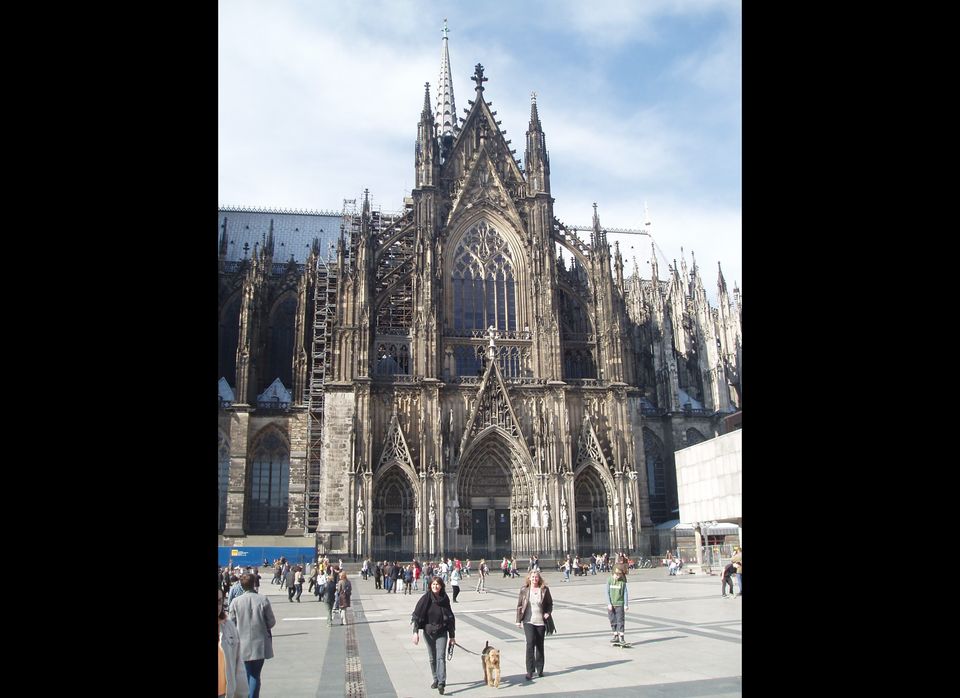