September 29th, 2015 was a cloudy and humid Autumn day, with showers late in the evening. If you were at Rumsey Playfield, however, you'd hardly notice with all the Summer energy Lauren Mayberry, Martin Doherty, and Iain Cook brought to their sold out audience.

The night started with opening band Mansionair. The Sydney-based trio was a great start to the concert and sonically, a perfect segue into CHVRCHES' set.

The Scottish band, who just released their sophomore album, Every Open Eye, took to the stage with new songs and gorgeous new visuals. The Vs that normally appear in a CHVRCHES backdrop were gone, replaced with three tall LED displays that arched up behind them. The energy of the performance was high throughout. So much so, in fact, that I suspect only the most discerning of ears caught when Lauren briefly stumbled over a few lyrics of the new material.

When she wasn't singing or doing her trademark microphone slinging, Lauren spoke to the crowd about the band's beginnings, citing a performance at Mercury Lounge; customary differences between British and American hospitality; and the weather, teasing about the impending storm (and how they'd remain nice and dry on stage). Also of note was her response to one particular fan who chose to interrupt with a shout of "Marry me!!"

Mayberry, who isn't at all new to handling such comments (and much worse) responded in the best way. After a "pardon?" to be sure of the man's request, she responded: "Oh, come on. What's your hit rate for that--asking strangers to marry you? " She continued to state that if he's here, he should know what the band is about. The exchange was lighthearted and at the same time, quickly addressed the absurdity.

Shortly after the declaration that it might rain, it did just that. It rained briefly for one song, easing near the end. The rain would pick up again briefly during the encores, but not a single fan budged.

CHVRCHES has been on my "to-do" list for quite a while, and I'm so very glad that I got to see them--and share the experience with all of you.

All photos by DeShaun Craddock. 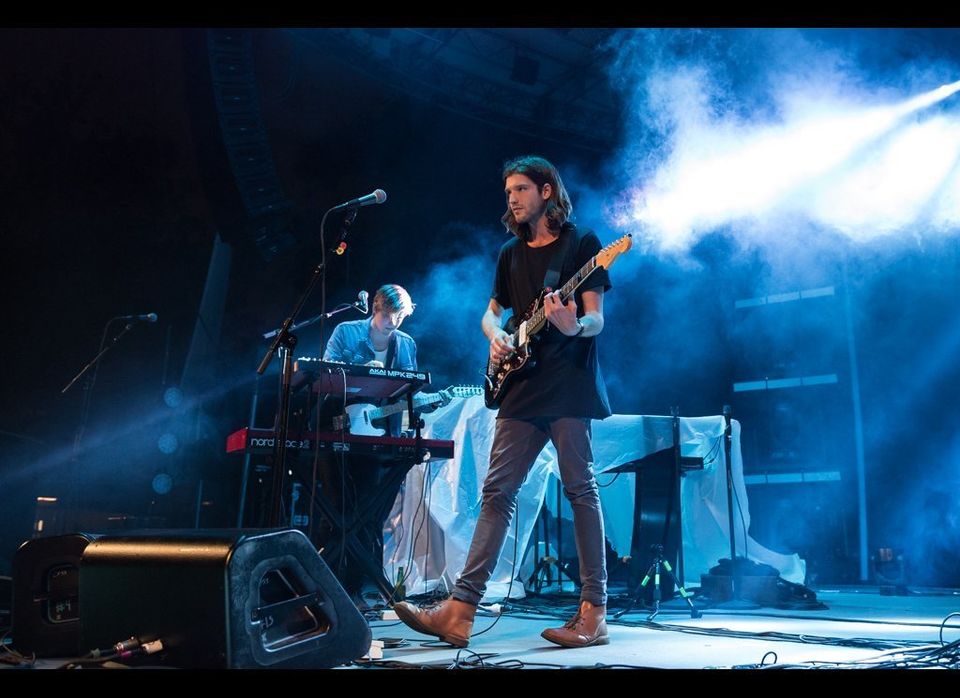