NEW YORK -- The Washington Post ran a front-page story Tuesday about the CIA agent who serves as the model for Maya, one of the the main characters in "Zero Dark Thirty," a much-anticipated film about the hunt for Osama bin Laden.

The Post described how the CIA agent, who's now in her 30s, has "sparred" with colleagues, "lashed out" at them in a reply-all email, was "passed over for a promotion," and has "come under scrutiny for her contacts with filmmakers."

But while the Post reveals such details about the woman's complicated tenure at the agency, the paper didn't name the undercover agent or get an opportunity to speak with her personally.

"The woman is not allowed to talk to journalists," wrote the Post's Greg Miller, "and the CIA declined to answer questions about her, except to stress that the bin Laden mission involved an extensive team."

While it's unsurprising that the CIA would prohibit an undercover agent from speaking with journalists, it's ironic given that the same agent was apparently allowed to speak to "Zero Dark Thirty" screenwriter Mark Boal, who previously worked with director Kathryn Bigelow on "The Hurt Locker" and teamed up with her again for this film. The Post, citing U.S. officials, reported "that Boal met with Maya’s real-life counterpart and other CIA officers, typically in the presence of someone from the agency’s public affairs office."

In reporting Tuesday's front page story, Miller told The Huffington Post that the paper "withheld some details" about the undercover agent, "but nothing extraordinary." But other details about the woman, and her role as a model for the film's protagonist, have emerged in recent days.

New York Magazine's Mark Harris wrote this week that Boal began to hear about the agent's role in hunting bin Laden during his research for the film. After doing extensive reporting, Harris wrote, Boal "and  Bigelow knew they had found the narrative spine of their film in the character they called Maya."

Although The Post reports that Boal "met" the real-life Maya, the screenwriter wouldn't confirm any face-to-face meeting in the New York Magazine piece. “We’re probably not gonna get into the weeds of who we met with or didn’t meet with, ever," he said.

A CIA spokesman emphasized to The Huffington Post that numerous officers, over a number of years, were involved in finding bin Laden.

“The mission’s success was the culmination of many years of complex, thorough, and highly-advanced intelligence operations and analysis," the spokesman wrote in an email. "Just as there was no single piece of information that led to the discovery of bin Laden, there was no single officer responsible for the success. Over the course of a decade, hundreds of analysts, operators, and many others played key roles in the hunt.”

"Zero Dark Thirty" sparked controversy earlier this year when it was revealed that top officials in the Pentagon, CIA and White House granted the filmmakers "unusual access to those involved in planning the raid and some of the methods they used to do it," according to Politico. Such cooperation -- coming as the Obama administration aggressively cracked down on leaks -- suggested high-level access was provided in hopes of the film offering a positive portrayal of the U.S. government in finding and killing bin Laden.

Politico's Josh Gerstein wrote that "documents obtained by [conservative watchdog] Judicial Watch show the White House and the CIA also rolled out the welcome mat for the filmmakers."

On "CBS This Morning," Bigelow was recently asked about receiving access to classified information.

While "Zero Dark Thirty" has been getting early rave reviews and is considered an Oscar contender, the film has also received criticism for suggesting that torture may have been a factor in finding bin Laden's courier, and as a result, his compound in Abbottabad, Pakistan.

"I’m betting that Dick Cheney will love the new movie 'Zero Dark Thirty,'” wrote The New York Times' Frank Bruni on Sunday. That's because the film, in Bruni's opinion, shows torture tactics -- like those supported by the former vice president --as "something of an information-extracting necessity, repellent but fruitful."

"I have not seen the movie yet, so I have to rely on descriptions of its plot," wrote the Daily Beast's Andrew Sullivan on Monday. "But if it portrays torture as integral to the killing of Osama bin Laden, it is a lie. If Bigelow is calling torture 'harsh tactics' she is complicit in its defense. And lies do have an agenda, whatever Bigelow says."

"As a moral statement, Zero Dark Thirty is borderline fascistic," Edelstein wrote. "As a piece of cinema, it’s phenomenally gripping -- an unholy masterwork."

This article was updated following a response from the CIA and Washington Post reporter Greg Miller. 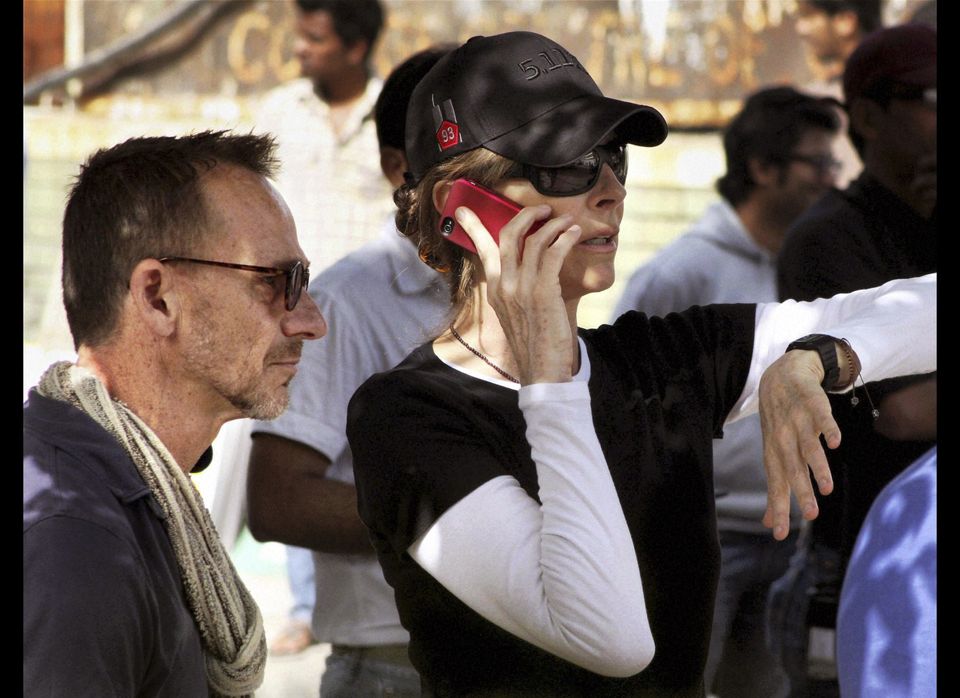