"It will help us to continue to grow CicLAvia," Paley said of the new funds.

CicLAvia shuts down streets in certain sections of Los Angeles, giving bikers and pedestrians access to car-free roads and drawing tens of thousands of participants.

The event originated three decades ago in Bogota, Colombia and is now held in many cities across Latin America and the United States.

Paley said his group is planning four CicLAvia events in 2014. One of the new routes, he said, may be through the San Fernando Valley. The Valley spur would likely be located near the Red Line subway station, Paley said.

In 2015, the group hopes to have five or six events in Los Angeles. But the long-term goal, he said, is to produce CicLAvia on a monthly basis. That goal is also supported by Mayor Eric Garcetti, who frequently mentioned shutting down the streets once a month during his recent mayoral campaign.

"Mayor Garcetti wants CicLAvia to happen on a monthly basis," said his spokeswoman Vicki Curry. "His staff has already met with the CicLAvia organization, MTA, and city departments to discuss what it will take to make that happen."

Each Los Angeles CicLAvia event costs about $500,000 to produce, Paley said. The city picks up about half the costs,

The next CicLAvia will be held October 6. Streets from Chinatown to South LA and from Westlake to Boyle Heights will be open to bikers and pedestrians. ___

CicLAvia Gets $500,000 Donation From Wasserman Foundation, Could Be Monthly Event
Bike Amenities 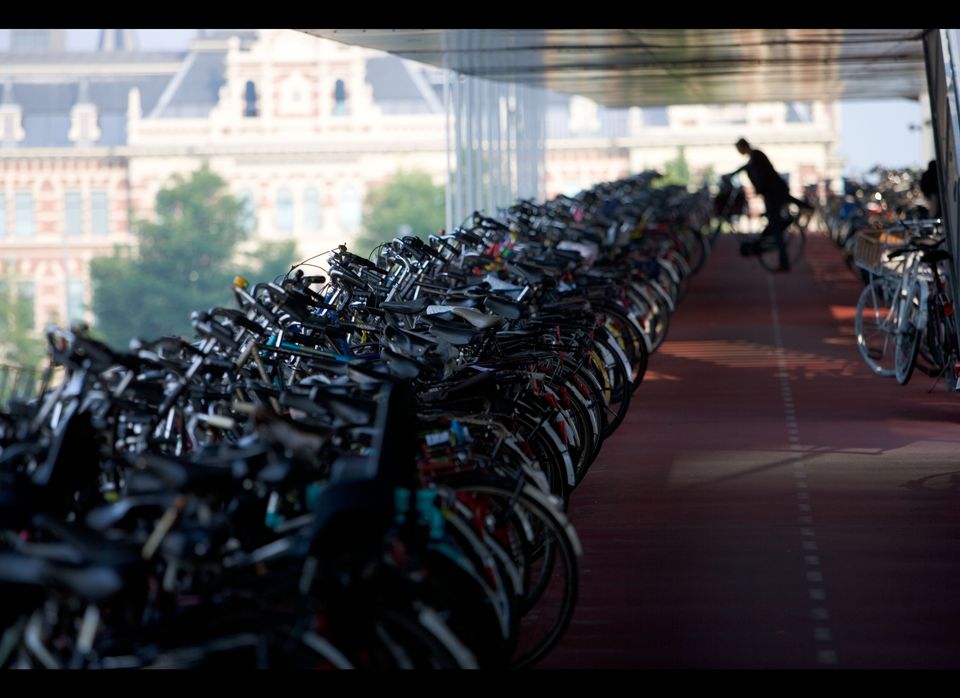 1 / 5
Good Storage
Having a safe, dry place to store a bike is a very important issue to commuters. In fact, <a href="http://www.nyc.gov/html/dcp/pdf/transportation/bike_survey.pdf" target="_hplink">according</a> to the New York Bike Survey, 51 percent of non-commuters said that not having a good storage space at work was <em>the</em> most important factor in their decision not to bike. <br><br> Bike storage can take many forms -- including an interior bikes-only room, bicycle lockers, space in a car garage, or even a designated space within the office. <br><br> Not only do many employers now offer bike storage, many city ordinances, in places like <a href="http://www.bicyclinginfo.org/engineering/parking.cfm" target="_hplink">Palo Alto</a> and <a href="http://www.bikeplan.com/sc-ord.htm" target="_hplink">Santa Cruz</a>, mandate that they do so.
Alamy