COLUMBIA, S.C. (Associated Press)-- Four of the five largest U.S. tobacco companies sued the federal government Tuesday over new graphic cigarette labels that include the sewn-up corpse of a smoker and a picture of diseased lungs, saying the warnings violate their free speech rights and will cost millions of dollars to print.

The companies, led by R.J. Reynolds Tobacco Co., Lorillard Tobacco Co., said the warnings no longer simply convey facts to allow people to make a decision whether to smoke. They instead force them to put government anti-smoking advocacy more prominently on their packs than their own brands, the companies say. They want a judge to stop the labels.

"Never before in the United States have producers of a lawful product been required to use their own packaging and advertising to convey an emotionally-charged government message urging adult consumers to shun their products," the companies wrote in the lawsuit filed in federal court in Washington, D.C.

The FDA refused to comment, saying the agency does not discuss pending litigation. But when she announced the new labels in June, Health and Human Services Secretary Kathleen Sebelius called them frank and honest warnings about the dangers of smoking.

The FDA approved nine new warnings to rotate on cigarette packs. They will be printed on the entire top half, front and back, of the packaging. The new warnings also must constitute 20 percent of any cigarette advertising. They also all include a number for stop-smoking hotline

One warning label is a picture of a corpse with its chest sewed up and the words: "Smoking can kill you." Another label has a picture of a healthy pair of lungs beside a yellow and black pair with a warning that smoking causes fatal lung disease.

The lawsuit said the images were manipulated to be especially emotional. The tobacco companies said the corpse photo is actually an actor with a fake scar, while the healthy lungs were sanitized to make the diseased organ look worse.

The companies also said the new labels will cost them millions of dollars for new equipment so they can frequently change from warning to warning and designers to make sure the labels meet federal requirements while maintaining some distinction among brands.

The free speech lawsuit is a different action than a suit by several of the same companies over the Family Smoking Prevention and Tobacco Control Act. The law, which took affect two years ago, cleared the way for the more graphic warning labels, but also allowed the FDA to limit nicotine. The law also banned tobacco companies from sponsoring athletic or social events and prevented them from giving away free samples or branded merchandise.

A federal judge upheld many parts of the law, but the companies are appealing. 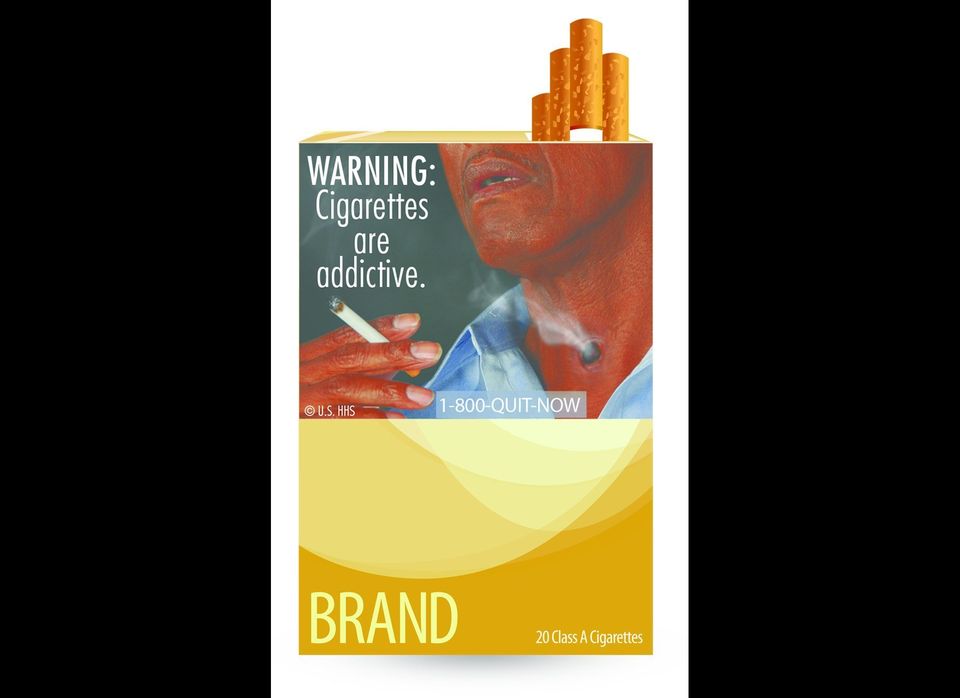