Idea Summary: Annually, 28,000 babies in the U.S. die before their first birthday. Through innovations in care coordination, data collection and analysis, Cincinnati discovered a replicable way to dramatically reduce prematurity and infant death. Click here to vote for this idea.

There is something magical about the moment when a mother watches her child take a few, wobbly first steps. Laughter is almost inevitable. Maybe she video tapes the moment with her phone. Maybe she shares it with friends and family on Facebook. Maybe Dad is proudly cheering his toddler on. Or an older sister is watching with slight dread as her younger sibling becomes fully mobile for the first time. It is a great milestone for a family.

But the reality is tragically different for many families. Our country has many communities where the infant mortality rate - the rate at which children die before their first birthday - is unacceptably high. Too many moms don't get to see their child take a first step.

To put the scope of the problem in perspective, in Cincinnati, we have had more infant deaths in recent years than victims of homicide. Our community, justifiably, invests millions of dollars, immense political capital, and large amounts of media attention in reducing our homicide rate. It's time to start doing the same for our infant mortality rate.

This problem is not unique to Cincinnati. All over the country, we see concentrations of extremely high infant mortality rates in impoverished communities. We know where the high-risk areas are, we know the most common causes of death, and now, finally, we know the solution.

For five years, we have tracked a group of moms throughout their pregnancies and used the data to implement life saving interventions for their babies. The moms in our network have 32% fewer infant deaths than the city as a whole. We want to bring this success citywide through a program called First Steps. From the first steps a pregnant mother takes into a healthcare facility, we want her to be on a path that will lead directly to her seeing the first steps her baby takes.

From the moment a woman finds out that she's pregnant, we will enroll her in a secure database that follows her through the pregnancy and measures the interventions she receives. Often, these interventions aren't complicated, but they are proven to save lives. For example, if a pregnant mother quits smoking, her baby has a 20% better chance of seeing its first birthday. Safe sleep is another great example. If a mom learns the best sleep habits for her baby, that baby is much less likely to die from Sudden Infant Death Syndrome (SIDS).

In addition to saving lives, the program also has shown large decreases in prematurity rates. This leads to healthier babies and saves millions of dollars to healthcare system. 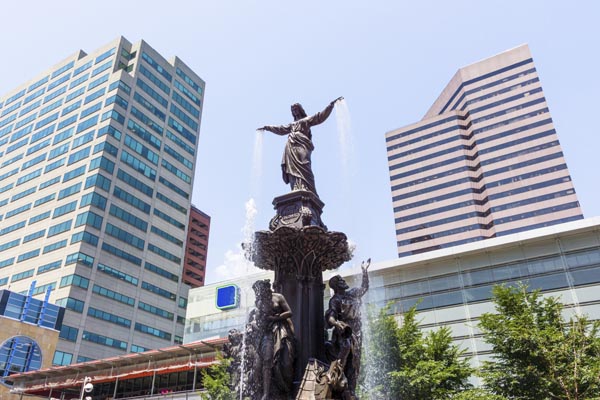