Mexico, battling bad drug-war publicity and the hangover from a weak U.S. economy, is trying to bolster its leisure travel trade by beginning to play up another battle, and what has become basically a drinking holiday in the U.S. -- Cinco de Mayo.

It's really an American tradition, co-opted by alcohol companies. Few places in Mexico celebrate the day, but it's based on the 1862 Battle of Puebla, when outnumbered Mexican forces defeated the invading French Army. Now, the city where the battle occurred -- roughly 80 miles southeast of Mexico City -- has launched a marketing campaign, aimed at tapping into America's enthusiasm for the Cinco de Mayo holiday by luring visitors to celebrate the 150th anniversary of the victory.

Some Mexican-Americans fighting to counter the popular concept that Cinco de Mayo is merely a drinking fiesta see Puebla's push as a chance to teach Americans about its significance, and restore at least some of its original meaning as a celebration of self-determination and liberty.

"It definitely could be a very positive thing for tourism, but also for bringing maybe some education and understanding of the history of this important battle," Jose Alamillo, associate professor of Chicano-Latino Studies at California State University Channel Islands, told The Huffington Post.

Alamillo has done extensive study on the cultural impact and commercialization of the holiday in the United States. He counts more than 200 Cinco de Mayo parties across the country.

"Cinco de Mayo has been sort of appropriated," he said. "It has been transformed by corporate America. It has become, really, a holiday that big business has used to enter the Latino consumer market. And so they're making millions off this holiday without really honoring the tradition and the history behind the actual holiday."

Originally, Cinco de Mayo was born of patriotic fervor of Mexican-Americans in the United States -- who saw the victory over the French as a blow against the Confederacy.

The French supported the Confederates during the Civil War. The Mexican-American residents of California, Oregon and Nevada backed the Union. So did Mexico's president, Benito Juarez.

To the Latinos in the United States, the French invasion of Mexico "was as if the Civil War had opened up a second front," David Hayes-Bautista, author of the newly released "El Cinco de Mayo: An American Tradition," told The Huffington Post.

Thus, the victory at Puebla became much more important north of the border -- especially since the French went on to conquer Mexico.

"In Mexico it simply meant that the Mexican army had beaten the French army," Hayes-Bautista said. "In California what it symbolized, really, was that for the first time, basically since the Confederate guns that fired on Fort Sumter, finally the army of freedom and democracy had won against the army of slavery and elitism."

Celebrations of the event sprang up in Hispanic communities in the United States.

"That's when they sort of grasped upon this David versus Goliath story that we celebrate," Hayes-Bautista said, "because it shows that even though you're outnumbered and you're smaller, if your heart is pure and your cause is right you can triumph over evil."

Many of those early celebrations faded away as the generations that lived through it died off. So did a broad understanding of the holiday's original intent.

"It's just like Labor Day," said Rodolfo Acuña, a Mexican-American activist and professor of Chicano/a Studies at California State University Northridge. "Labor Day in September has no meaning. You may have a couple of parades out there by some unions. But other than that, you really have no significance to it. It's like any holiday ... unless it's kept alive by people it's not going to have any meaning."

Members of the Chicano Movement resurrected interest in Cinco de Mayo in the 1960s and 1970s, as a celebration of cultural pride. In the 1980s, as cash-strapped local groups tried to put on events tied to the holiday, they needed sponsors. Enter the liquor companies.

"The alcohol industry saw it as a way of targeting Latinos, and now we see the results," Claudia Baltazar, an alcohol prevention specialist with Cinco de Mayo Con Orgullo, told The Huffington Post. "Drinko de Mayo, that's how I've seen it in some advertising, which is really sad."

"We try to create awareness about what the alcohol industry has done with this cultural celebration," Baltazar said. Their goal, she added, is "to try to rescue the celebration and inform the community about the true meaning of Cinco de Mayo."

In Mexico, Puebla holds annual celebrations of the battle. This year, for the sesquicentennial anniversary, it plans a parade with 8,000 military troops and 20,000 students and teachers, a star-studded musical and dance tribute culminating in a "massive" fireworks display and a free concert by Nuyorican pop star Marc Anthony at the city's 42,600-seat soccer stadium.

Other events run before and after the actual holiday, including the annual Festival Internacional de Puebla, featuring entertainers from two dozen countries; the International Mole Festival, with celebrity chefs and food experts preparing and sampling the region's internationally esteemed mole poblano; and the Feria de Puebla state fair, with bullfights, concerts and carnival rides.

The main event, however, is the Puebla parade. As an indication of its importance, the grand marshal this year is Mexican President Felipe Calderon. The organizers are emphasizing the ties between President Abraham Lincoln and Juarez, and the importance of the victory over the French for the Union. Among the 62 floats will be one sponsored by the Military Order of the Loyal League of the United States, made up of descendants of Union Army soldiers.

"They're going to parade in Union uniforms," Eric Rojo, a U.S. Army veteran and member of the group, told The Huffington Post. "They're the sons of Union veterans. They have their own rifles, swords, uniforms and flags. Because that's the whole point: this is an opportunity to show that the good relationship between Mexico and the United States is old and has very deep roots."

Rojo, who also is the Puebla Cinco de Mayo Planning Committee's Washington, D.C.-representative, said that military history is a key component of the current tourism push. But, he added, Puebla hopes the celebration's effects linger long after and promote the the city's natural, cultural and archeological attractions, as well.

"The celebration is the opportunity to capitalize, to promote Puebla," Rojo said, "but we want to emphasize that you can celebrate Cinco de Mayo in Puebla any day of the year."

The Mexican-Americans hoping to rekindle the holiday's true significance hope so, too.

"The battle didn't take place in California," Hayes-Bautista said. "However, the impact that it had is tremendous and actually in many ways reverberates to this day. We've just forgotten why it began."

Check out our slideshow of Cinco de Mayo Celebrations: 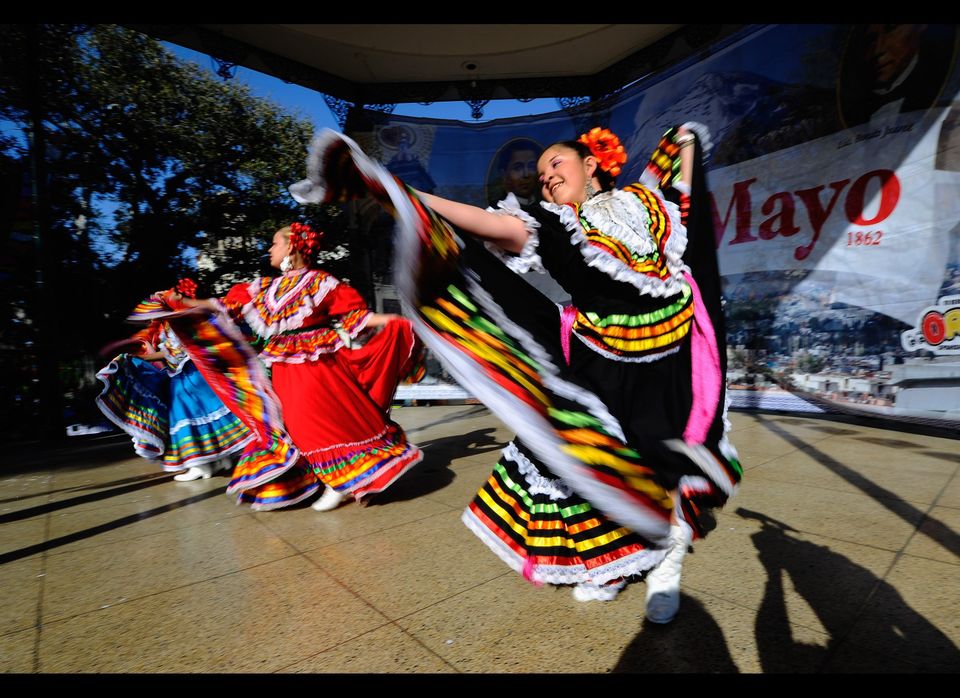