When supermodel and entrepreneur Cindy Crawford stepped foot into the first calculus class of her college career, she -- like her fellow students -- expected to learn about mathematical concepts. Instead, she got a memorable life lesson in snap judgments.

Having graduated as valedictorian of her high school, Crawford had earned an academic scholarship to Northwestern University to study chemical engineering. She was well prepared to manage the demanding coursework of her major and was eager to embark on another phase of her education, tuition-free.

"[It was] super exciting," Crawford says of her receiving her scholarship. "There was no way my parents could have afforded to send me to school there."

The first day of calculus, she walked into class and was quickly singled out by the professor.

"For some reason, I caught the professor's eye," Crawford says. "He was like, 'Honey, I think you have the wrong class.'"

Crawford was stunned. "That made me so mad," she remembers. "It was really the first time in my life that I felt judged by the way that I looked."

The incident was a big departure from what Crawford had experienced in her childhood. "I did not grow up feeling that I had to prove that I was as good as boys. I assumed that I was," she says.

That calculus profession's snap judgment left an impact on Crawford that extended beyond the classroom. "It set me on a course of… I've got to prove to the world that I'm not [what he thought]," she explains. "I have relaxed that over the years because you just realize, hey, people are going to make those judgments about me or they're not. But, it was really important to me, especially then, to… represent myself as someone who has a brain."

On Wednesday, April 2, Cindy Crawford joins a special live stream of "Oprah's Lifeclass." Log on to Oprah.com at 3 p.m. ET to see the event live.

In the video below, Crawford joins HuffPost Live to talk more about her "Lifeclass" event and discusses how she starts every day fresh. 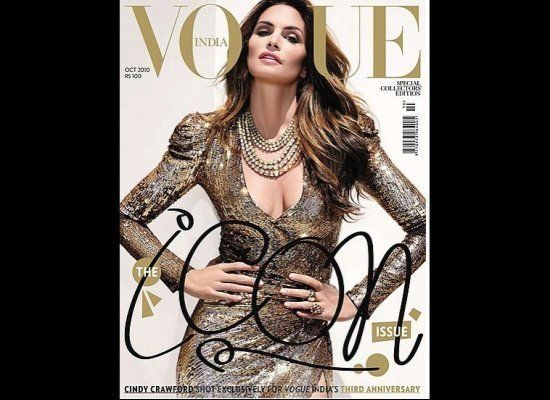