We've been sensing a supermodel resurgence lately, with Christie Brinkley getting back into the game with her daughter, Sailor, and Christy Turlington re-upping with Calvin Klein for a new underwear campaign at 44.

Now Cindy Crawford is here to remind us that her on-camera skills are better than ever, covering the latest issue of Marie Claire Mexico as the "reina de las pasarelas" (queen of the catwalk). The shoot, photographed by John Russo, is a tribute to Mexico; Cindy plays the role of María Félix, channeling the iconic Mexican actress with her hat, her serpent baubles and a cigar in hand.

As a fashion spread concept, it's actually been done before. In 2010, Daria Werbowy paid tribute to Félix for V Magazine, sporting slightly skimpier attire but staying true with the brown cigarette.

But we happen to like Cindy's version with the arm baubles and crisp white shirt. With that deadly sexy facial expression, the 47-year-old model proves she's not one to be outdone. 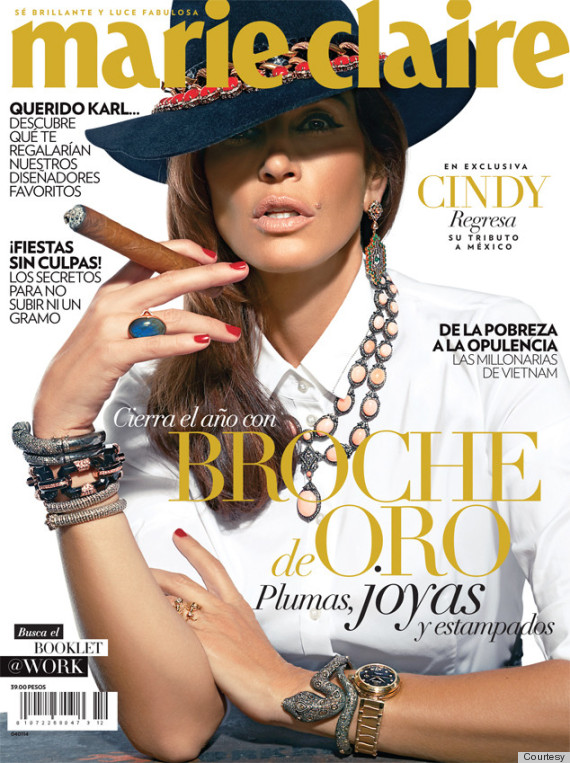