Cindy Gallop began our interview by telling me she liked to "blow sh*t up."

The 54-year-old former chairman of the advertising agency Bartle Bogle Hegarty (BBH) left the corporate world in 2005 and currently juggles a number of titles including consultant, public speaker, and founder and CEO of MakeLoveNotPorn.tv and If We Ran The World.

Gallop's second startup, If We Ran The World, is a web platform designed to turn human and corporate "good intentions" into actions by allowing users to brainstorm and carry out various steps or "microactions" related to their common goal.

I met with Gallop recently at The Huffington Post's Manhattan office. She was sporting both a Facebook "like" pendant and a silver necklace that read "@CindyGallop."

Nothing in my life has ever been planned, and I never set out to do anything that I’m currently doing . I’m naturally a very action-oriented person. When I come across something I feel strongly about, I do something about it. That’s what drove both my startups. Everything I do is fundamentally geared towards the same two goals: to help redefine the future of business, and to help redefine the future of sex.

What do you think you would be doing if you weren’t doing this?

I haven’t the faintest idea.

I left advertising when I turned 45. I’d always thought one's 45th birthday was a moment to pause, take stock, review, ask "Where have I been?" and "Where am I going?" so I did that. And I thought, “Maybe it’s time to do something different.” I took a massive leap into the unknown. I resigned as chairman of BBH without a job to go to, and it was the best bloody thing I ever did because I couldn’t be happier doing what I’m doing now. I’m reinventing myself in every possible way.

Do you have a role model?

My mother. She is an amazing woman and it's a huge shame that she was born and grew up in an era where women -- particularly Chinese women -- did not go to university or into business. If she’d had those opportunities, she would be a tycoon running a global empire. I talk to her about what I'm doing, and she always has really excellent advice. 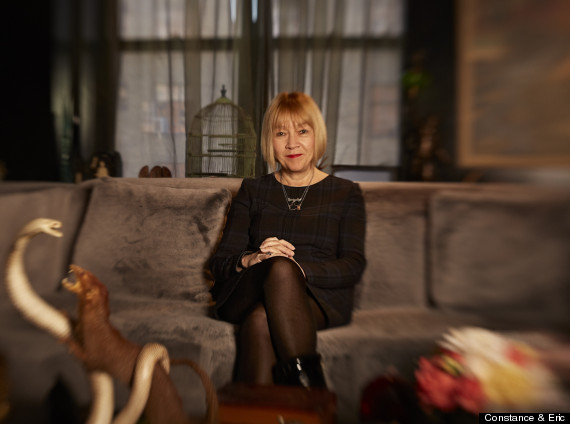 Do you have a mentor? Have you mentored other women?

I’ve had many mentors throughout my career -- and I’ve mentored many people. These days I get a a lot of people writing to me asking me to be their mentor, which I can’t do [due to time and energy constraints]. But I encourage everybody who contacts me to follow me on Twitter and subscribe to my Facebook feed, because I regard what I put out there as a form of virtual mentorship. I post and tweet things to do with business, tech, feminism, advertising, sex. People tell me they find it useful.

Do you think that women have a responsibility to help other women at work?

Everybody has a responsibility to help everybody at work -- it shouldn't be gender-based. The fact of the matter is that men naturally, unconsciously help other men at work more than they help women, for a whole range of reasons. So in order to get to a gender-equal future, I do subscribe to Madeleine Albright’s great quote, “There is a special place in hell for women who don't help other women.”

What were you doing when you were 25?

It was 1985 and I was working as the publicity and marketing manager at the Everyman Theater in Liverpool and part of my job was giving talks about it. Once I gave a talk to a group of women and afterwards one of them came up to me and said, “young lady, you could sell a fridge to an Eskimo.” So I thought, “Okay, that is the universe telling me it’s time to sell out and go into advertising.”

What advice would you give your 25-year-old self?

I would say to my 25-year-old self, and what I say to every 25-year-old woman, is have confidence in yourself. The trouble is that from the moment we’re born as women, the world conspires to make us feel insecure about absolutely everything in a way that doesn’t happen for men. We are made to feel insecure about the way we look, the way we dress, the way we talk. Nice girls do this, nice girls don’t do that. I’ve realized from the great height of age 54, that the single worst dynamic in life and in business is the fear of what other people think. The best moment in my life -- it wasn’t a moment, more of a gradual realization -- was the day I realized I didn’t give a damn what anybody thought about me. Have the confidence to believe in your own opinions and your own thoughts. Be yourself, and coming out of that, have the confidence to decide what you would like to do in business. And if it doesn’t exist, start it. 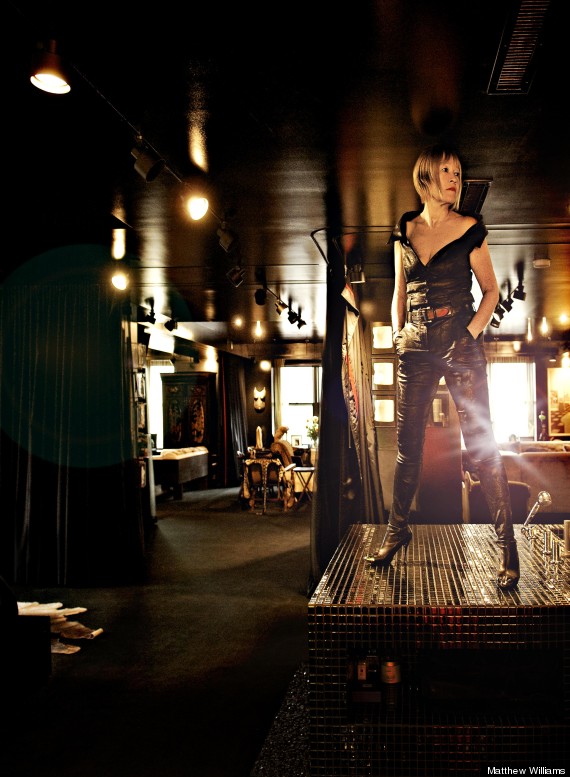 How do you feel about the conversations around “having it all” and “leaning in?” Especially from the perspective of a woman who does not have or want a family?

I have enormous empathy and sympathy for working mothers, because, bloody hell, I don’t know how they do it. But I’m very public about the fact that I have never wanted to marry or have children. I’m not a relationship person, or a naturally monogamous person, and I’m very public about those things because both women and men don’t have enough role models that demonstrate it’s possible to live a life that is not the one society tells you you should -- and be extremely happy doing it. So, while I think the conversation about being able to work as a mother is enormously important, I also want people to know that there are plenty of women who have no desire to be mothers, and who are very happy to focus on their careers.

What were your family and friends' initial reactions when you decided to start MakeLoveNotPorn?

I did not tell my family what I was doing for some time, and I particularly didn’t tell my parents, but eventually I had to because there was media coverage. My sisters have teenage children so they totally get it. My parents don’t want to examine what I’m doing too closely, but they know it’s a good thing. Generally speaking, it doesn’t matter who you are, it doesn’t matter how controversial or sensitive you find the whole area of porn or sex, when you understand what I and my team are doing with MakeLoveNotPorn, nobody can disagree with it. We’ve had an almost universally positive response. 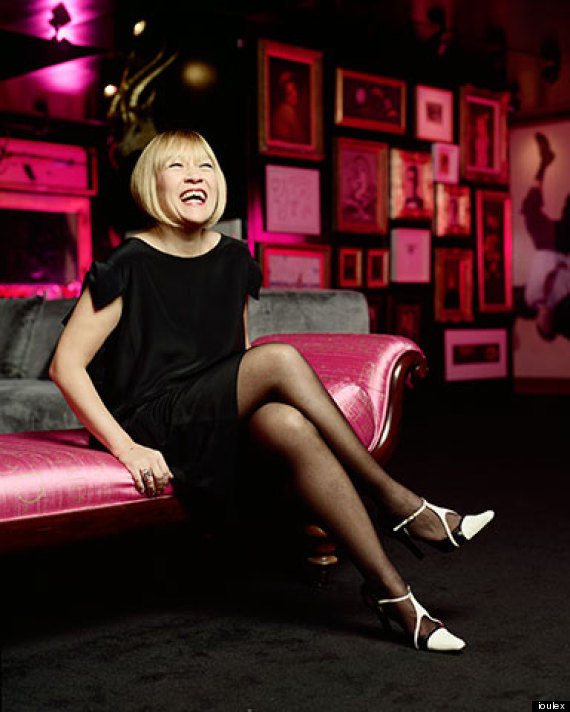 How would you define success?

Success is simply being very happy with who you are and the life you’re living and the work you’re doing. That’s all.

By that definition, are you successful?

Absolutely. At the same time I’m very ambitious, so I also want my two startups to be successful in terms of growing and being profitable. This applies to what I was saying earlier about business being male-centric -- our perception of business success as being "he who dies with the most toys wins." I think that the female perspective on what constitutes success is different -- one that a lot more men would be much happier subscribing to. I hesitate to define this definitively as it doesn't yet exist in the widespread way the male model does, but I would suggest that it's along the lines of, "she who dies having lived the life she wanted to live and made the most meaningful difference wins." 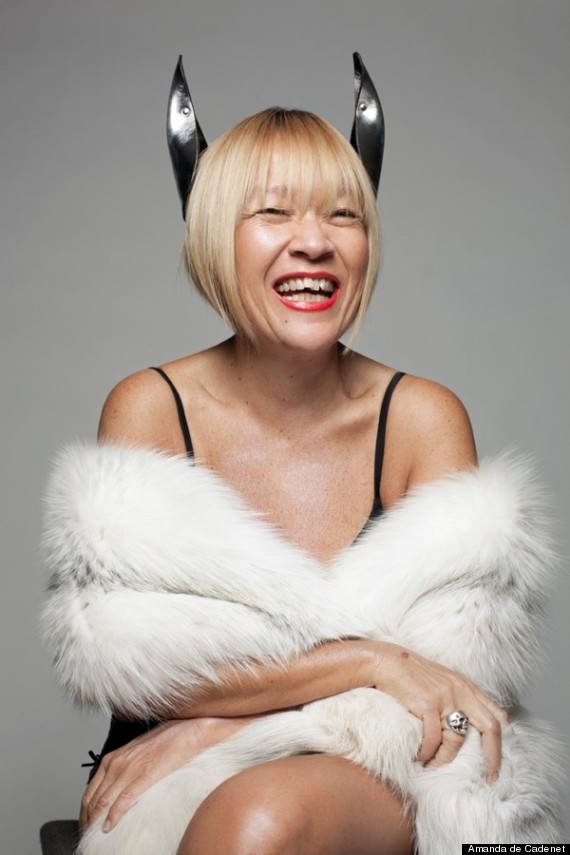 I don’t, in the conventional way. One of the things that I love about working for myself is that I’m in charge of my own schedule, and I’m in charge of my own stress. Being an entrepreneur is incredibly stressful -- I have a hashtag that I created, #StartupStress, because I decided several years ago to be very open about how stressful starting a business and being an entrepreneur is.

If you are following me on Facebook and Twitter, superficially my life looks incredibly glamorous, but trust me, it’s not. So I made a deliberate decision to be very open about the things that are difficult, and in fact I’ve had many people write to me to say how much they appreciate that.

Contemplating workload. Undecided between hyperventilating and throwing up. #startupstress

On a startup, you tell yourself, 'Things can't possibly get any more difficult' - and then they do. #startupstress

In your experience, do you think women manage differently than men do?

Oh yes, absolutely. That’s not a universal generalization, but men and women have different strengths -- nature, nurture, whatever. Women are more likely to be empathetic to the emotional aspect of what’s going on and more attuned to details that men may not notice. Men take things less personally and are able to be more objective and detached. This is why I say the ideal workplace model is 50:50. It’s not that either side is better than the other, but the two sides working together are great.

Diversity drives innovation. Not just diversity of gender, but of race, ethnicity, sexuality. The best results come from lots of different point of views and perspectives rubbing up against each other. Constructive conflict results in all of you getting to a better place together. That's what you miss when you have a closed group of white guys talking to other white guys about white guys.


This interview has been edited and condensed.