It really hurts to think about what passes for inclusion in white contemporary art #cindygate pic.twitter.com/Qc9zlBcaXZ

In 1976, when she was 22 years old, conceptual photographer Cindy Sherman created a series of “Bus Rider” self-portraits. Each photo features Sherman disguised in a variety of costumes, wigs, accessories and prosthetic parts. In her typical fashion, the artist used self-portraiture to imitate the stereotypical identities women often feel compelled to perform.

Some of the images, however, feature Sherman in blackface. Yes, the theatrical makeup used by nonblack performers in the 19th century. The one that proliferated ignorant stereotypes about blackness until the practice was largely done away with during the 1960s civil rights movement.

Today, we only occasionally encounter blackface, specifically when an ignorant celebrity or college student attempts a funny Halloween costume, and subsequently apologizes profusely about their ill-informed crack at a joke. But then, #Cindygate happens.

At the broad's Cindy Sherman exhibition next to her bus riders series -- a response to #cindygate? cc @E_SCRAAATCH pic.twitter.com/VhoCXGgKxg

Sherman is one of the most successful and respected living artists of our time. She is currently the subject of The Broad museum’s first impermanent exhibition in Los Angeles, “The Imitation of Life,” whose title lifts its name from Douglas Sirk’s 1959 film. (The movie tells the story of a light-skinned black woman who rejects her identity and tries to pass as white.) Sherman’s “Bus Rider” series appears in the show.

As critic Margo Jefferson wrote of the works: “The blacks are all exactly the same color, the color of traditional blackface makeup. They all have nearly the same features, too, while Ms. Sherman is able to give the white characters she impersonates a real range of skin tones and facial features. This didn’t look like irony to me. It looked like a stale visual myth that was still in good working order.”

Since encountering the blackface works, Philadelphia-based artist E. Jane has used the hashtag #Cindygate to spread awareness of the racist moment in Sherman’s oeuvre. “Cindygate is an attempt to refuse white contemporary art’s narrative of Cindy Sherman, which until last fall did not include the ‘Bus Rider’ series,” she wrote in an email to The Huffington Post.

“Last fall we updated Cindy Sherman’s Wikipedia and added Margo Jefferson’s critique [of ‘Bus Rider’], which has since been updated again and the critique moved to a section called ‘Controversy,’” Jane added. “We refuse to be silenced and #cindygate as a hashtag holds the conversation together. It is a place to keep the perspective that says showing blackface as art isn’t OK.”

Sherman’s “Bus Rider” portraits have been exhibited before, for example, in Sherman’s 2006 retrospective at Paris’ Jeu de Paume. Other institutions, like MoMA, have chosen to omit the works from their extensive Sherman shows. At The Broad, a disclaimer from the artist is displayed alongside the images, citing what Sherman deems youthful ignorance as the reasoning behind their existence.

To E. Jane, this explanation, rather than serving as an admission of offense or an apology, offers only a mitigating defense. “The fact that Cindy Sherman could claim youth as an excuse to perform in blackface, claiming, ‘I was 22, naive and unaware of potential offense in these characters,’ allows for racism that hides its hand,” she said. “Art institutions often allow this, like in the case of Joe Scanlan’s ‘Donnell Woolford’ performances, Eleanor Antin’s ‘Eleanora Antinova’ performances and Martha Wilson’s ‘Martha Meets Michelle Halfway (2014).’”

The very existence of Sherman’s blackface photos poses two damning alternatives: Show the work, and thus hang outdated, racist myths in storied museums. Or omit it, and bury uncomplimentary, racist histories that should not be forgotten. E. Jane expressed that, in her ideal world, the work would neither be exhibited nor covered up.

“I think Cindy Sherman, in showing those ill-conceived images, represents her own oppressive thoughts, which maybe Black publics don’t need to see,” she explained. “I think what would be the least harmful would be to not show the work and instead show a quote from her explaining that she once made racist art and acknowledges that it was wrong, since it must be accounted for in a retrospective. I don’t think the project’s existence should be hidden, but I also don’t think the work itself should be shown.”

At @TheBroad Cindy Sherman appears in blackface for the public via the bus riders series, traumatizing some, affirming others. #cindygate

It’s been a bizarre and severely disappointing couple of weeks in the art world, demonstrating that powerful, white artists continue to exoticize and traumatize marginalized people without recourse.

Famed Serbian performance artist Marina Abramović, for example, compared Australian Aborigines to dinosaurs in her upcoming memoir, writing: “Their faces are like no other faces on earth; they have big torsos (just one bad result of their encounter with Western civilization is a high-sugar diet that bloats their bodies) and sticklike legs.” After the passage went viral on social media, sparking the hashtag #TheRacistIsPresent, Abramović posted a statement apologizing for the sentiments, written in 1979, and removed them from her book.

This controversy arrived on the heels of successful Italian artist Vanessa Beecroft’s disastrous New York Magazine interview, in which, among other wildly absurd and ignorant statements, she referred to part of her “divided” personality as that of an “African-American male.” Beecroft’s career has been riddled with racism and appropriation, including modeling a fashion show after a Rwandan refugee camp and attempting to adopt Sudanese children as part of an art project.

Sadly, #Cindygate is not an isolated incident. Those with power and privilege ― who most often are white ― continue to dictate what is seen, what is said, what is remembered in the history of art. Whether through fetishization of “the other” or misguided attempts to be inclusive, white artists continue to offend and isolate viewers of color, silently affirming that the art world is not for them. As Spencer Kornhaber writes in The Atlantic, not so much has changed since Paul Gauguin ventured to the “primitive and savage state” of Tahiti in the early 20th century, creating exaggerated depictions of its native women that would be immortalized as iconic, post-Impressionist artworks.

“Care,” E.Jane said. “I think care is so important. Caring for one another means considering the feelings of others, especially those who you historically have been able to oppress and terrorize, and asking yourself when you make art, ‘Am I caring for all my publics when I make/say/do this?’ I think the violence of art world ignorance is that it creates this messy bind where people think they are being inclusive, do something wrong and then think they should never try to be inclusive again for fear of messing up instead of thinking about what went wrong and planning to do better in the future.”

Correction: MoMA curator Eva Respini has reached out to The Huffington Post, specifying she did not defend the “Bus Riders” series on Wikipedia. We have removed the incorrect information. 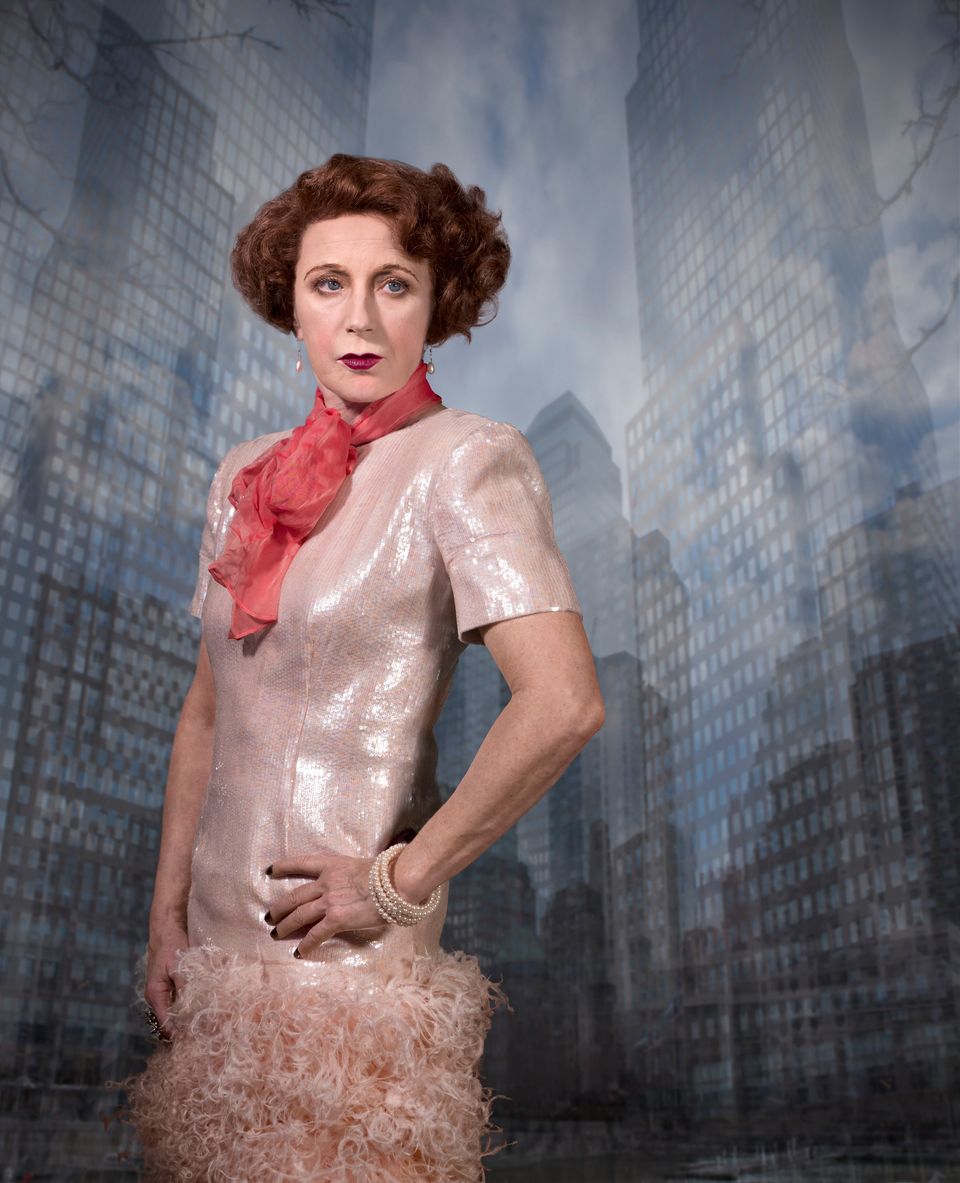