Ever the iconoclast, photographer Cindy Sherman has been upending perceptions about beauty, media, and societal stereotypes for 40 years. Decades before the word selfie entered the vernacular, Sherman was creating literally thousands of self-portraits, but with her own unique intention. Though she's her favorite subject, it's not out of self glorification. She is, quite simply, her own best model: she knows exactly what she's trying to convey, she likes to work alone, and she has no fears of defying aesthetic conventions. 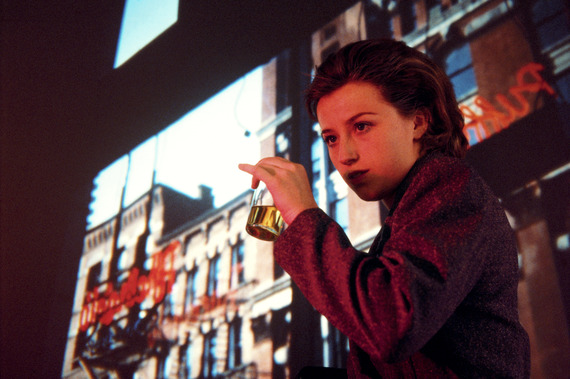 It's been 19 years since this maverick was the focus of a Los Angeles museum show, so the opening of Cindy Sherman's new exhibit, Imitation of Life, is no small deal. Just unveiled to the public on June 11 at Downtown's Broad Museum, Imitation of Life is a retrospective of Sherman's four-decade career.

As befits a show located in the center of the US film industry, Imitation of Life includes a strong emphasis on the cinematic influences in Sherman's work while also acknowledging her longtime fascination with crafting new characters using myriad disguises, from makeup, wigs, and clothing to prosthetic body parts. As The Broad's founding director, Joanne Heyler, opined during a press preview, "Cindy has spent almost her entire career creating silent films." 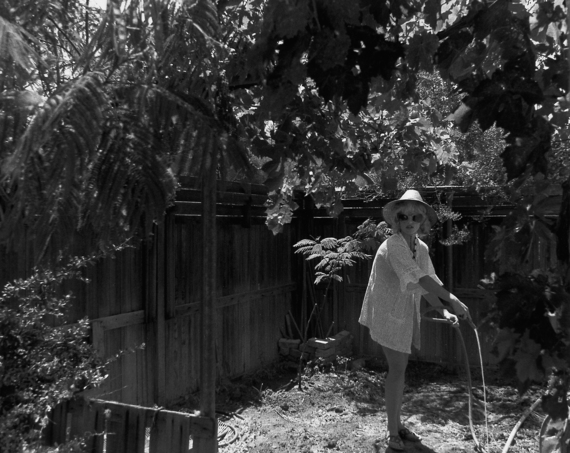 The exhibition's name is also a tip of the hat to Douglas Sirk's 1959 melodrama Imitation of Life, starring Lana Turner, in which a woman conceals -- for a time -- her race and background.

In addition to artwork loaned by the Whitney Museum in NYC, Houston's Museum of Fine Arts and others, the show also includes pieces from The Broad's extensive permanent collection. Museum founders Eli and Edythe Broad first saw Sherman's work in New York City in 1982, and so struck were they by the force and social relevancy of her work, "We bought 20 of her works on the spot," Mr. Broad shared last week. 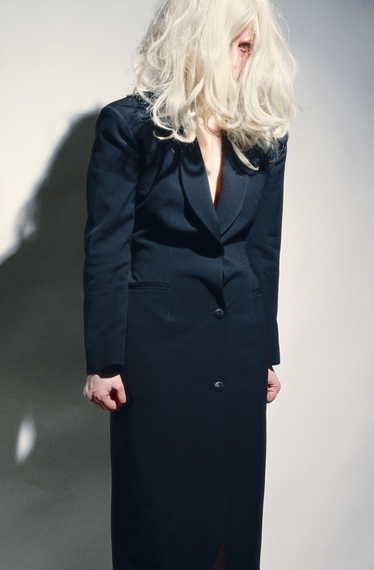 This is the first special exhibit at The Broad, which opened last September and immediately became one of the city's great resources for modern art, with its impactful collection of nearly 2000 works by over 200 of the 20th century's most noteworthy artists.

In addition to Sherman's famous Untitled Film Stills, the show includes parodies of high-fashion photos, a series influenced by Old Master painters, pictures of sex that aren't sexy, clowns painted in the style of serious portraiture, society figures that bring to mind Tom Wolfe's Bonfire of the Vanities and his references to "social x-rays," and Sherman's most recent work, a series of aging 1920s-style starlets, bringing to mind Golden Age luminaries like Gloria Swanson and Greta Garbo, that simultaneously convey vulnerability and inner strength. 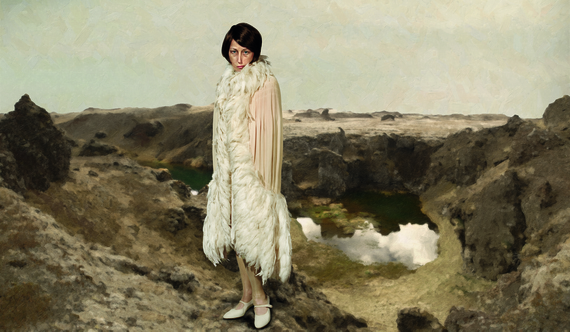 See Cindy Sherman: Imitation of Life at The Broad through October 2.