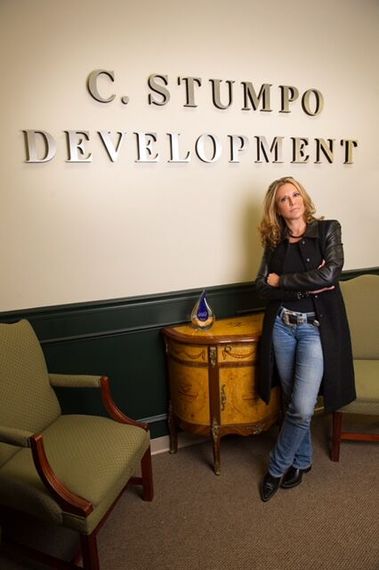 Eleanor Roosevelt once said, "You gain strength, courage and confidence by every experience in which you really stop to look fear in the face. You are able to say to yourself, 'I lived through this horror. I can take the next thing that comes along.' You must do the thing you think you cannot do."

I recently sat down with a woman who is the embodiment of this quote. She is a self-made real estate developer dynamo who has hurdled over massive challenges, stomped on stereotypes, and busted through glass ceilings to rise to the top of her industry. She is Cindy Stumpo, one of the most successful luxury home developers in Boston. Stroll through the most prestigious neighborhoods in Newton, Belmont, and Brookline, on the outskirts of Boston, and it won't take long to find a signature Stumpo luxury home. She has built hundreds of homes, and you know you've found one when you find an artistically jaw-dropping property with wide open spaces, the absolute best in amenities and design architecture, and immaculate landscaping. Think Four Seasons, Bentley, Prada, and C. Stumpo Homes. The affluent seek out Cindy for the same reason they seek out all the other elite brands; because it's either the best, or not at all.

I recently sat down with Cindy to learn from this female powerhouse about what it's like to live, lead, and build empires in a man's world. Here are Cindy Stumpo's four lessons on creating an empire that is built to last.

Great People are Irreplaceable: Cindy says that the backbone of her real estate development empire is amazing people. Many of her sub-contractors have been with her for decades. Her office manager has been at her side for ten years. Even her vendors have become lifelong friends. Cindy notes that we live in a world where people chase a dollar, but what they miss is that the real value of any business, the real value in life, is people. For example, Cindy says that in the construction business there are many builders who will jump vendors because of pricing. Cindy says that this is absurd. Who cares if you can save a few bucks by going down the street if you no longer get to work with the salesman who knows you, understands your business, and will go above and beyond to make sure you are satisfied? Cindy says that loyalty is the number one attribute she looks for in every relationship. Loyal people are irreplaceable.Everything else can be taught. While droves of builders have come and gone from the Boston marketplace, Cindy has remained a fixture for 25 years. How? According to Cindy she has built a legion of loyal sub-contractors, vendors, and employees who she considers family. They will do anything to ensure that the C. Stumpo luxury home brand remains number one in its class. How does Cindy repay her team for that kind of loyalty? Easy, she pays them back with the same loyalty they give to her. She will do anything for her people, including subcontractors, employees, vendors, and clients. The last thing she will ever do is trade people in for better pricing. Says Cindy, luxury brands are built by amazing people and those kinds of people are always, always, always irreplaceable. 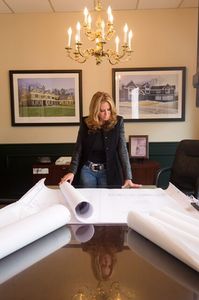 You Can't Have a Mercedes with a Toyota Engine: Stumpo is fanatical about her work. When it is 95 degrees on a hot summer day, you will find Cindy Stumpo on the job site. When there is eight feet of snow on the ground and icicles on your eyelashes, you will find Cindy Stumpo on the job site. As an entrepreneur, Cindy says that it is absolutely, unequivocally, necessary to become a great delegator. She also says it's the one area she struggles with most in business as she is a self-proclaimed control freak. Over the years she has slowly learned that some things can be delegated, but there are many things that can never be. Cindy says that whatever the engine of your business is, it must be overseen by you, because the engine of your business is what you will be known for. Like Cindy says, if you put a Toyota engine in a Mercedes, you really only have a Toyota. There are two areas of the business in which Cindy never delegates. First is the architectural, design, and mechanical details of each home. She personally inspects everything for quality because it's her name and her reputation on every little piece of that house. If she finds something that's not perfect, she will have her subcontractors rip it out and do it over. Quality matters. The other area of the business that doesn't get delegated is customer service. Stumpo says that when a customer calls her, whether it's midnight on a Friday night or 6 a.m. on a Saturday morning, the phone will be answered by one person and one person only, Cindy Stumpo. Cindy says that she's obsessive about quality for many reasons, one of which is that she's going to be the one to answer for the team's work. Cindy says that her hands-on approach to working with the customer is a differentiator. Her customers have her cell phone and she's a phone call away for any questions and concerns. In Cindy's business, there are two components which are the engine of the business, product quality and customer service, and they are so important to her brand that they are impossible to delegate. 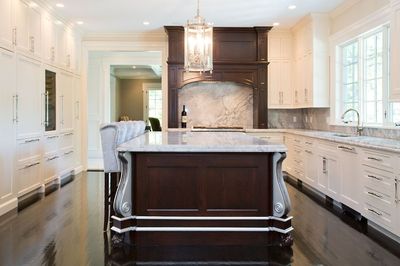 Outward Appearances & Panic Attacks: From an outsider's point of view, Cindy Stumpo has it all. She's beautiful, business savvy, and driven. She is achieving all of her big dreams in life while doing what she loves. She's got it all, right? Not quite. "What's the one thing you want other entrepreneurial women to know," I asked Cindy. She said that she would want other women to know that when you look at successful women, there's almost always a back story. What you see on the outside is just the cover. For Cindy, her back story goes a little like this: Her brother died more than 25 years ago at the young age of 28. He was her only sibling and the loss was devastating to Cindy and her parents. Since then, Cindy has suffered from crippling panic attacks. She's had them at the mall, to the point she never shops at a mall alone. She's had them while driving, to the point that she's had to pull over to the side of the road, paralyzed, depending on strangers to help get her home. She's even had them on build sites in front of her customers and subcontractors. The attacks are paralyzing and there is usually no notice that they are coming. Cindy says that she has every reason in the world to lock herself up in her house without coming out, because the attacks are real, devastating, and unpredictable. Yet, she chooses to always get back on the horse. Cindy says that everyone you meet has a demon they are fighting, and for her it is her panic attacks. She says that when you look at women who seem to have it all, realize that there's a back story. Cindy says that success is hard, dirty, heart-wrenching, and sometimes immobilizing, and that winning is simply a matter of figuring out what you personally need to do to get back on the horse when life keeps knocking you off. 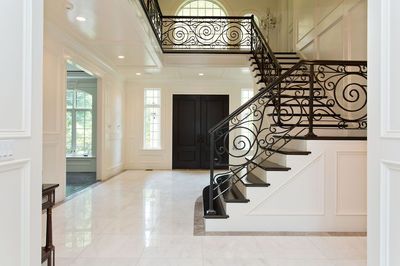 Haters Gonna Hate, Hate, Hate: From day one, Cindy Stumpo has amassed a group of doubters and haters. Twenty-seven years ago, when she first launched her development company, many of the other builders in the area wanted to see her fail. It was Cindy's dad who taught her that she should view anyone who has an opinion about her, good or bad, as someone who is paying a compliment. Her dad told her that when you evoke positive or negative emotion in another human being, then that person is saying that you matter enough for him or her to care. According to Cindy's dad, "When they stop talking about you, that's when you know you don't matter anymore." Having built luxury homes on the outskirts of Boston now for more than 25 years, Cindy has turned many of her original haters into fans because she's proven herself in the industry. Furthermore, she has a reputation for helping her competitors sell their homes too. Cindy lives by the mantra, "Never say about someone else what you wouldn't like said about you." She will never knock the competition or their product. Cindy explained that as she sees it, she's not an expert in the competition's product or business methodology, so she can't speak to that. What she can speak to is her own brand, her own quality, and her own way of doing business. Cindy explained one story where she had a potential client who was deciding upon two homes, one was Cindy's and one was another builder in a different part of town. The clients wanted Cindy's house, but they really wanted the other lot. Cindy encouraged them to take the other house so that they would be in the area of town they wanted. When the clients went and met with the other builder, he started bad-mouthing Cindy's product. The clients saw through the façade and decided working with Cindy was worth sacrificing the lot they wanted, and so those clients now live in a beautiful, custom built, C. Stumpo home. 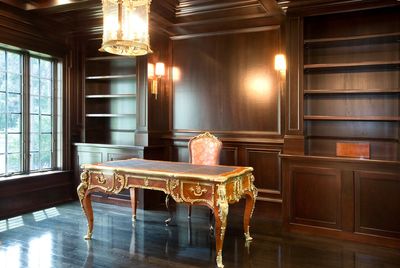 As a female entrepreneur myself, it was invigorating to meet someone like Cindy. Her story and the lessons she shared would make for an amazing article, even if she were a guy. But, the point of the story is that she isn't. She's smart, stylish, aggressive, and fierce. My dad always told me growing up that anything boys can do, girls can do better, and I've spent the past 20 years of my entrepreneurial career trying to determine if that's true. Having spent one morning with Cindy Stumpo, I'm quite sure I've found my answer.