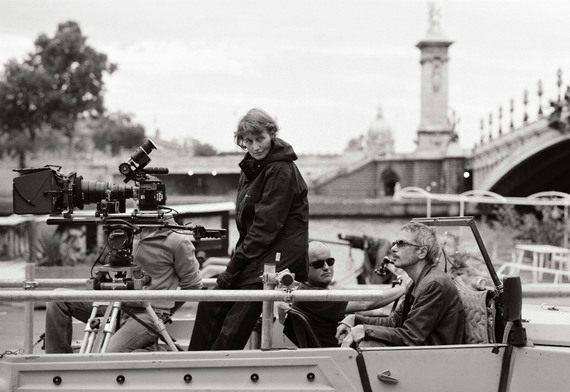 The art of cinematography can ignite energy, create tenderness and evoke powerful emotion through the precision of light and shadow. Having a great Director of Photography on a film is as important as a great director, writer and cast. Acclaimed cinematographer Caroline Champetier is an award-winning master of her craft.

Despite the disappointing reports of women claiming only 6% of cinematography roles in the top 250 films released in 2015, Champetier continues to rise above and succeed, having contributed to more than 100 films. She has received a Cesar Award for Best Cinematography for her work on the acclaimed film Of Gods and Men and has worked alongside the finest French directors such as Jean-Luc Godard, Claude Lanzmann, Benoit Jacquot, Jacques Doillon, Arnaud Desplechin and many more.

Champetier is one of this year's invitees to the Academy Award diverse class and her most recent work includes the critically acclaimed and award-winning film The Innocents by Anne Fontaine. The film features a lauded production team led by women in writing, directing and cinematography.

This is also Champetier's third collaboration with the veteran French director. "The commitment of the director of photography to a film is akin to that of an actor," says Fontaine. "Caroline is fantastic when it comes to radical topics."

The Innocents takes place in 1945, and is about about a Red Cross doctor who tries to help a group of pregnant Benedictine nuns in a convent in Warsaw, Poland. "We wanted to give the impression of being in a painting," Fontaine said. "We were thinking, naturally, of the Quattrocentro period Madonna with Child paintings - while breathing life and movement into the scenes. The air had to be palpable." 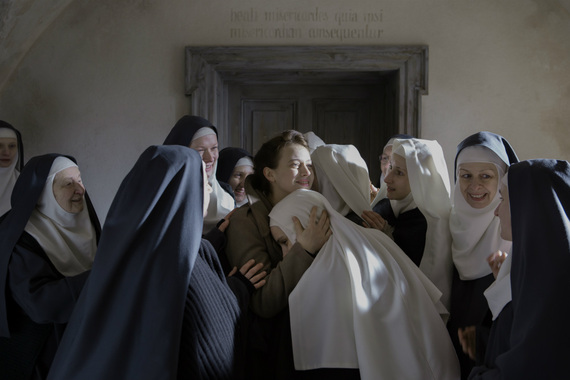 The Innocents had one of the year's biggest art house box office opening films this year and NYWIFT caught up with Champetier as the film prepared to debut nationwide on September 27th.

Looking back at your roster of work featuring 100+ films, how do you feel about your established career?

From a certain point, coming out of adolescence, I grew up with cinema, matured with cinema, and I'm starting to get old with cinema. Cinema never disappointed me. I try in turn to be worthy of that gift.


Who were your mentors or influences in your early years?

Filmmakers like Jean-Luc Godard and Chantal Ackerman with whom I worked very early on, and the director of photography who trained me, William Lubtchansky. My father was an architect, and taught me to look. I often say he shaped the light. I shape the light.

As they say, I was in the right place at the right time. France in the 70s when the feminist movements were so active, joyful - it meant a lot of young women could change the game. Starting out at IDHEC (the Institute for Advanced Cinematic Studies) I said to myself that the motor of cinema is the camera, and I needed to understand everything about this tool. The cinema uses other tools: money, actors, script... I chose the camera and light. The advice that I would give to a young woman who wants to go into film would be to have the gesture of excellence, the reflex of excellence, and to train hard. At the same time, you have to still be an "amateur" even as a professional, you have to love cinema.

How do you find the French film culture with respect to the opportunities for women in the industry in France?

France is a country where people love film, and our cinematographic culture has been essential to us - but we don't have a perspective on our own cinematographic history. The New Wave revolutionized cinema, creation and fabrication, but other changes can also drive our evolution: the digital revolution for example changes the relationship to the image. French filmmakers cling to the idea of the "auteur," which is both a good and bad thing - they're not as committed to direction in the sense, the visual universe of the film, art direction, cinematography, as in Anglo-Saxon or Asian countries.

How do you approach a collaboration with a conflict of vision with a director?

I have little conflict with directors, as my job is to take on their vision for that film, to strive to understand, and I have been lucky to work with good directors. Conflict always springs from a lack of dialogue, but if you prepare the film extensively together, and you advance together towards the start of the shoot, your visions and your energies merge. For example, Anne Fontaine's very deep knowledge of her characters is something which feeds my inspiration. 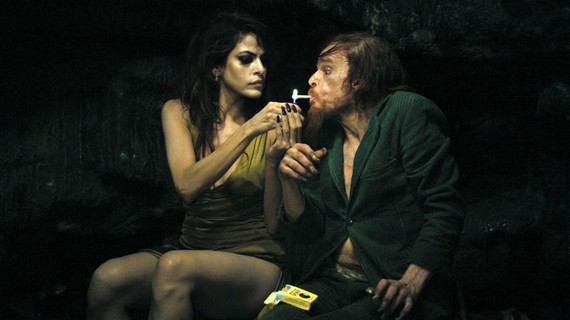 In another interview regarding Holy Motors you mentioned the director Leos Carax "wanted something that wasn't totally realistic--that was a little 'interpreted.'" How did you prepare for that vision?

In a very concrete way, probing the script, doing a lot of tests for the different technical situations the script presented: black light for the motion capture sequence, projection tests on screen for the limousine... most of the visual effects in Holy Motors were created on set.

How much planning and preparation went into your work on Of Gods and Men?

A few weeks, then we were totally immersed in the location, in the Atlas mountains, with a very cohesive technical and artistic team. The subject imposed an attitude of humility, which I think worked in favor of a successful result. 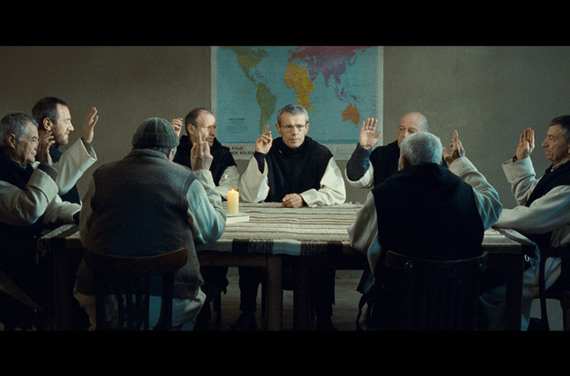 Of Gods and Men

You have worked on three films with Anne Fontaine. How did your relationship come to fruition?

I like and respect Anne enormously, how she takes on a subject, makes it her own. She's very focused on the characters, and the way she talks about them gives rise to a vision of the film. Visually she trusted me, we explored references, Ingmar Bergman, Vilhelm Hammershøi... we agreed that the environment, and obviously the costumes, were a backdrop for the faces. The faces and so the emotions were our main focus.

Your latest work, The Innocents, features a mostly female production. There are few films with a female trio: writer, director and cinematographer, while also having both critical and audience acclaim. Did you expect this kind of success?

No, as with Of Gods and Men we worked with passion. It's a powerful experience, the chance to explore these very profound themes.

What is next for you in your career?

I shot a film with a young Italian director, Irena Dionisio, whose film The Last Things was at the Venice Film Festival. It's her first film, it was fantastic to see young women going out there and making their films. Currently I'm shooting in France, in the countryside, with Xavier Beauvois. The film is about women who are the guardians of the land, during the First World War. A marvelous subject.

What the critics are saying:

"The starkness of the setting and the spare, fluid camerawork from cinematographer Caroline Champetier make the drama of their decisions pop that much more in ways that are both shocking and enlightening." - Christry Lemire of RogerEbert.com

-Margarita Sophia Cortes is a veteran entertainment publicist and currently serves on the NYWIFT Board of Directors as V.P. of Communications. Learn more about NYWIFT at www.nywift.org.