A Review of The Broken Circle Breakdown

Once upon a time I was an idealistic, young art student with a full academic load, a part-time gig slinging VHS for Blockbuster Video, and a penchant for good conversation, Camel Light cigarettes and a carafe or two of IHOP coffee. Surrounded by teens, truckers, gamers and Goths, my friends and I cajoled the answers to life's great mysteries out of every cancer-causing cloud of smoke. And then we tipped poorly. Those years are as close as I've ever come to the born again experience.

I believed in the power of art to change the world. I was convinced we could be a part of that change. I just wasn't sure how, exactly. You see, I bought cigarettes before I bought art supplies. When you step back from a born again experience, it can look a little bit like puberty. 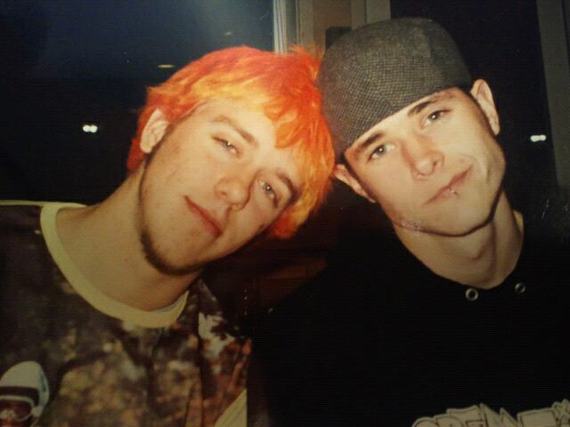 He was naïve, to be sure, but I like that young fool. After one 2D Design class, he dropped economics like a high school girlfriend. He devoured art and especially film. He was serious and stupid; eager and idealistic; all in and ready to sin. He made mistakes. Lots of them. But he was open to life -- willing to reimagine the whole damn thing as information came to light. Lucky enough to frequently stumble upon purpose.

I clearly had a narrow vision of what it means to be an artist -- or change the world. Those days, I was the idealistic young art student.

These days, I delete more emails than I read. I want more phone calls than I make. I belong to more museums than I attend. I find petitions preferable to protest. My books are mostly for decoration. Art is something I scroll past like so many baby pictures. These days, I get my news from Comedy Central, and sometimes I can't recall the guest. I realize halfway through a movie that I've watched it before. I watch movies to escape. I rent documentaries, but I watch comedies. Feels like free therapy -- an appointment that requires no pre-approval and no separate copay. These days, it seems I'm more Bullock than Bergman. The only thing I study is the clock. The only class I'm in is the upper middle.

And it kills me that I talk about writing far more than I write...

Idea after idea after idea -- just germinated -- is left to whither and die as another day smacks me in the face, pins me down, and in spite of my full bladder, repeatedly taps at my chest. My woes are weeds, and I'm too often not up for the cultivation.

I never want to be that idealistic young art student again. He was a naive, wide-eyed kid who bleached his hair and bee lined it over to Pac Sun for a pair of JNCO's the second someone said, "Yeah, these are JNCO's. Cool, right?"

All part of the process, I suppose. We buy who we think we want to be as we only begin to realize who we actually are. I readily admit that I fall into the 30-something versions of his naivety. Like many 30-somethings, I'm simultaneously settling into my skin and my couch.

I love that young man's enthusiasm. I can still learn from him. Tonight, I'm pondering just how thankful I am for the man he makes me today. If it wasn't for him, cancer would have crushed me. He taught me how to take the long way home. If he hadn't stumbled, I don't think I could fly. He is always just over my shoulder, blowing smoke in my face, and making sure I'm not blowing smoke with my life.

Speaking of cancer. And art...

This was supposed to be a movie review. The premiere of a Hoechemo original series, Cinemia: Cancer Goes To The Movies.

I remember clearly the moment I articulated that I wasn't someone who believes the world just gets worse and worse -- generation to generation. Or rather, I should say, I remember when the Art History professor I was talking to articulated this idea, and I realized that I agreed. Good waxes and wanes, but I'll leave apocalyptic thinking and other Revelations for other crusaders.

In the past few years I've occasionally succumbed to a thought that movies aren't what they used to be. That sucks. It's my fault. It's total bull shit. I mean, I wouldn't actually know, because I'm not actually watching. I've been a little preoccupied.

So Cinemia starts heavy. That's cool, right? Cancer as a theme in film is pretty heavy, because cancer is pretty heavy. So let's break the levee. Let's get this conversation going.

When I was diagnosed, the first cancer film that came into my purview after diagnosis was 50/50. It strikes me tonight that I thought that the film was a very flawed, yet very entertaining, breakthrough. I suppose I still think it is. Laughing in the face of a motherfucker like cancer is pretty central to what I do on my blog, Hoechemo. However, after seeing 50/50, It troubled me that I could scarcely recall another film confronting cancer...

How could this be? How could cancer -- something so devastatingly common to the human experience -- how could it be possible that filmmakers had nothing to say? I know the power of art -- or an ice bucket -- to change the course of history. It was just earlier today, while listening to an author and expert on autism unfold the history of our modern understanding of autism, that I was forced to ponder just how much Rain Man brought autism to the fore. Seems silly, but its absolutely true...

50/50 came out four years ago. Since then, I've realized -- like most of the human condition -- filmmakers are taking cancer on. The question is whether or not we're paying attention. Filmmakers, and artists of all stripes, are constantly asking us if we can simultaneously grow more comfortable in our skin while still taking time to say, enough is enough. In an ever more crowded media landscape, filmmakers are constantly competing for our attention, asking us to rise up off our couches -- dorm room or designer -- and contribute rather than consume. Even if it's after 9 p.m. 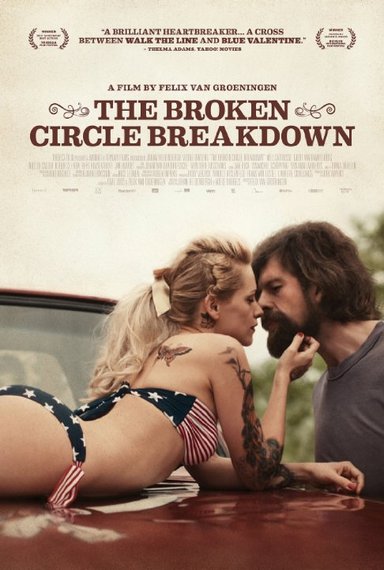 The film, The Broken Circle Breakdown, blew my mind and broke my heart. It's been too long since a movie got to me. The film gloriously recounts the tragic tale of two young Flemish musicians, Elise and Didier, who fall in love with tattoos, bluegrass, and then each other and the child, Maybelle, they didn't mean to conceive; only to stand not so silently by as their child battles and slowly succumbs to cancer, leaving them completely devastated and clueless as to how to give it one more try.

Perfect viewing for any old Tuesday night. The Broken Circle Breakdown is a transcendent meditation on what it means to be alive and where we go when we die. It speaks to the cancer experience without being a cancer movie. I'm not interested in any other kind. If you want to talk about it, we can meet at IHOP or that big blue Blockbuster in the sky.