There are certain aromas in a kitchen that spark joy – chicken roasting in the oven, garlic sautéing in butter or chocolate chip cookies cooling on the kitchen counter. Undoubtedly, my favorite is the scent of cinnamon buns right out of the oven.

This past Thanksgiving, I wanted my family to wake up to the delicious smell of freshly baked cinnamon buns for breakfast. I made the dough, let it rise, spread it with cinnamon goodness, let it rise again and then baked it. It was a laborious process and frankly, not really worth the hassle. I knew there had to be an easier way to capture those flavors without resorting to the premade canned stuff. Enter the Cinnamon Bun French Toast Casserole.

This recipe takes all of the best parts of cinnamon buns and all the best parts of French toast, marrying them in a casserole dish in a quick process that can happen the night before. Just pop the casserole pan out of the fridge and into the oven while you’re making your coffee, and breakfast is ready to be served within an hour.

This dish comes together in just 10 minutes. Just soak some day-old challah bread in a custard mixture of eggs, sugar, cinnamon and milk overnight. I like to sneak in chunks of cream cheese to mimic the cream cheese frosting you’d normally find on a cinnamon bun.

After it’s baked, drizzle the casserole with a simple powdered sugar glaze and let it melt into all the nooks and crannies. Lastly, I garnish it with some crushed-up Cinnamon Toast Crush cereal to add more cinnamon flavor and to give the dish some texture.

This dish is seriously a showstopper. The next time you want to surprise your family with a special breakfast, remember this recipe. It’s delicious, decadent and looks impressive without a lot of work.

2. Evenly arrange slices of challah in a large casserole dish, overlapping as needed. Add cream cheese on top and in between the slices, evenly distributing around.

4. Pour mixture over bread, making sure everything is covered with the milk-egg mixture. Press down to make sure each piece of bread is submerged. Cover with plastic wrap and refrigerate overnight.

5. The next morning, preheat oven to 375 degrees Fahrenheit.

6. Remove plastic wrap and place in oven for 50 to 60 minutes, until the top is crispy and the center is set.

7. In a small bowl, whisk together powdered sugar with 1/4 cup milk. Drizzle over the casserole and garnish with crushed cereal.

How To Make Your Own Samoa Cookies With Just 4 Ingredients

This Ridiculously Easy Eggnog Cake Will Win Every Holiday Party 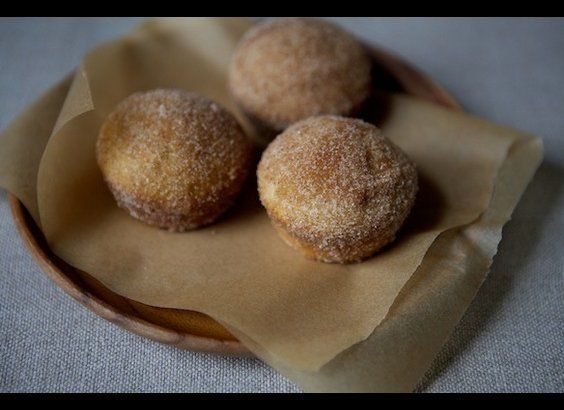