Released in U.S. theaters last week, Circumstance, by Iranian-American writer and director Maryam Keshavarz, tells a fictional story about a liberal, upper-class family whose love and affection are gradually drowned under the weight of repressive forces that swell their home with sorrow. As the apotheosis of the Iranian diasporic imagination,the film is more likely to reveal the desires and personal truths of its creator, cast, and crew than to expose dark secrets of the Orient for the pleasure of Western viewers. But Circumstance's poetic possibilities are barely legible to audiences and critics who either praise the film for its daring exposé of illicit activities or fault the film for lacking authenticity. 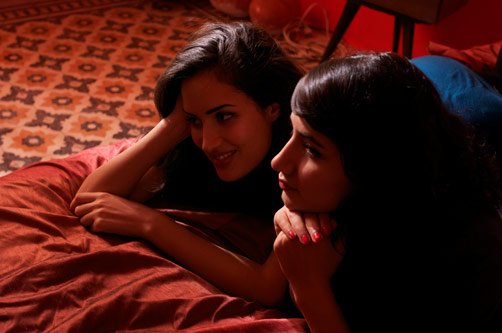 Tracking the film's reception since its world premiere at the 2011 Sundance Film Festival, where it garnered the Audience Award, I've been struck by how both positive and negative reactions from audiences and critics hinge upon whether the film, for them, successfully passes as an authentic testimony of modern struggles in Iran and a true document of underground youth culture in Iran. This frame for reading the film - indulged by reviewers from publications like The Advocate, Screen International, Variety, and The Hollywood Reporter among others - is dangerously misguided and effectively shackles an emerging Iranian-American writer-director with the weight of representation, trapped by the expectation that her film must:

Constraining the success or failure of the film within these four walls endangers the poetic possibilities of the director's vision and our cinema culture. Circumstance can be seen as the apotheosis of an Iranian diasporic imagination - more likely to reveal the desires, nostalgia, and dreams of its writer-director than expose dark secrets of the Orient for the pleasure of Western audiences. 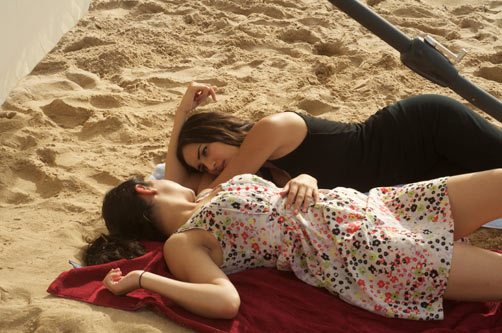 From the opening scene, the audience is lured by luscious imagery and evocative song into the fantasy world of Atefeh and Shireen, two 16-year-old girls on the brink of becoming women and who dream of absconding away together. Shireen, whose parents were writers deemed radicals and likely executed, is taken in by the warmth and security of Atefeh's upper-class family. Atefeh's beloved brother, Mehran, is a recovering drug addict so desperate to stay clean he sacrifices his passion for classical piano to adopt the higher-ground of religiosity. Meanwhile, Atefeh pulls Shireen out with her in a quest for every outlet of creativity they can find within an underground youth culture of black market films, rave night clubs, and rap music. The three young protagonists could be interpreted as facets of one character who takes different paths - a multifarious reflection of engaging with protest, the state, and fantasy under different circumstances. 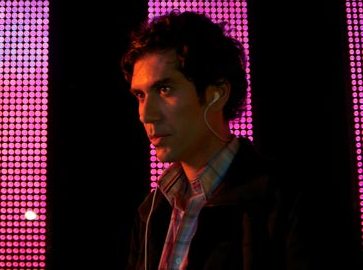 Animosity soon replaces tenderness as the siblings head in opposite directions. Despite the parents' efforts to create a haven within their home, repression steadily encroaches on their private lives and impossible compromises must be made to hold together what remains of their family. Keshavarz cast an ensemble of serious acting talents (some even, making their feature film debut in Circumstance) from Vancouver, Los Angeles, Tehran, Paris, and Toronto. Nikohl Boosheri, Sarah Kazemy, Reza Sixo Safai, Soheil Parsa, and Nasrin Pakkho worked together with remarkable chemistry telling of past, and hopefully, future collaborations.

Cinematographer Brian Rigney Hubbard and composer Gingger Shankar create a cinematic language and atmosphere that viscerally moves between the duality of public and private, the "reality" and fantasy worlds of the characters. 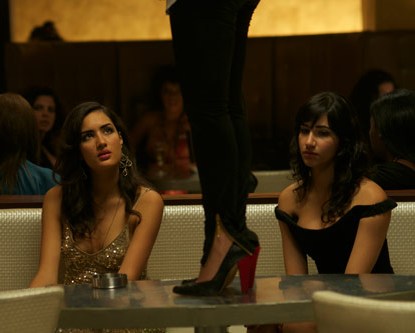 The widest shots cue us into a place of unbridled freedom - for the young protagonists, this looks like fantasies of belly dancing lovers sparkling behind billowy smoke and escaping to a Dubai that looks like Miami. The "reality" of the film is represented in tighter, almost claustrophobic shots and darker hues. The coldest images seen are the footage taken by a surveillance camera. Atefeh confronts the camera's intrusive lens directly, challenging her brother's attempts to capture "the truth."

Revealing the dangers of the camera, Circumstance sets us up to be weary of adopting images on screen as true, authentic documents of reality. 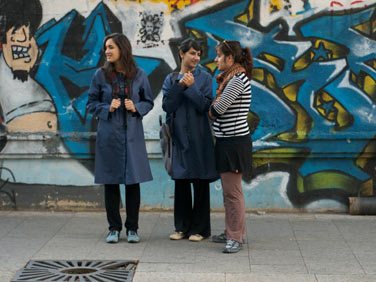 The film is a manifestation of the director's imagination, made with the deliberate choice to be a piece of fiction, even after Keshavarz gained critical praise for her charming feature documentary film about romance amongst Iranian youth, The Color of Love (2004). A male Iranian journalist for The Daily Beast recently reported that Circumstance presented an inauthentic portrayal of women in Iran, based on information he himself had ascertained from "real" Iranian women who said the film was not reflective of their lives. But what an unreasonable expectation to put on a storyteller - how can we demand any fiction film (or even documentary film, for that matter) to be representative of the life experiences and histories of an entire nation and peoples? Artists are not native informants. It is unfortunate when we demand them to deliver an impossible universal truth.

Even so, the concepts of truth and fantasy can indeed be recognized within each other. Keshavarz has described how she overcame her own self-censorship in order to dig at a deeper truth within multiple drafts of the story. This is an internal truth that belongs to the experiences and thoughts of the writer/director herself - a child of immigrants who was born in Brooklyn, a filmmaker trained at New York University, and a creative storyteller whose imagination was captivated by the people she grew up with when visiting family and friends in Iran.

It is not a truth obligated to reflect the experiences of the many different people living in Iran. Past expectations of providing authentic testimony of human rights abuses, state repression, or underground youth culture, what shines through Circumstance is this intimate truth born out of a deeply personal vulnerability. And if audiences open themselves wide enough to enter the world imagined, they might just be able to find something of their own truth put to light. ***

All images from Roadside Attractions, courtesy of Brian Rigney Hubbard