Even today, running away to join the circus has a glorious sound to it: It's a myth of reinvention, of taking on a new identity, of dressing in spangles and glitter and swinging above the crowds on a trapeze. It doesn't matter that circus performers train as long as athletes, that they're amazingly disciplined, and that circus life is hard -- what matters is that the circus is a magical, alluring, irresistible place -- a place that has captured the imagination for centuries.

The first modern circuses began in England in the 18th century, featuring riders -- usually returning soldiers who had trained horses in the military -- performing tricks on horseback. In the next hundred years, acts became more daring, and circus impresarios discovered that women attracted audiences more than men. Here's Ada Costello, riding her horse Jupiter in a Ringling Bros. poster from 1899. 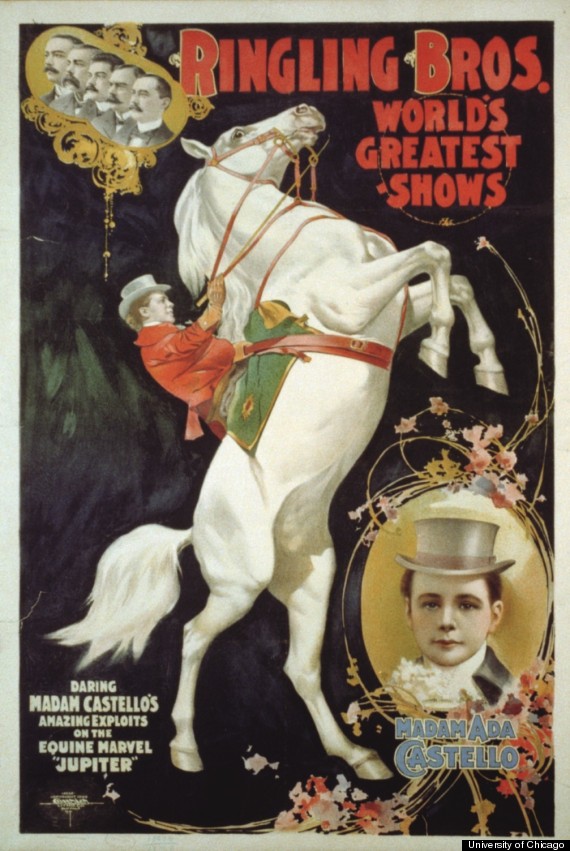 Besides Barnum & Bailey and the Ringlings, there were hundreds of smaller circuses throughout the world. In Paris, the wealthy Ernest Molier who trained as a riding master, invited some of his well-heeled friends to perform for specially invited guests. Here's a painting of the Cirque Molier by James Tissot, Women of Paris: The Circus Lover, showing two muscular aristocrats perched on trapezes. 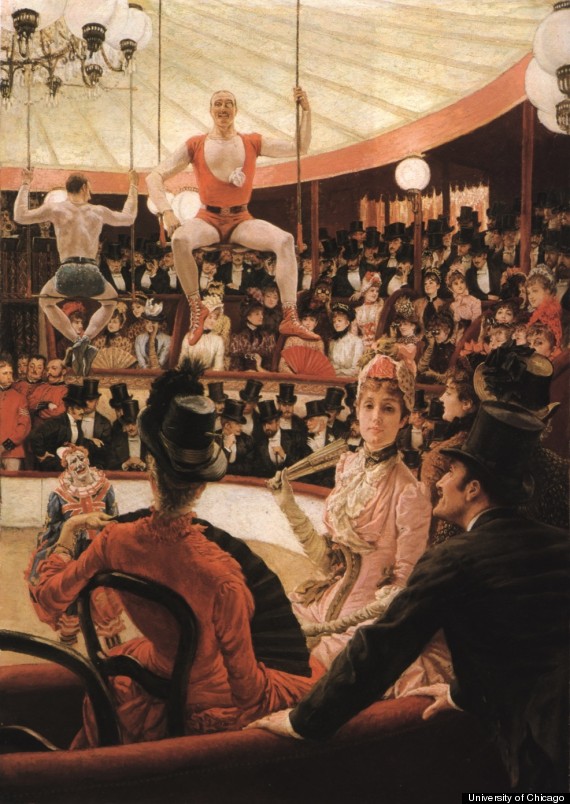 Although one-ring circuses were favored in Europe, American circuses grew dramatically in the 19th century, known as the Golden Age of the Circus. Barnum & Bailey expanded to three rings, employing 1,200 people and transporting 330 horses and scores of animals around the US. Here's a circus train, as it looks now at the Ringling museum in Florida. 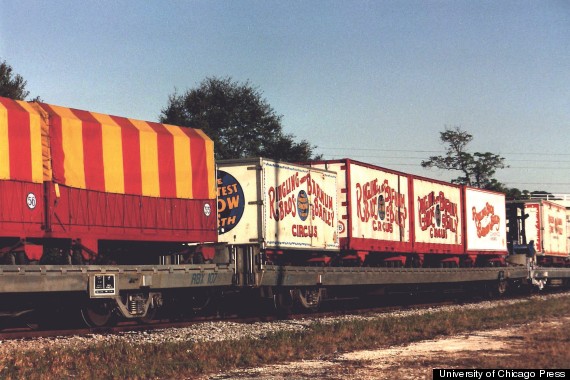 Circus goers were enraptured with aerialists, who seemed to defy gravity to soar through the air. Among the most famous were the Hanlon Brothers, who designed fabulously theatrical acts, such as "Le Voyage En Suisse," depicted in this poster. 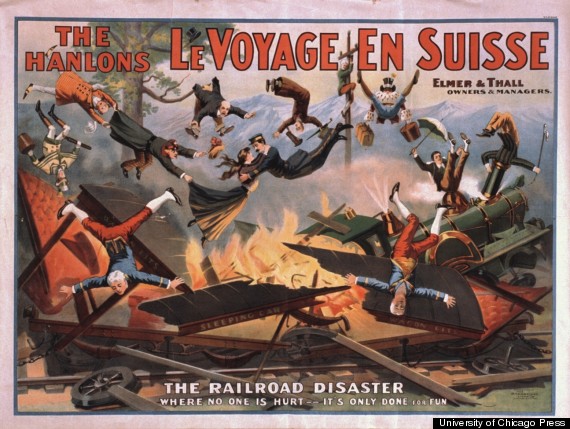 Tightrope walkers made their performances ever more perilous by walking on stilts, dancing, or riding bicycles. Here's an exotic-looking tightrope walker from 1890s Paris. 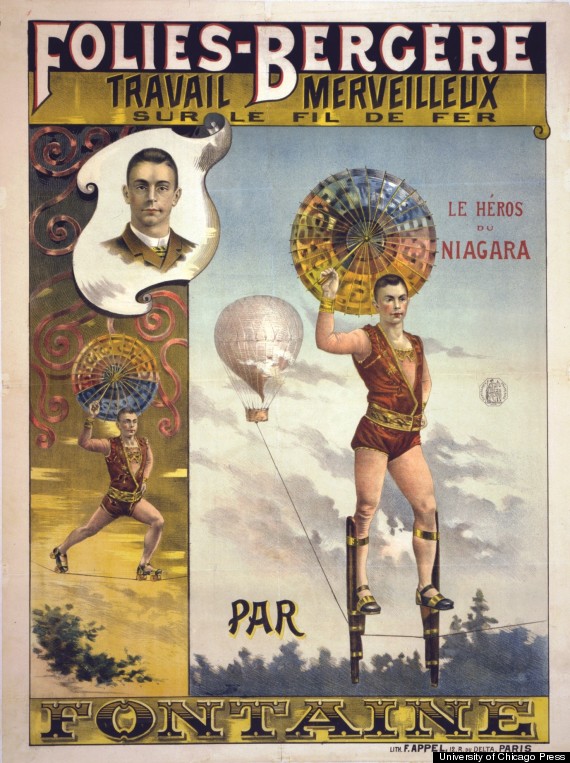 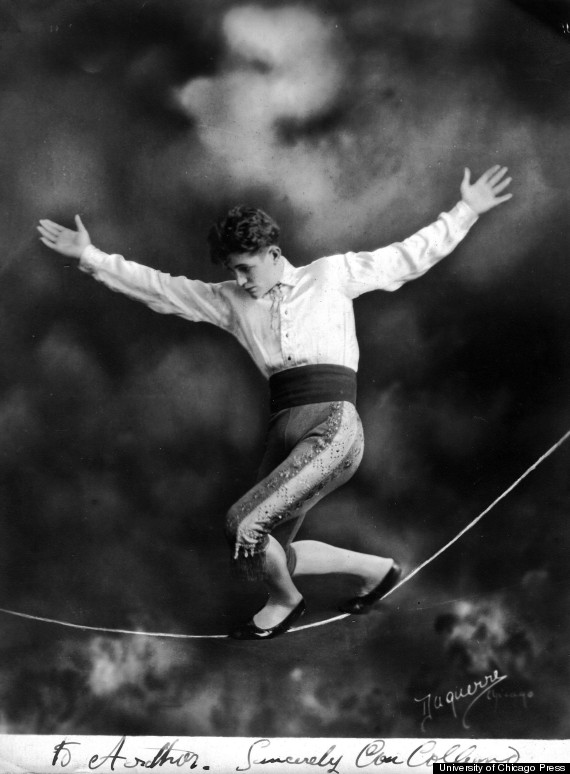 As circuses expanded, their owners added whatever animals they could afford, besides horses. A provincial circus might have a few dogs doing tricks; a wealthy circus might be able to add an elephant. This poster from 1900 shows clowns performing with geese and a musical donkey. 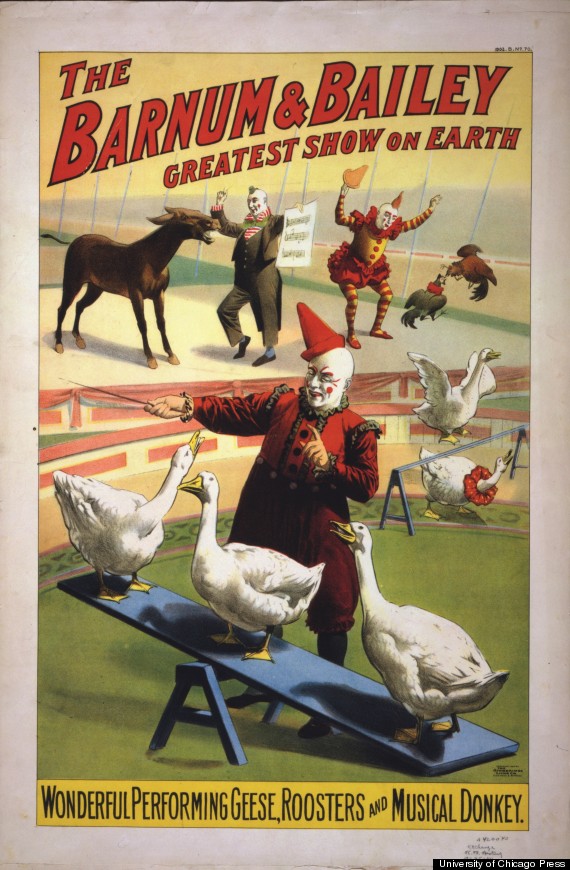 A poster from the enormous John Robinson's Menagerie shows enough animals to fill a zoo. For audiences in small cities and towns, seeing unfamiliar animals was as exciting as seeing daring performers. 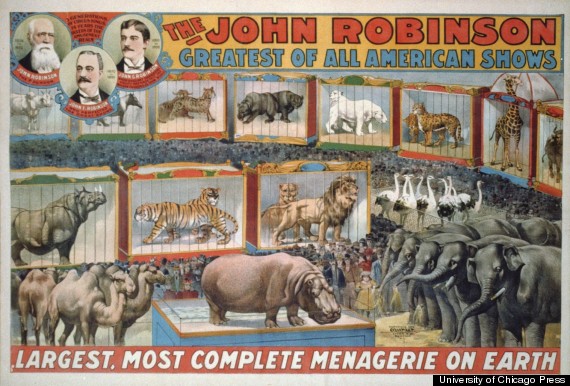 Animal acts generated controversy about whether animals were treated cruelly, but many trainers insisted that they used a "gentling" method: building upon an animal's natural behavior and reinforcing tricks with rewards. Women trainers had a special appeal, as this photograph shows. 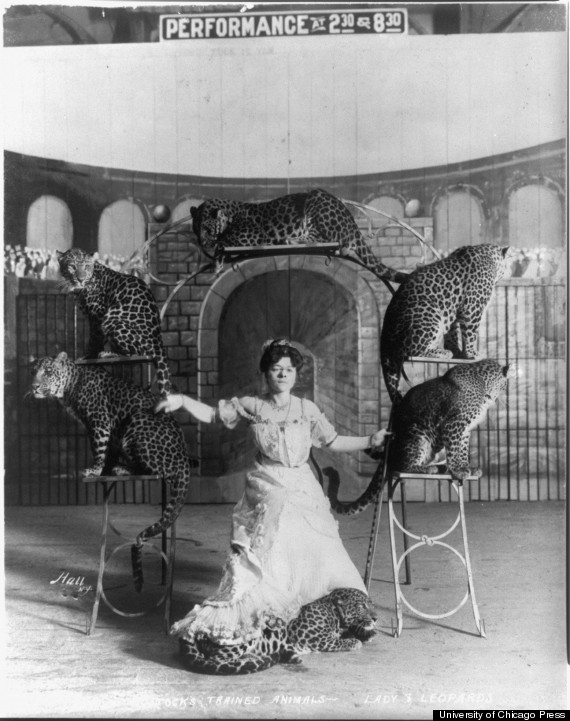 Performers constantly invented new ways to startle viewers. In the late 19th century, human cannonballs came on the scene, depicted in this poster from the famous Cirque d'Eté in Paris. 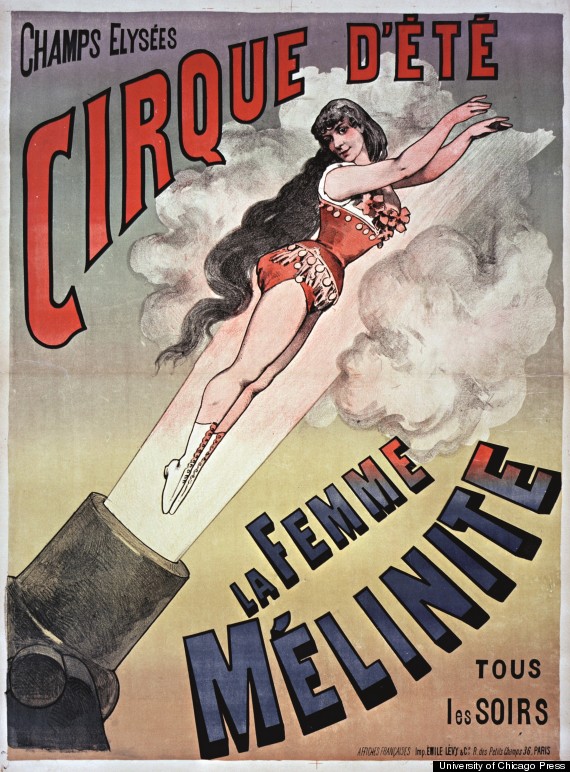 The range of acrobatic acts is represented by an East Asian troupe, performing in the late 19th century. 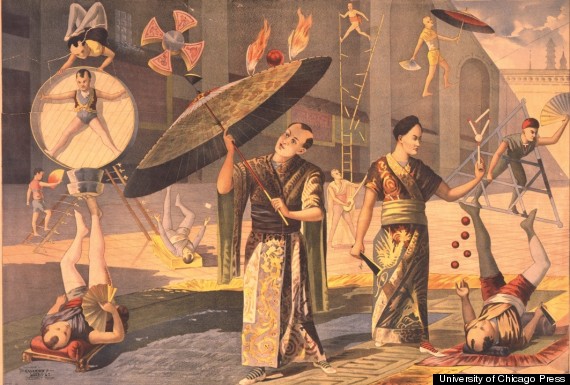 And no circus is complete with a clown. Here's Pulchinella, a character from the 17th century commedia dell'arte, who served as a model for many clown personalities. 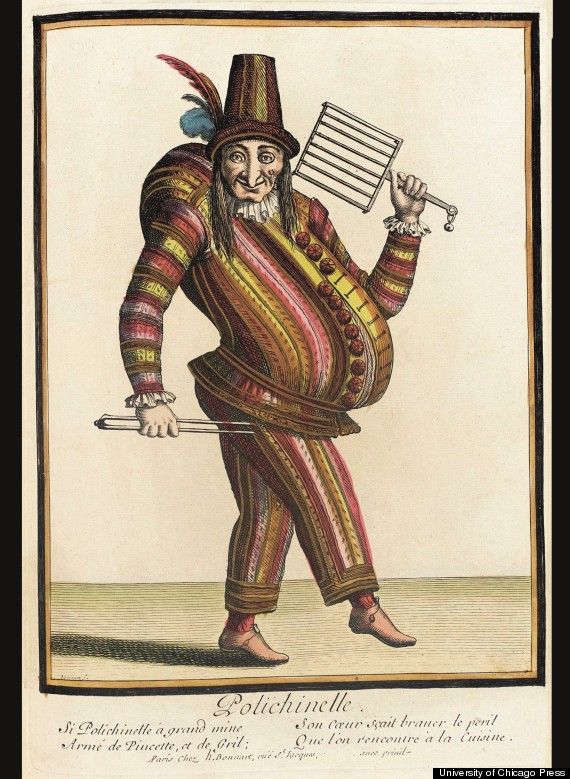 The circus today may incorporate slick technologies or look back nostalgically to real or imagined innocence, but it has one constant. From the first time a daredevil walked on a rope,
or a wandering family of acrobats cavorted on a Paris street corner, the circus has celebrated the fleeting moment of magical spectacle. There is laughter, awe, desire, envy. And then, it's gone.

Linda Simon is the author of The Greatest Shows on Earth.