When I was young, I struggled with math. It was always taught in a language-heavy way, and I'm dyslexic, so that didn't work out too well for me. Eventually, my dad tried something that got me over those language barriers. He drew pictures of what the words and the symbols were trying to convey. Math transformed into mechanisms that I could visualize, and that made all the difference.

As an engineering undergrad I made some extra cash by tutoring math on the side. I was shocked to discover that a huge proportion of the students needing my help were running into language barriers. It wasn't limited to dyslexics or English language learners, but I observed it in students of all walks of life and language proficiency levels. Based on my observations, I conjectured that the ability to visualize math is generally useful for all students. 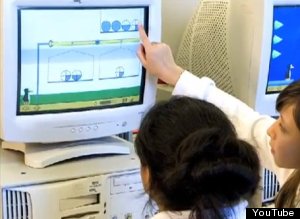 What started out as a simple conjecture turned into a lifelong endeavor. For the past 17 years, I've spent practically every waking hour researching and developing methods to enable students to understand math visually in ways that do not depend on language. I started a nonprofit organization to amplify this pursuit, and over the years we've developed thousands of visual puzzle-based math games. We've probably learned more about what doesn't work than what does, but our recent string of success suggests we're on the right track.

By representing math problems visually, we can show students why their answers are right, as well as why their answers are sometimes wrong. And thanks to software, we can do this in real-time. As students move through the math games at their own pace, they receive immediate, informative feedback on each interactions. We also discovered that if we build the games right, the students are intrinsically motivated to solve the problems. We don't need to bribe them with extrinsic rewards. Figuring things out makes for their own reward. Perhaps more importantly, students build a thirst for challenge and lifelong learning. 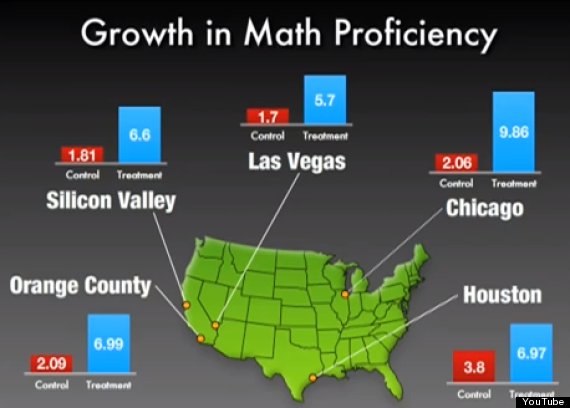 Today, about half a million children in 30 states are learning math with our program, called Spatial Temporal Math, or ST Math for short. With so many students now using the ST Math instructional software from charter schools like Kipp and Rocketship to inner-city public schools in Los Angeles and New York, people are starting to take notice of the results. On average, schools implementing our ST Math visual learning program improve their math proficiency as measured by their respective state-mandated tests, at two or three times the rate of their peers.

This week, education industry leaders are gathering at the Education Innovation Summit in Phoenix, Ariz., and I will have the opportunity to share the ST Math concept and its results with them. My hope is that they will want as many students as possible to have access to this approach.

The importance of improving math education is increasingly urgent. America ranks 25 out of 34 industrialized nations on math tests, which is pitiful, but it's not just a patriotic issue. Tomorrow's jobs -- more than 8 million by 2018 -- will require skills in science, technology, engineering and math (STEM) fields, with math being at the heart. We need students to have a deep and solid understanding of math and the ability to utilize it in the solving of non-routine problems.

We believe that all students have the cognitive horsepower to be proficient or advanced in mathematics all the way through algebra and beyond. By letting students visualize the math and intrinsically motivating students to solve increasingly difficult puzzles, we have a scalable vehicle for making this belief a reality.